That’s it, nothing devious or cunning - so what’s your icon backstory?

once upon a time i played this “small” “obscure” "mostly “unknown” “indie” game called World of Warcraft, (doubt any of you would have likely heard of it)

anyways, in this game you could pick anything you wanted to be; meng, womenz, livestock, Dolphins, fluffy pillows and corporate CEO Skellingtons
BUT, being a spoiled, fickle and veeery picky type brain, i decided none of the current existing options were good enough for me, so i set out to create my own “being”

after much sacrifice and many lab rat and gremlin testings and experimentation, these mad science trials resulted in this EUREKA moment

, (while scraping recent green goo off myself), where i decided:
“feck it”
and just picked Gnome, and never went back since
also happened to be no person could ever pronounce my name correctly so they would gargle over it and shorten it instead and i became Gnuffi
hence, Gnuffi Gnome

now, where is that monkey and owl for my next creation experiment

Gnuffi always takes that one high value legendary from my board with 6 other 1/1 tokens on it.

Mine would have been self explanatory if it wasn’t for the fact that my original name is harder and harder to use anywhere as hyphens become outlawed for some in-explicit reason.

Mine’s Constanze from Little Witch Academia, not even the character I like the most from the show but she has a cute design.

Mines the smuggest cyborg ninja in the world

Mine’s a W. I’ve always been a fan of Johannes Gutenberg and Giambattista Bodoni; the former invented the movable-type printing press, while the latter perfected the formulae.

I’m quite attached to my green ‘N’

This week there was someone else with a similar coloured N, I seriously thought about messaging them and asking them to change it, my account was first but that’s a crazy person thing to do.

As for the name, I changed my gaming name a little while ago and wanted something related to my actual name and otherworldly, ‘N E B’ are my initials so nebula was perfect. The 7 is just because I wasn’t allowed plain old nebula.

If they pop up again I’m going to reconsider… 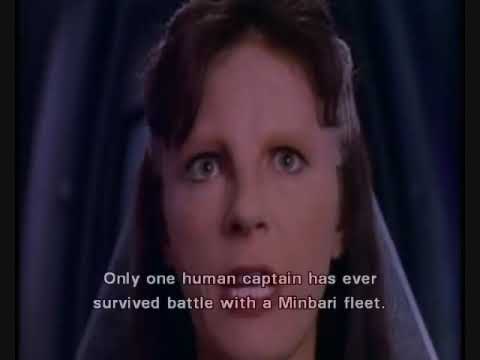 Pyrotrap is the name I’ve been using for a long time on sites. When I saw the news about the discovery of the Trappist system with all it’s potential habitable planets, I thought “heh finally a place just for me.” Then I saw this picture and thought the two planets going in front of the Trappist sun made it look like a face (with just eyes) and went “that will make a neat avatar pic.” And so I made it my avatar. The End.

You said Trappist and now I want a beer. Damn you Trappist Monks, why is your beer so tasty?..

So one day I randomly decide to edit Spongebob with a mafia hat, sunglasses and holding a gun (instead of a blowdryer) just to see if I could.

It took 2 hours, but I managed to do it.

Obvious W for Wumbo is obvious.

That one is from the SOPA times, I’m just too lazy to change it and use it for all my profile pictures. I kind of like though.

I’m planning to change it to a more lore-y (not even a real word) profile pic in the future like a Black Templar Terminator Space Marine or just a simple Black Templar Battle Brother.

If you can’t tell, I’m a freaking Black Templar Fanatic (and I think Ultramarines, Blood Ravens, and to some extent, the Deathwatch are over-rated. Fight me)

It’s a bit hard to see, but mine is a caption of Jack Rakan: quite possibly the most overpowered character in manga history.
In the manga he appears in, he has many titles including “The strongest gladiator”, “The man with a thousand swords” and “The Invincible Idiot”.
To quote the manga “He built up his strength over 40 years of blood, sweat, and well, I don’t know about tears”, and “He breaks every rule in the book so often, the book might as well not even exist”.

His feats include, but are not limited to: Stealing the panties of 4 girls in an instant without them noticing anything until he showed them. Using said panties to locate the group of girls instantly from 10 km away, creating a sword the size of a car, and throwing it with pinpoint accuracy at said group of girls at Mach 2 speeds, then JUMPING on the sword and using it as a surf board to travel.

His very existence was erased, but he gave reality the middle finger and came back to give his pupil a pep talk, then reappeared somewhere else to watch the fireworks, because according to him “we all have to wipe our own damn asses”, so if he didn’t cause a problem, it’s not his obligation to fix it.

Nishimiya from Keo no katachi Ahn Hyo-jin (Hangul: 안효진; born December 10, 1991), professionally known as LE (/ˈɛli/), is a South Korean rapper, producer and songwriter. She has been a member of K-pop girl group EXID since 2012. She was also previously a member of the underground hip hop group, Jiggy Fellaz, performing under the stage name, Elly. LE left Banana Culture on March 25, 2020. EXID officially debuted on February 16, 2012, with the release of their debut single, "Whoz That Girl". In May 2012, LE collaborated with ...