Also here’s a bird I shot on holiday

I appreciate your wording.

Also here’s a bird I shot on holiday

I appreciate your wording.

yeah, though i guess maybe he deserved it

And this is what we were doing all day yesterday…

Plus we made 7 mini meatloaves, 20 hamburgers, and i have 4(10 each) bags of chicken wings and 8 dinners of pork chops(sliced with our meat slicer)

Nice, glad to see some people still keep the traditions alive and appreciate good home made food. Thats a literal sausage fest. Did you add spices and will smoke 'em in the attic?

Halfway down its not water, its the apartment building roof ledge, but I went for this misty water illusion. No camera effects or photoshop whatsoever. Just proper timing, aperture and ISO settings.

Did you add spices and will smoke 'em in the attic?

Just added salt, pepper, a little bit of cayenne pepper, basil and garlic. Threw them in the freezer. No attic here. They are so good, done on the grill with some peppers and onions…

This is such a marvelous rose flower, one of the best from the garden that my wife had put so much effort into.

We get about 4 eggs a day these days from our quail. (She asked me to add that she takes care of the quail too.)

This iris flower is beautiful and absolutely huge.

@YQMaoski So much pretty and the egg colour! Your wife has an earth thumb for sure. ^^

Thanks! My wife specifically bought these blue eggs originally, and we have 3 laying the blue eggs and 1 laying the brown spotted egg. Though in this picture, that one looks quite blue as well. It’s a recessive trait, so they were specifically bred. The one laying the brown egg (standard color) is interesting because the inside of the egg is still blue. We like the color and so these look like giant robin’s eggs, but they are quite a bit bigger.

It’s July 4th here in the US, so a lot of things are red, white, and blue.

We started our day with red, white, and blueberry pancakes.

Very colourful! Hope it was just as tasty. I’m odd when it comes to food. Right now, too much going on a small area, I separate things and then put them together by the forkful if I like the taste, hee hee.

Edit: Oh right! It’s the actual 4th. Sleepy brain. May the fourth be with you, Mao!

Yup, just tasty as it was colorful.

We had a little ‘parade’ here in Vilnius,Lithuania to commemorate July 4th as well.

I’ve had a bit of an issue finding enthusiasm for cooking recently. It can often feel pointless to put effort into it when cooking only for one’s self. So in an effort to overcome lethargy I figured I’d try to share it, if not the food itself, at least the results with others.

Yesterday I tried my hand at making a pork loin roast stuffed with duxelles, which is finely minced and sauteed mushrooms and shallots which I further seasoned with thyme and a good bit of butter.

It turned out to be a pretty hard dish to photograph as the duxelles turns into a pretty grey indistinct mass that on most of the pictures I took just ended up looking like grouting. It turned out really nice though, the mushrooms ended up with a very nice mellow and kind of lightly sweet flavour which soaked into the meat. Despite it looking kind of dry it was quite the opposite as the mushrooms soaked up and provided a lot of moisture for the dish.

Ah yes, with my favourite side dish; raw potatoes

Preserves a lot of the vitamins better that way. So many of them are water soluble and break down from heat.

Outside, staring at this and sipping a beer.

And if you have a pair of binoculars and you are in the northern hemisphere, try to get out in the next few days and look for this comet Neowise. Very visible with binoculars or telescope, not too easily with the naked eye. 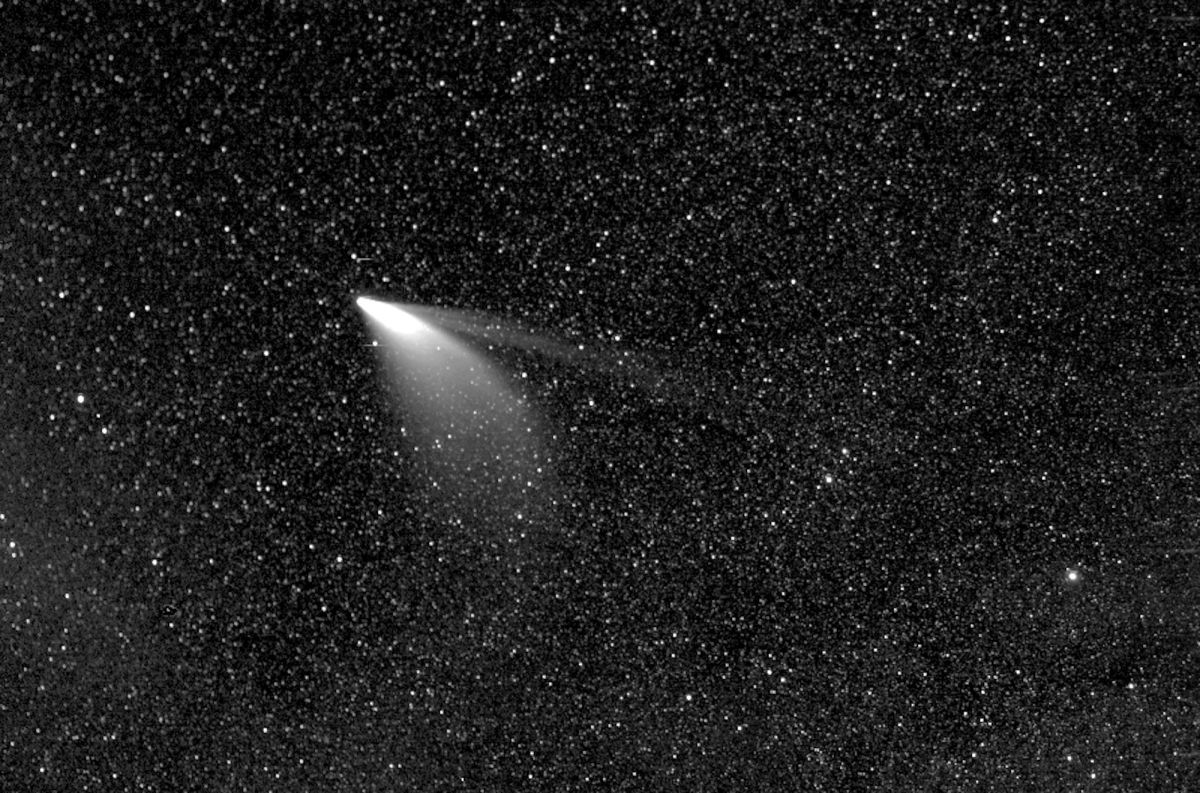 I can’t really show a photo. But the weather has been very cooperative yesterday and today.

Listening to one of those + ocean waves can sometimes help me fall asleep. Myrr.

Didn’t realize how late it is… Haha! We spent 5 hours outside and it felt so much shorter. We did keep grabbing more beer and throwing more logs on the fire.