sh its a secret ( i do nothing like the image)

Most of what’s on my Steam Wishlist are gamedev assets, but people know this.

Yeah. I want those off my wishlist (and in inventory) most of all.

woa, can’t believe it’s been a year already, i feel like it was last year just a day ago

There’s snow on the ground here; I hope it stays for a few days…

Extremely annoyed. I knew Epic Games was utter garbage, and yet despite my better judgement, I bought a game there for my brother. It doesn’t launch and they refuse to refund. What a great first experience but I am honestly not surprised.

Not even a free game coupon
If it doesn’t work at all surely it qualifies ; P

and they refuse to refund

didn’t Epic say they had a no questions asked refund policy??

didn’t Epic say they had a no questions asked refund policy??

yes, no questions asked, so asking for a refund means you’re automatically disqualified

They dont ask you any questions,they just dont refund you.

That’s sad. I have games that won’t launch but assume that’s due to potato. Other games run just fine. Myrr. Sucky experience. T_T

some games use different operative sistem uf for example the house of the dead not run correctly in this machine t.t

Nope. If you look at their return policy, its exactly like Steam’s. 2hrs on it? Nope. If you have 0 hours or perhaps 1hr, but its been 14 days? Nope.

aahh well yea, i do recall it being the usual “within 14 days” so that makes some sense at least
still a bummer, but unfortunately not dissimilar to others iirc, that aren’t GoG where it’s 1 month

Today was an interesting ( and by that i mean terrible ) day of dealing with PC issues.

First of all i had to deal with bizarre crackling sound from my PC around CPU/RAM area. After an hour or so trying to diagnose the problem with @Pylinaer we’ve found the culprit. My Radeon GPU found a way to screw with me once more and it seems that latest GPU Driver update , somehow , caused that crackling noise. I’ve rolled back drivers to the last version i’ve used and was done with it.

I have played a little bit of DoS:2 after that and left home with some stuff to take care of.

I took a nice nap after i’ve come back home and after i woke up i’ve decided to game a bit and HELLO . ‘Critical process died’ blue screen on boot. After probably two hours of trying every, and i mean every , single fix known in the universe at least twice i just did a clean windows install. Currently trying to set up my things back as they there as for safety reason i wiped all my drives clean. I honestly never seen windows so bricked in over 20 years of using them.

Thankfully i have quite fast internet so redownloading everything shouldnt take too long. 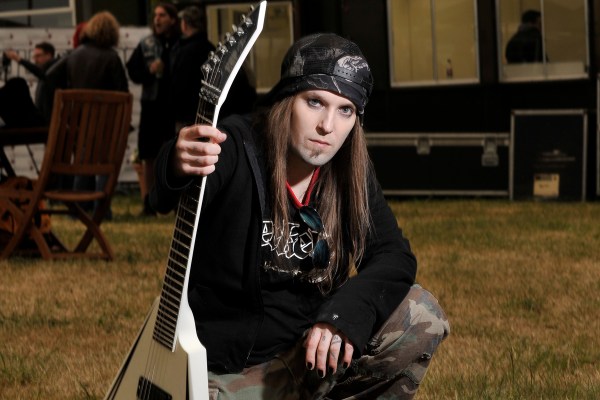 Perkele…
The end of an amazing musical era… My all time favorite guitar player and music creator… At least I had the honor of seeing him 3 times and tattooing his first official album cover art on my arm 'till I get the same fate.

I’m even kind of shocked and surprised despite his reckless way of living. Hope he died with bottle of Jack Daniel’s in his hand, which I will be having the whole night.

Omfg… and i just did listen to CoB while i was adjusting my sound options after windows reinstall…what the fuck.

MF Doom also died recently and his death was kept hidden, similar to Alexi (https://www.rollingstone.com/music/music-news/mf-doom-dead-1109072/). He was 49, so slightly older than Alexi (who was only 41), but they both died way too young and it saddens me. Hope they make a rap/metal band in Hell