This was me at the beginning of March…

@SeekerSupreme lolz 'Cute Air’
I needed that after realizing that no one in the Kingdom Classic goes F2P thread realized that I have a Steam Key that will NEVER GET USED NOW.

Well, unless I make a second Steam account… e.e
(but no legitimate player actually does that unless scammed by someone else)

I wouldn’t write off the Kingdom: Classic key just yet.

As the game if now permanently free (Sub ID 521752), it is unlikely that its commercial license (Sub ID 231913) will ever be sold anywhere anymore.
This means that those commercial keys (like the one you have) will be the only way for people to get a license that drops Steam cards. With time those keys will become more and more rare, and the demand for them will grow. That’s one reason.

The other one is more important. In a decade or so, some assholes might decide this game needs a “remaster”. They might remove the option to acquire the original from the stores and replace it with the new, uglier version (like they did with Kingdoms of Amalur), or the new, all-shit, how-dare-they, fuck-them-forever version (like they did with Heroes of Might and Magic III). In such a case (and time) this key will become VERY valuable.

Some fun numbers and why going console is a difficult thing here over the past few years.

PS2 prices at US launch in 2000 was 299 USD, at that time one dollar was about 1,92 BRL, it would cost without tax approximately 574 BRL. PS2 was only officially launched here at a much later date in 2009 when PS2 was already at a reduced price of only 99 USD (1 USD : 1,73 BRL, 171 BRL at the time), but official prices were of 799 BRL. I was gifted mine (the Slim version) when I was a kid around 2005, much sooner than the official launch, and I could remember the price was about 999 BRL, which was already reduced from the 1499 BRL in 2002. Many people would buy directly in the US and re-sell it here for a higher price, you could find it even in “wallmart-like” supermarkets.

Here comes a new challenger! PS4 comes at a much faster pace, arriving here in the same year of the US release in 2013, costing about 399 USD, woah 100 dollars cheaper and it’s better than the PS3?! Amazing! But hold on, in Brazil it was 4000 BRL, like, what? The claim was due to government taxes that were equivalent of 63% of the total cost of the console. The dollar conversion wasn’t even that high at the time either, about 2,30. We sure held the record of most expensive console.

Now it’s the time for the PS5, we’re currently at 5,34 conversion right now, pretty much in deep shit. It wasn’t a surprise that the cost would be high again this time, 499/399 USD for regular/digital versions, and we would get 4999/4499 BRL, but Sony surprisingly has reduced a little bit with new cost of 4699/4199 BRL. But guess what, with the whole online-only purchase and people being scumbags mass stocking, the same is happening over here and we see it being re-sold at grey markets at absurd prices just like the old days:

Whooping double the original price! The sad part is that desperate people with lots of money and little brain will buy it anyway.

Looking at something similar, if not quite as outrageous, on graphics cards in Sweden at the moment. The launch prices for each of the new series costing far and above what the announced US prices suggest, even taking into account currency conversions and taxes. Looking at 3080s right now costing about as much as my budget was for the entire system I built about 10 years ago.

You might say that’s how inflation works or something like that, but CPUs have not seen as drastic a raise in prices and motherboards are pretty much the same, if not cheaper.

Ps5 is on the other hand relatively reasonably priced, 6000 SEK which is only about 40% more than the currency converted 4250 the 499 USD would turn into. Of course that is if you can get one.

@Enki The feels with inflation and how prices vary here for such things in the name of them being luxury items. Some excuse considering that all else is expensive too. Heh.

In cute new, I know my cat love me - 2nd time this month she jumped through the window and mewed loudly: she had bought in a small dead rat. Nice kitty. Look what you did all by yourself. pets

There is word that, unfortunately, it appears that AMD is pulling a 2080 Ti with their graphics cards - where the actual MSRP pricing is well above the Reference Card cost. Which sucks, because I was looking at getting a 6800 if they were good (and have a USB-C out)

People: Talking about expensive tech
Me: Needs hardware upgrading
Also Me: Gets so little she may as well steal everything she needs
Also Also Me: Is angry and stressed out and is about ready to take a police cruiser and ram it through City Hall…

Imagine the feels of the people those “gets” are being extorted from. 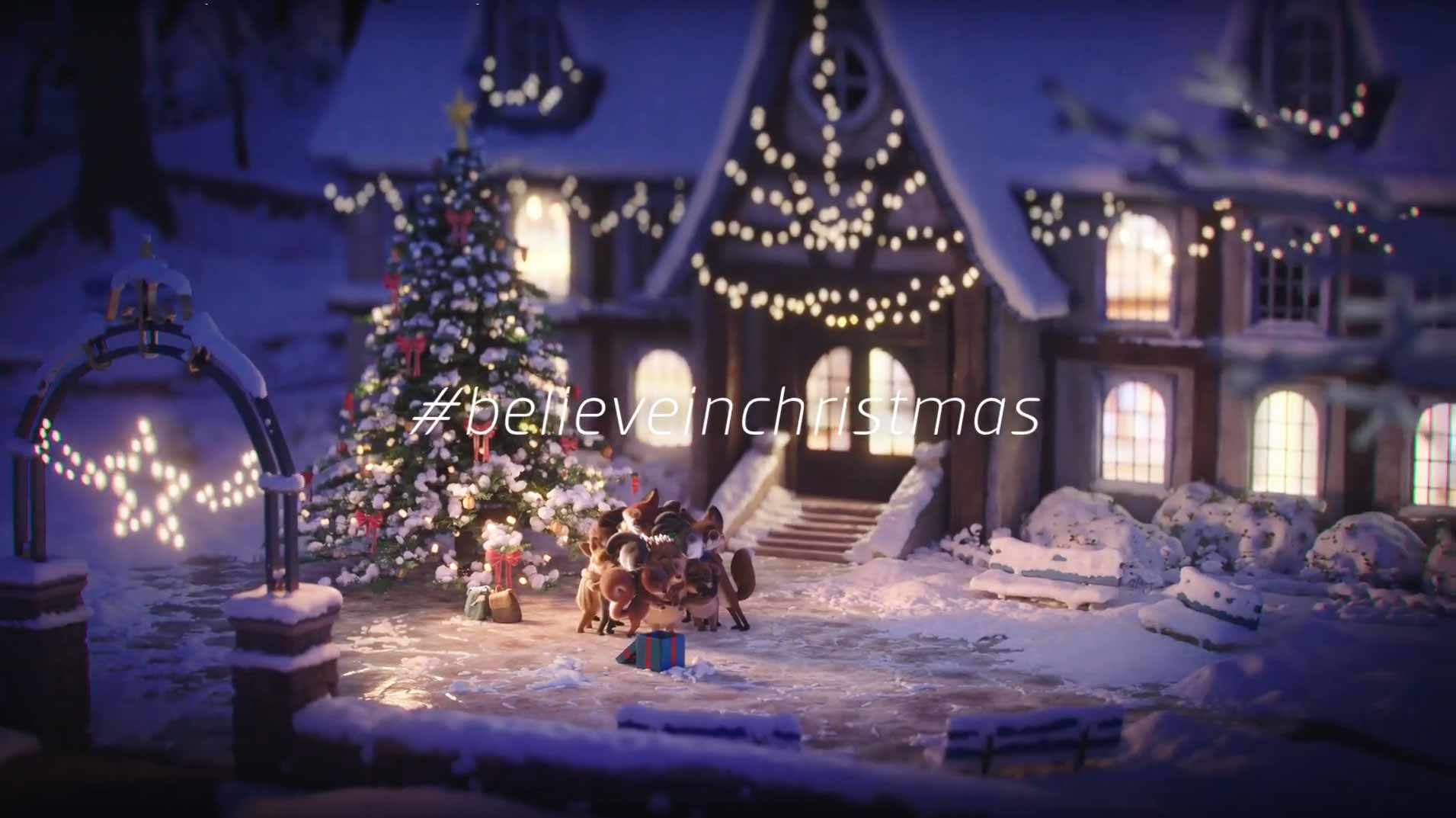 Adorable woodland creatures come to life in this heart-tugging Christmas ad from Germany.

That’s beautiful. Thank you for sharing!

Taxation is theft. I know and recognize this.
It is how I get money every month, but it is meant to be enough to pay living expenses, which mine is not, at least not alone. The fact that they say I could hold a job and make crackerpay, or peanutpay or whatever the terminology is called, and then go back on that if somehow I make too much and not know it, is nonsense. Of course, it just means that I have to work for four hour shifts at minimum wage salary. All sounds well and good. UNTIL YOU GET TO THE PART WHERE EMPLOYERS ARE SECRETLY ALLOWED TO DISCRIMINATE AGAINST POTENTIAL HIRES FOR ANY REASON AND NEVER DOCUMENT IT. Happens to me because I’m definitely not an ideal hire, even if I’m willing to work.

Why wouldn’t you? (sell your services/products directly, make your own employment)

Why wouldn’t you? (sell your services/products directly, make your own employment)

Well, most certainly, I am going to, but I am wary of idiots and societal misconduct enforcement, such as those thugs with badges and guns coming around and saying that ‘i NeEd A lIcEnSe’ to do private business, even on my own property.

Idiots and government man are unavoidable. Better accept that and just limit the interactions when possible. Shooting them up is not an option. It’s nice to fantasize about it, but no - we’d go to jail (and we too pretty to go to jail).

Selling commodities is a relatively high risk, low profit business, with at least some investment needed. (Unless you’re selling trinkets, art etc. on Etsy and the likes, that’s a different story.)

I was mostly thinking about selling your services.
You might not realize it, but your mother tongue is one of the most valuable tools in demand (and certainly the most important one). People pay a lot of money for native speaker interactions and tutoring. There’s a multitude of delivery options/ possible arrangements and you already have a rig that gives you access to the global market.
Any kind of skill that you might have can be sold as a service - even if you don’t think much of it. Proofreading, copyrighting, graphics editing maybe? (you design games on your own, that takes skills that could be monetized).

Tell me more, in PM if need be. My issue is that I can’t accept online paypment (asfai), as my stupid government sees it as small me getting foreign exchange. How awful, right?

Let’s not talk about the politicians in the last party that defrauded the WHOLE COUNTRY of millions and then fled the island.

Anyway, let’s chat some more. I’ve often thought about proofreading and other don’t leave the house kinds of things, but not sure how to get into it. So many fraudulent sites out there. >.<

A disclaimer first: It’s been years since I’ve been accepting p2p payments for p2p service delivery, only invoicing businesses now. The government is far up my ass with binoculars, so I can only deal via bank wire transfers. What’s below comes from general awareness, rather than current experience; so please do the extra google research relevant to your local options/restrictions.

There are several options: