I believe the PS3 was notoriously hard to port games from, the hardware architecture was so radically different from everything else that you’d basically have to just recode games in their entirety and that’s why we see so few, or any(?) games ported over from or to it.

So as much as it might seem like just obviously easy money to port an old game to anything else some times that’s really not the case. Possibly the only way for us to get Demon Souls on PC is to wait another decade or two until we can emulate the PS3 properly.

I believe the PS3 was notoriously hard to port games from

That very well could be a case, i can’t say i’m familiar with PS3 intricacies though i feel that market for this game is definitely there and it should be worth it financially anyway.

Also it would be serious act of fan service elevating FromSoftware even higher in the eyes of players.

The squirrel is so ready to stay-at-home for a good while. ^^

Those better not be acorns

saying SekiroSoulsBorne is just too much

wait another decade or two until we can emulate the PS3 properly.

The future is now:

I hear PS3 emulation is getting better. That’s just from what I heard, never dabbled into emulation beyond the SNES/Genesis era personally. I think PS2 era emulation is slowly transitioning in mobile phones(?) but it’s probably still janky compared to the SNES and maybe the PS1 eras or older.

A mouse entered my place. Then disappeared. Today I bought many mouse traps. Now we wait.

Protip, anchor the trap in some way. It is not uncommon for a mouse to trigger the trap, get stuck and not die immediately only to run off with the trap and die somewhere inside your walls instead.

We found a fair number of dead mice and traps in the wall when we renovated the bathroom of the house my parents bought when I was a kid. 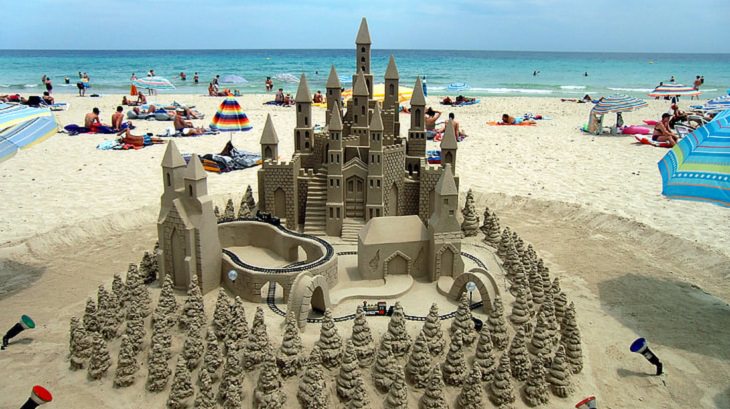 Here Are Few Truly Astounding Castles Sculpted in the Sand

Sandcastles are a fun activity to some and a serious hobby to others, who pour their heart and soul into sculpting magnificent structures

That is very unexpected. Thank you for the insight. I’m not sure where to tie the trap to but I’ll figure something out.
Day 1. No catch.

I’ll move them around to different places in 2 days.

other protip, use a piece of tomato btw, rather than cheese, surprisingly (and speaking from experience) they love that way more and you get faster results

… 3am, and for sum dang gosh reason i’m craving a burger

why is no place open in the middle of the night in this forsaken town ?!?

-hope y’alls are having a good night Zzzzz

meanwhile naruto dbz and one piece get like 600mill freakin episodes and “mine” only get 24, grumble grumble…

You don’t want yours to go much beyond 24 episodes, or they would be shite like naruto, dbz and one piece. : )

(specially because that phone rang/“interrupted” end)

There is a movie that is supposed to wraps things up a bit, though I have not seen it myself yet.

@Fraggles @Gnuffi I couldn’t stand Naruto for episode 1 and never watch another. Since then, because crochet artists are rabid, I found a character from the show I did like, but meh, not suffering all of it just for 1 guy. Not again…

I’m looking at you, Inuyasha. There wasn’t enough Sesshomaru to continue dealing with that infuriatingly stupid “love” triangle plot.

I really liked Inuyasha though, but it is the only never ending type series I ever really bothered with, though never did finish it. Started bleach when it only had one season finished not knowing it would go where it went, kept with it for a few seasons and after letting it go I started just waiting until any series is finished before picking them up.

Though I suppose I kind of broke that for Demon slayer. I certainly hope it’s finished because I’m going to have to watch more of it if they make more. I just really can’t stand watching any more of that yellow twat or much more of that absolutely incompetent story structuring.

That’s why I gave up - no ending in sight and a villain (at least in the manga), that they couldn’t kill either. I was like ARGH! stop padding the story and just get the story done already!

Wish it had been like One Punch Man - nifty enemies AND an ending, lol. I did like Inuyasha to a point, and the ears are even cute, but the undead priestess character whatever her name was, meh, that story arc, I just couldn’t any more. If I could find all the episodes featuring Sesshie and watch only those, I would.