I need to figure out the control sensitivity settings for DR2.0 and get into that at some point.

I know it was necessary for sure to change those in the first game, but in this one I think it wasn’t and everything worked fine as is. just in case i remember wrong, here are mine (with xbox one controller):

I gave DR2 a real shot, but I have to admit I have not enjoyed it

The car control is not as it should be (IMO), the career system takes away from the experience more than it adds. Argentina is a DNF for me. The track selection isn’t that good. The online connection aspect would be okay if their servers weren’t so shit. The game is buggy, in 10 hours of play I’ve had several physics and cosmetic bugs. There’s probably more. The big thing for me is the car control and track selection, at first I thought it was just me who had to get used to it, but if it takes more than 10 hours I just don’t feel like the time investment is worth it.

Yeah I found that something is not quite as I wish it to be in regards to car control either, I assumed it had something to do with controller settings as things got a lot better in the first game once I had that configured right.

Spotted this kek while browsing youtube on my phone

3AM, can’t sleep…
fml, might as well call it an early rise and get some coffee

Glass of red wine helps me to fall asleep usually.

Off meds for 2 days prior… is wilding

And here is the ORIGINAL VERSION:

The squirrel is so ready to stay-at-home for a good while. ^^

I wanna believe that someone put up a mini cart with nuts in the open, waited for the right moment for a squirrel to approach from the right side to take the picture and that it was not just photoshopped.

I’ve been watching and reading a lot of material about Demon’s Souls this weekend and damn i want to play that game! It’s only game from Soulsborne franchise i didint have pleasure of breaking my teeth at ( also Sekiro but saying SekiroSoulsBorne is just too much , also Sekiro is not connected to SoulsBorne in any way so i view it as separate entity while Demon’s Souls,Dark Souls and Bloodborne are somewhat connected together ) .

Anyway, sad part is that it;s only available on PS3 which i never owned

Though i’ve heard of some rumors ( but that’s what they are ) that it might come to modern platforms someday . It’s easy money for FromSoftware , demand is huge for that game on modern platforms so it should be no brainer for them. I would even take something as lazy as Dark Souls Remaster ( which probably took them 15minutes of work in total to ‘remaster’ ) . 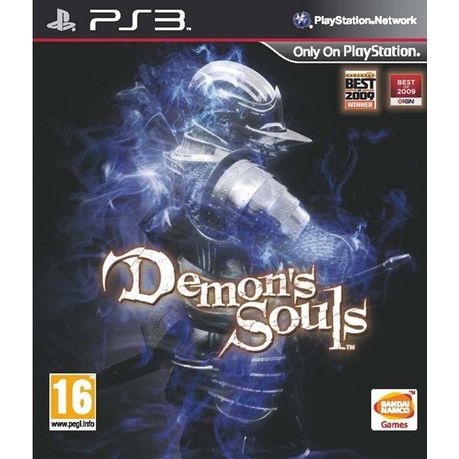