Decided to see if Brutal Doom would run on LZDooM, despite documentation stating that GZDooM or Zandronum is required (my OpenGL capabilities are lackluster so GZDooM is off the table and I don’t know about Zandronum as of yet); long story short, it runs.
(yes-that one rumored feature is an actual feature that does have an effect lolz)

Does it run with mods/other WADS?
La Tailor Girl is partially compatible. I haven’t tried Stylish Hell yet.
007: A Licence to Spell DOOM is compatible but I found out damn quick that if you do a Pistol start that you’ll be using your fists before too long on the first map as the ammo you get is NOT for the pistol but for the assault rifle. One thing that does not occur is the ammo limiting; Brutal Doom overwrites/ignores the script for the limited ammo so you have the full amount and the backpack doubles it like normal (though there’s one ammo type that has a max of 999 and it starts out that way). Also, once you get the chainsaw, all weapons can cut through breakable walls, though that might be a thing that happens with just the WAD itself since I saw that being a thing with La Tailor Girl as well.

About to try Crapi with Brutal Doom; I can imagine the gorefest that’ll be, lolz

Addendum:
Actually, I’m not one hundred percent sure if Brutal Doom breaks 007: A Licence to Spell DOOM or not; in the first map there is an item to be collected and I think the way BD changes gib mechanics might of also broken the item placement, or maybe something else is not working properly. I do know that there is a linedef in E4M7 that is not working properly with just the 007 WAD by itself, that may have to do with any number of source port settings, or could just be broken altogether, which forces me to use the changemap console command to end the level because it’s the exit level linedef and yeah, if one doesn’t exit, one gets smashed by the voodoo doll effect (in-game lore is a tectonic collapse after shoving dynamite into a geothermal furnace and turning it back on).

Recently I’ve been playing an obsessive amount of Spelunky, and just today, over 50 hours in I finally beat it (sadly I forgot to take a screenshot)
Although this dosent mean I will stop playing it, as Im sure there are countless secrets to be discovered.
I can’t wait until I find them all and can move on to the new Spelunky 2

When I wasn’t playing Spelunky I also decided to finally beat Getting Over it, and after 8 hours of hardship I bested the game and made it to the top.
But after that I still had the urge to play it so I beat it another 20 some times and plan on getting to 50 wins.
So I do recommend giving it a shot if your willing to put in the time and effort of getting to the top even when the game is against you.

just today, over 50 hours in I finally beat it

I remember that feeling of getting through Olmec for the first time, good job!

So this is what i have been up to past few weeks video games wise :

Spintires . How could i summarize this game best? You get stuck in the mud with your truck and you try to get out of that mud. Rinse & repeat … on a more serious note it’s sort of sandbox’y game there main challenge and mostly the goal is traversing difficult terrain with various trucks,tractors and similar vehicles . As i understand there’re objectives of delivering stuff from place to place but i just enjoy digging myself into the mud and looking for ways to get out of it.

Superhot Mind Control Delete is pretty much just more of Superhot , which i dont mind too much since i got it for free as i own previous one. Mind Control Delete does expand on a original formula by adding more variety in terms of powers and addons you can use but at the same time it makes you replat same levels over and over again which can and does get old quite fast so i can only play this one in short burst to avoid getting too bored of basically playing same 10 levels.

Apex Legends is first Battle Royal game i’ve played. What do i think about it? It was OK fun but in 13hours i have already won 4 games and i feel like it peeked it’s ‘fun’ for me. Unlocking new champions takes way too long via free path and i’m not in love with this game so much to spend real money on it. It’s a well crafted game but it just feels too borderland’y to my tastes with all the colored loot , item tiers and stuff like that. It’s a good fun from time to time but i dont see myself playing it for rest of eternity.

Dirt Rally 2.0 was gifted to me by our own @YQMaoski so thanks again , buddy! It feels like a better and more fulfilled version of OG Dirt Rally. It just have more of everything and to top that it does look way better than first one. Only real downside to this game is how many DLCs it has. Luckily version i have received was a GOTY so it has all the stuff inside it already but i’d imagine paying for tracks,cars and all that other stuff is not a most pleasant thing ever.

Luckily version i have received was a GOTY so it has all the stuff inside it already but i’d imagine paying for tracks,cars and all that other stuff is not a most pleasant thing ever.

The DLCs for maps are the only DLCs that add content to the game. The car ones don’t unlock anything extra, just lets you buy the car for real money instead of in game money. It would be a bit of a grind to get all those cars without them though, but they’d all still be available in the offline modes to anyone at any time.

Just to clear it up in case anyone thought the cars locked behind a paywall.

I hope you’ll continue to enjoy the game.

What I’ve been playing…

With my job, I can now afford to occasionally sub to the one game I think is worth money and have been wanting to play again since I’ve played the beta–Final Fantasy XIV: A Realm Reborn. Every other month I plan on resubbing, but that will depend lol anyhow, I really love this game. So much to do, so much to see, a great community, incredible music and connected to one of, if not my absolute favorite, video game series. xD

Also played Assassin’s Creed: Valhalla some today, Spyro and now some Spelunky, courtesy of @YQMaoski. It’s like a pixelated Dark Souls…okay, obviously not THAT hard, but a challenge nonetheless. haha

That time is fast approaching,

Excitement! Woot! I can’t wait for you to have a dream machine. If anyone needs one, it’s the Game Master. ^^

I’ve managed to launch my mostly dead win10 copy (it kinda murdered itself with a forceful fall 2020 update and never fully recovered) to grab my chrono log-pass data and praise Smile For Me.
It is SoosOOOoooOOooSoooOOOoo GOOOoooOOOooD that it’s incredible, though in the fire 15+ minutes i hated the game because it made me feel nausea

It reminded me of weird 00s point-and-click games and web zines, but it’s got unique voice and style that becomes more apparent once you discover the story.

The only thing I regret about this game is that it cannot be nominated for Steam Awards 2020 :_: what a kind and gentle masterpiece, really. Got it with this month’s Humble Choice bundle that I wasn’t even planning to get and regret nothing, highly recommend if you like point-and-clicks and kind videogames. 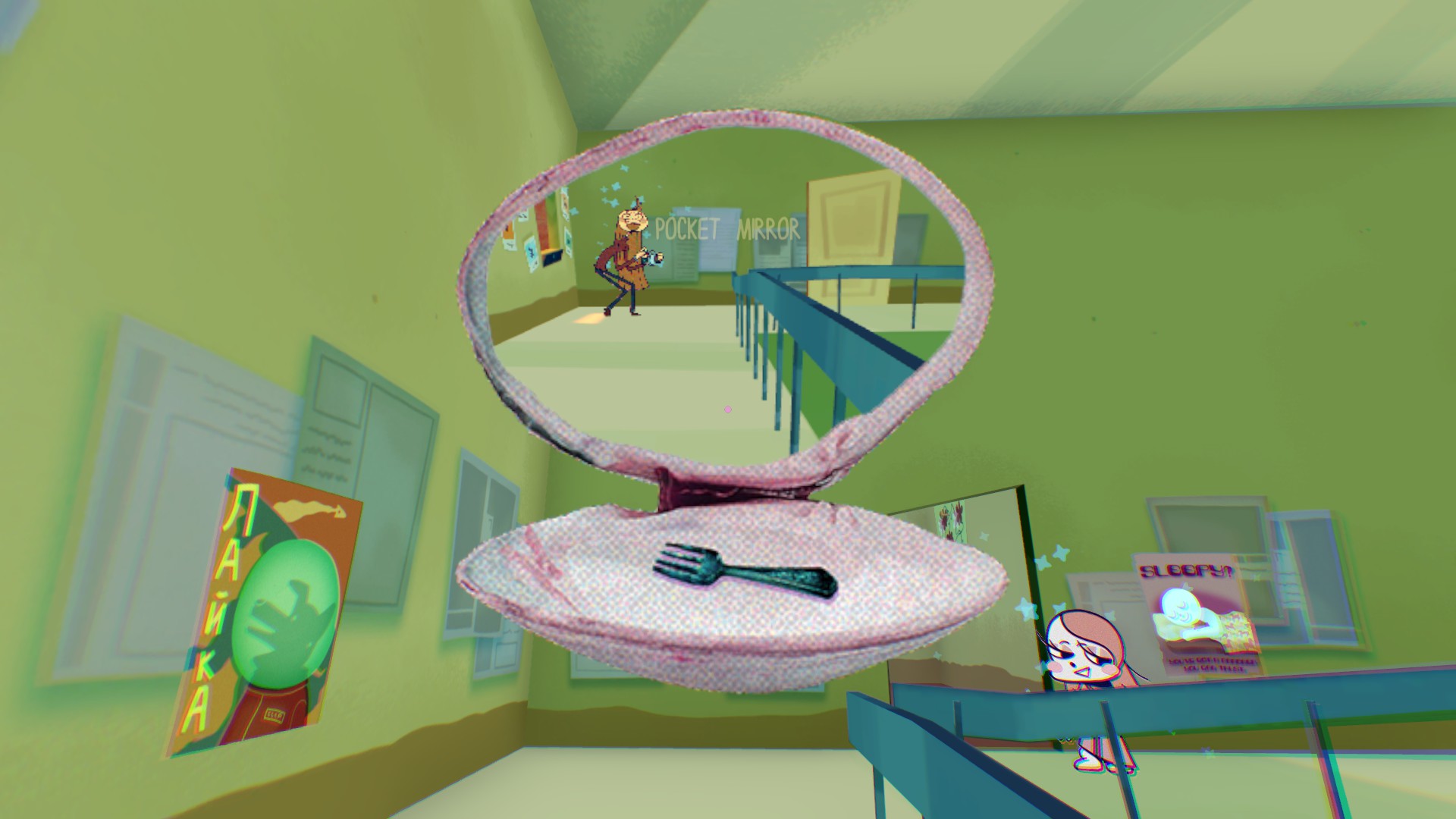 …put the lime in the coconut and drink them both up…