Very happy to hear you’re enjoying the game, it’s one of my favourites. I saw your screenshots and I guess the mods really does wonders, it almost looks as good as I remember it looking. I hope the janky facial animations are still there though, wouldn’t really be the same without them.

Yeah, I’m interested to play the third game however I’ll start from the beginning. I’ve seen a bunch of people not giving much love to the first one but it’s a good game despite the random crashes, and the combat is good once you get the hang of it. However, I admit it can be clunky and stiff at times, heh.

Anyway, it took me a while to download and install everything, and hope the game didn’t have a stroke with all those mods running together. Mostly of them are graphical enhancements, like Texturen, Rise of The Wolf and the Overhaul Project. I didn’t touch on the combat or anything else.
And yes, the janky animations are there when the characters start talking between themselves, looking almost robotic.

Sad part about MW for me is that you can barely make your car worth for the ending part of the game, all you have to do is get lucky with RNG of the card prizes after beating a rival to get the good upgrades (even with that you might still struggle). Otherwise, you have to choose the “super” cars or broken cars to fight at the end.

Unlike in Underground 2 where your starter car could be your only car if you knew how to tune and get all the special upgrades. But otherwise, it’s a fun game, driving around the map with a bunch of police chasing you around.

That’s a unfortunate bug, I did not experience any bugs when I played the Black Edition. I had only a reshade installed that made the game a bit more aesthetically pleasing.

Actually, I figured out that the issue came from me using a script modifier tool to make a script for changing the song names because I was importing in custom music, only I was doing some things incorrectly. Rather than just making a script, I was also modifying the core scripts directly and that was causing issues. Not intended.

That said, even after rectifying all that, I still had crashes. So, I removed all the data, and I will be looking at it another time. I may have to figure out another source for the game files; it may very well be that SteamUnlocked’s files are not configured to work with my hardware, or maybe my hardware is just not able to handle it. I dunno.

Thing is, before I did any modifications, it ran fine. I couldn’t steer worth a damn, but the game ran just fine.

@carvalho20ptc I’m glad you gave that game a chance. I played it last year for the first time, as I wanted to play the whole trilogy. People kept telling me to go straight to 3. I’m glad I didn’t listen to them. I played it without mods. Sure, at first it was difficult getting into the combat and the game doesn’t hold your hand, but I pressed through and had a blast.

It also enhanced greatly my experience playing through 2 and 3. I’m sure it’ll do the same for you.

Yeah, it was also tempting to go straight to the third game but I’ve though it’d be best to start from the first one. I’d get the third game much later on in a GOG sale anyway.

The game is really good, and the story is one of its strongest points. Of course I’m playing it with guides and I’m not crazy enough to play on the hardest difficulties on my first gameplay ever.

I also hope the same, thanks.

So i have finally finished Divinity Original Sin 2 . It “only” took me 96 hours

it’s a really long game but i’ve enjoyed all of those 96 hours so… another 96 hours ? I think there’re plenty of reasons to replay it at least once more and i think i’ll risk it and do it on Hardest difficulty and see how it goes. 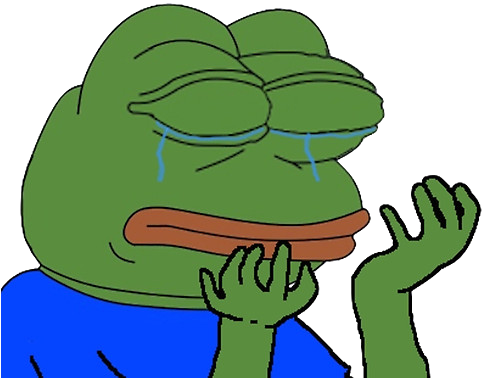 I finally finished Dino Crisis on Normal difficulty (it’s either Easy or Normal) in under five hours. I of course, already had gotten all three endings so I had cleared the entire game, though I’m not sure how well I’ll do in Operation Wipeout.

thanks for provide this song dude its a piece of work

I recently started Dino Crisis 2, and I already am frustrated with the lack of customization in the controls department. Not only can you not define the controls per button, the damn game IGNORES XBOX360 TRIGGERS. No, I do NOT have another usable gamepad; I once had a nice wired third party PS3 gamepad but that one stopped working properly and so I am stuck with this or using keyboard and mouse which I don’t have a suitable keyboard setup for (my mouse is okay for it), and I’m also not used to that.

I have one; it’s not working or the game flat out ignores that too even with the dll file in the game install folder. Thing is…

If you’re playing an FPS where you have to aim the gun to shoot, YOU DON’T PRESS START AND THEN A AND NOT EXPECT TO HAVE PROBLEMS! DAMN!

I mean, if it were one of the shoulder buttons (bumpers-whatever) and Start, I’d be fine with that. It’d be weird, but far less UNPLAYABLE. As is, this is unplayable after about ten minutes in; I barely got past the first T-Rex encounter and because I have to use more of my small hands to sim and fire, I cannot move, aim and shoot at the same time like this, which is bad for a game like this.

So, if anyone can help me here, much appreciated.
(I mean with the Xinput/dll/whatever-else-it-could-be issues-I don’t expect a new gamepad in my mailbox even if I’d appreciate that a lot)

Are you playing this on Steam? If so just use steams controller settings to remap your controls. Open the game and press Shift+Tab to open the overlay and select controller configuration. Once you are there highlight the button/keyboard key/mouse buttons you want to change and follow the on screen prompts. You can save that configuration so that next time you run DC2 it will remember your mappings. JoytoKey is great but as Seeker said it’s at the OS level. With Steam you can save configs per game.

wasn’t that game made before triggers were a thing?

@SeekerSupreme I could do that, yes. Problem: it recognizes both input types simultaneously.
@NME1 No; Steam does not have any Dino Crisis titles. I looked.
@Gnuffi: True, but even still, Start and A are TOO CLOSE TOGETHER and there’s no solution I can come up with. I already tried Joy2Key and it ends up doubling input. Eh, no.

I could use the half keyboard-half gamepad method, but I only ever do this for movement, and camera control, which, Dino Crisis does not provide to the player. I also prefer using half-gamepad and half-mouse for that.

Hm… right now I’m not sure if I correctly understood the initial issue you’re having.
If DC2 is not able to register physical input from your gamepad’s analogue triggers, you need to find a way to pass that input to DC2.
You can use JoyToKey to map those physical triggers to keyboard keys which perform their respective functions in DC2 (according to DC2 keyboard controls layout).
If the game takes both keyboard and gamepad input simultaneously, you should be ready to play at this point. The physical triggers will be registered by DC2 as (mapped) keyboard keys input and the rest of the gamepad will be registered directly as it was.
Am I missing something here?

EDIT: ok, I think I got it.
You’re trying to use JoyToKey to map gamepad triggers to keyboad keys and at the same time remap the hardcoded DC2 control scheme, right?
If the keyboard and gamepad input are registered simultaneously, you can’t do that.

Lets assume the control scheme is:
- aim: gamepad L2 / keyboard A
- inventory: gamepad R2 / keyboard I
(Adjust it accordingly for what it actually is)

Now you should be able to play using your gamepad, and the DC2 hardcoded gamepad control scheme.

Now, if you want to remap the control scheme, you need to trick DC2 into thinking there is no gamepad.
Best chance at getting that is by connecting the gamepad only after you launch DC2. At this point the OS will definitely know it’s there, but DC2 might not. Try it.

If it works, you can use JoyToKey to map your whole gamepad to the hardcoded keyboard control scheme however you want.

EDIT 2:
One general tip to avoid frustration with PC versions of console games from that era.
Use an emulator. You’ll get much higher visual fidelity, no controls issues and a lot of quality of life improvements.

Dino Crisis 2 assumes you’re using a six-button gamepad akin to that of the one made for the Sega Saturn, and that’s a problem. It’s kinda weird and coincidentally, RPG Maker XP assumes the same.

Anyway, When going through the THREE possible control layouts, it notes buttons 1, 2, 4, 5 as the defacto buttons for the layout. Guess what? Button 5? That’s NOT Button Y. It’s LB. Button 4 is Button Y. They didn’t think this through when making this game. Of course, I’m sure there’s some kind of future-proofing mod or something out there, but damn!

I mean, I did manage to make something work out but it still feels awkward at times. If I had a six-button gamepad, I’d probably be better off! Where would I find one today though?

So basically the game is unplayable without remapping controls.

There’s this app for Xbox controllers called Xbox Accessories. It allows you to remap your entire gamepad the way you want (on the OS level), like so:

The modern version of this app is distributed via the MS store, but there’s an older one available (for Xbox 360 controller / WinXP) as well: https://www.microsoft.com/accessories/en-ca/d/xbox-360-controller-for-windows
See if it has the same functionality the modern one has.