I played some games recently, so let’s start with:

Chaser is a FPS from 2003. You play as John Chaser, a mercenary that wakes up on a spaceship with no recollection of who he is. Not only that, but he’s also being hunted by some guys. So the mission is to find who’s Chaser and why he’s being hunted. The game takes place mainly on Earth and Mars.

First off, this is a budget game. It doesn’t have the high standard qualities like other shooters from the same era. It has than jankiness in the cutscenes, the voice acting is pretty bad and the shooting is serviceable.

The game has a pretty strong focus on the story with lots of cutscenes and has a fair share of twists and turns. However, by the time I reached the end, I really didn’t care for it due to pretty bad voice acting. The final revelation really falls flat due to that. It’s not a bad story, the execution is simply very poor.

The shooting, as I said is ok. You have a couple of different weapons and they’re fine to use. The game also has a slow time mechanic to help you deal with some of the more intense gun fights, and it really helps a lot, adding more to the gameplay.

There’s no regenerating health or armor. It’s the old fashioned way, with health packs and armor scattered across the levels and dropped by the enemies. Oh and speaking of levels, this game has some of the longest levels in any FPS game I’ve played, and not in a good way. Due to this, the game becomes boring.

All in all, I can’t really recommend this game, unless you’re a sucker for any FPS game and/or like old games overall. I had some fun with it, but the cons outweigh the pros.

Hearts of Iron IV. Learning how to play it.

We have been having tons of fun with this one, really well made co-op game. Probably going to end up getting the DLCs for this one. 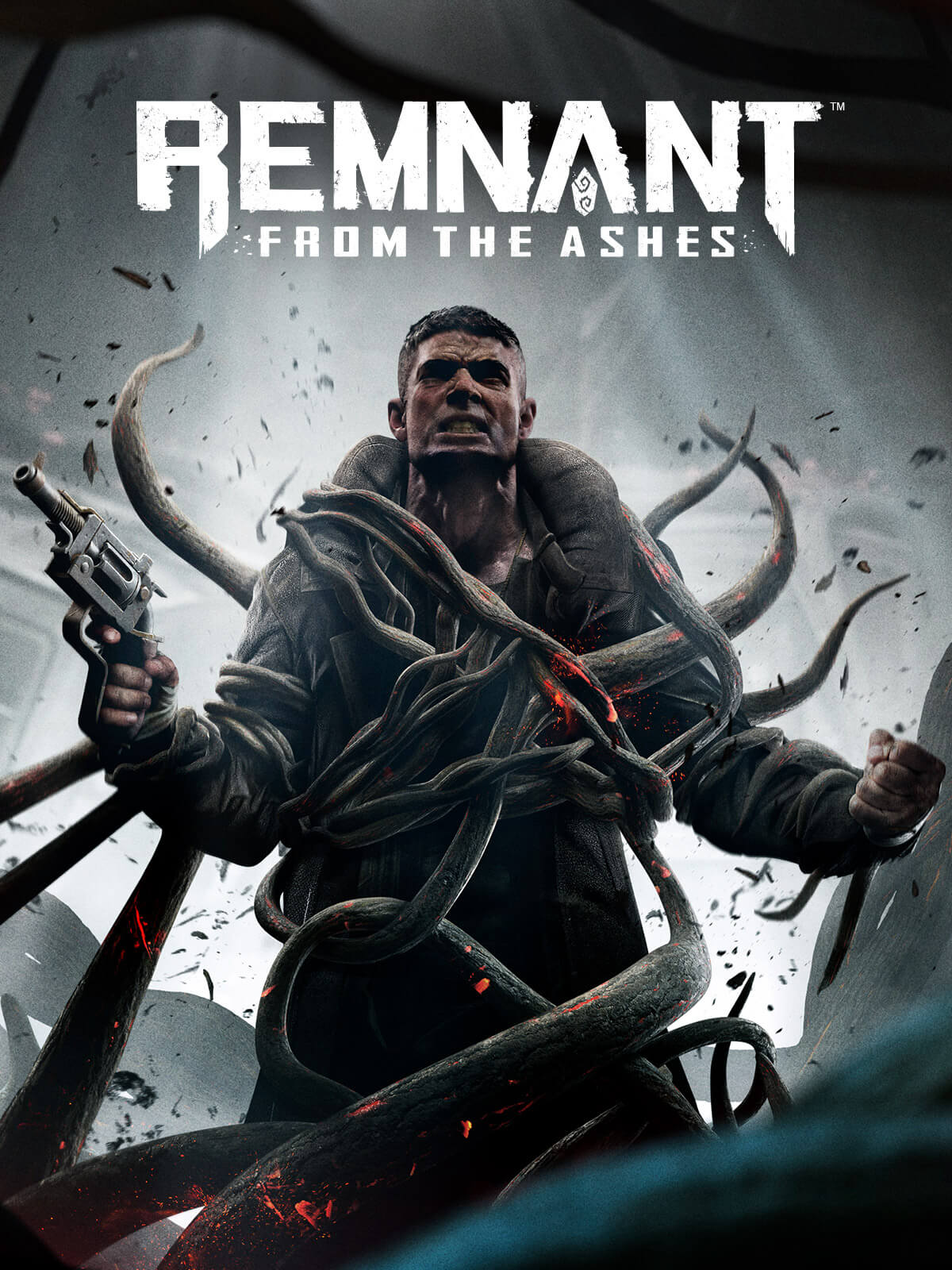 Remnant: From the Ashes

The world has been thrown into chaos by an ancient evil from another dimension. As one of the last remnants of humanity, you must set out alone or alongside up to two other survivors to face down hordes of deadly enemies to retake what was lost.

(don’t have the Steam link on hand)

I recently started playing one of the many Indie RPGs that were made with one of the several RM engines (in this case the engine used was XP), by the name of Edolie.

I find it quite charming, and I love the tilesets it is made with (kinda wanna find out how to acquire them if such is possible); they’re gorgeous. The MC is also super kyuute and quirky, a plus in my book. I recommend the game.

I’m not familiar with Judge Dredd comics books. The only thing I saw about this franchise was the 2012 movie, Dredd. However, I really liked this game and didn’t have the feeling that I had to know the lore to enjoy it.

First of all this game is easy and short. About 4 to 5 hours. Only the single-player campaign.
You play as (you guessed it) Judge Dredd, a man that belongs to a kinda like police force called the Judges, that patrol Mega City One to enforce the law and punish the criminals.
A virus is released on the city turning citizens into vampires or zombies. You objective is to find the ones responsible for it and bring them to justice.

It’s a fps where you can kill or arrest almost anyone. Even citizen npcs if you like to!
So you go into a gun fight with some gangs and you can kill them right away or you can disarm them and arrest them, gaining points to “the law meter”. “The law meter” is a feature that gauges your adherence to the laws of the city. The meter is depleted by firing on those who have not fired first, firing upon civilians or criminals who have given up. If the meter is depleted, game over. At the final of each level you’re rewarded with a raking based on your behaviour.

The game has an arcady feel to it, mainly because if was design with the consoles in mind. The environments are simple, but varied. The enemies are your typical criminals and the previously mentioned zombies and vampires, plus some others I won’t spoiled.

All in all, I recommend this game. It’s short yes, but if you find it cheap and want to pass a good time without spending a big amount of hours playing a game, this one is for you.

I got invited to the Amazon MMO beta (New Worlds) for Steam. It runs really poorly and there are obviously a ton of bugs, like desyncs, but as an MMO it was actually quite enjoyable. Everything concerning the UI was designed very well, and instructions were very clear. World design is beautiful, couldn’t really hear audio most of the time, combat was like a simplified Dark Souls meets Elder Scrolls Online (which I think is really cool) and how partying up/chatting works is neat too.

Complaints: issues and issues, performances, very limited, poor character creator (hopefully they improve it and not at the cost of tons of $$$$ at a cash shop) and no ability to silence or “mute” out other players. What I mean is, chat was going off like crazy on the left side of the screen (takes it up from top to bottom) and on top of this, other players were constantly in my view, names and spells etc shooting off. It was extremely disorienting. They need to make options to simplify NPCs and other players’ animations and names.

Overall? I see this game becoming pretty popular if they don’t ditch it and actually work on it.

Sounds interesting. Is it going to be F2P with buttloads of microtransactions or subscription based?

Appears to be similar to how Guild Wars 2 is.

It’s a decent model if they are not going to overdo MTX. I’ve played around 600 hours of GW2 without ever spending a dime in cash shop, just bought the game. That was before it went f2p ofc , i’d imagine situation is quite different now.

In this one you play as Tetsuo, who once defeated the Evil Kintaro. However, Kintaro is back and wants revenge, so you have to defeat him again!
The story is told through animated cutscenes that present you the characters and moves the game along. However, the story is probably the weakest element of this game. It’s basic, the characters aren’t fleshed out and some things are left unexplained.

Moving on.
When you start, you only have 5 lives for the whole game, and there’s no way to gain more. 5 lives you have to manage to get through the 5 levels it contains. And this is how this game increases its difficulty and length. You’re encourage to replay previous levels to get better at them, so you don’t lose lives, thus saving more for the next stages.

It plays like your typical beat’em up: you punch, you kick and you have the special move. The enemies are varied and offer some challenge. There are traps on some of the levels that you have to avoid too.

And speaking of the levels, they are not as linear as other games of the same genre. For example, in one of them, there’s a gate to the left that you cannot enter because you don’t have the key to open it. So you have to move right until you get that key, then you have to backtrack to the gate again. Fortunately (or unfortunately, depending on your opinion), during the backtrack, the enemies don’t respawn. This is another thing that encourages you to replay the stages again: to get better at them by knowing where to go, where some items are and what type of enemies you’ll encounter, so that you can be prepared to it, thus saving more lives.

Aside from the forgettable story and backtracking on the levels that might put some people off, I think this one is a solid beat’em up, and if you like the genre, I recommend it.

Buy to play, so no subs, but I have no idea on micro transactions though. Hopefully not, because it would ruin it.

It has some form of MTX.

On purpose or just your average western potato creator.

Nah, with the news that there will be in game purchases, I think it was definitely on purpose to incentivize people into buying cosmetics. The issue right now is that there are dozens of clones running about and they can solve that with the Micro store. xD

Grinding gemstones in Hades to get the last of the House of Hades cosmetic items before 1.0 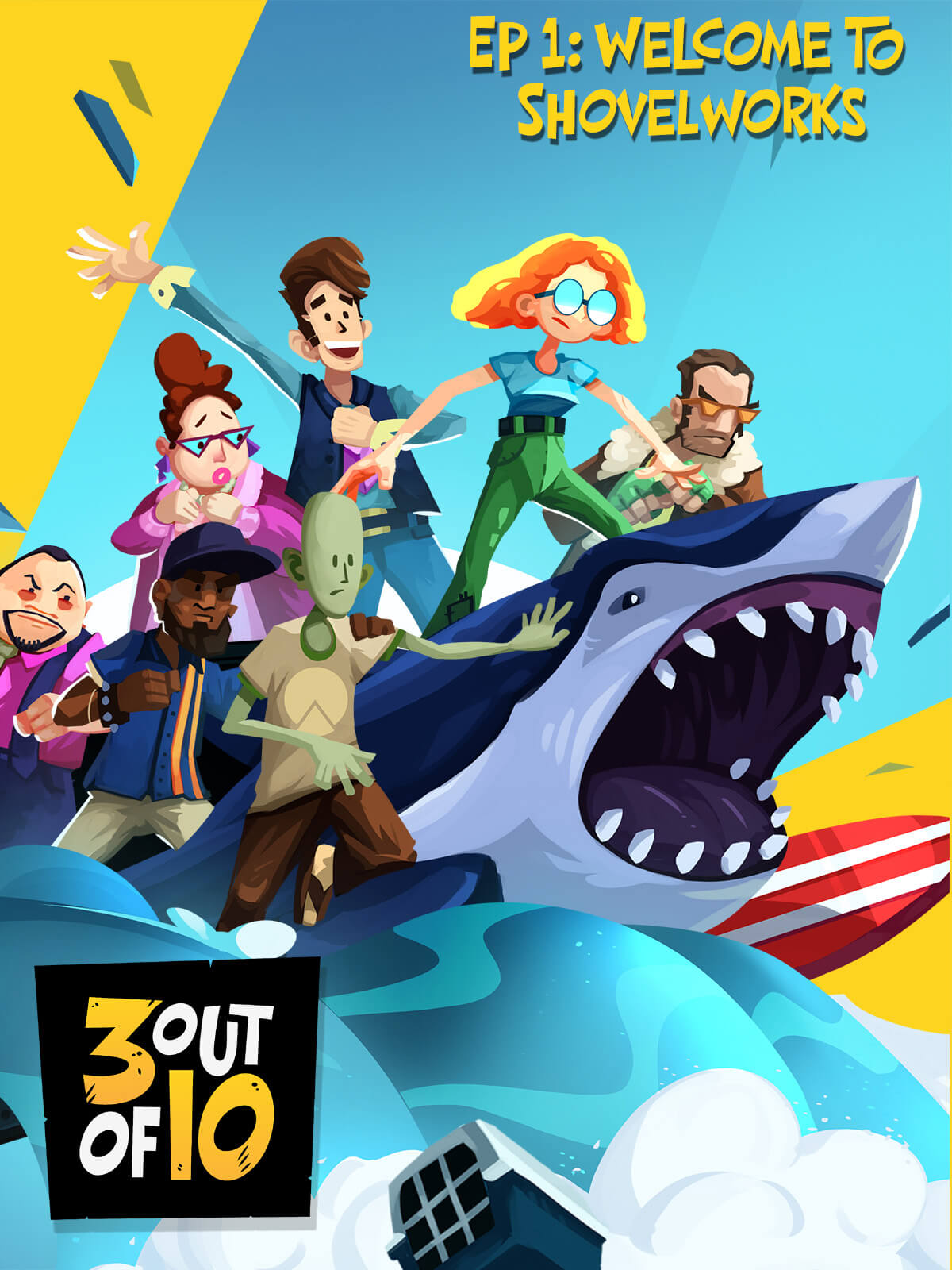 Join the ongoing adventures of developers at the world's worst video game studio as they endure antics both absurd and topical. This week Midge joins Shovelworks Studios as a new animator, but not all is as it seems at the studio.

still playing it, kinda digging it and guess i’m invested enough to keep playing the weekly episodes; the last 2 have been noticeably shorter, but i see that as a positive, cuz it’s now easier to finish them in one sitting and is better for that intended sitcom feel they’re after.

Too many games, too little time.

During past few weeks i have been playing :

Hitman 2 Yes still playing it. 9 or so achievements left out of ~140 , i wonder if i’m going to manage to get them all . Would sure be a proud moment

MGS V Phantom Pain in Ass This game is too long and repetitive and Kojima loves himself too much imho. Took me 37 hours and basically repeating same missions in the same locations to get bored of it and put it away for the better time. Maybe later?

Void Bastards A decent game for what it is but not exactly what i was expecting it to be. 9 hours in and i’m actually bored of it. It’s just too mean and 3 out of 4 runs just ends at the first ship because of RNG . I cant say i didint like it but i dont feel like i have time or need to chip away at it. Putting it away for a better time.

Euro Truck Sim 2 a great game for what it is when you dont feel like actually playing anything. Put up some Metal or Rock and go deliver some apples. I do enjoy having few games which doesnt feel like i have to constantly play them. Just drop in/drop out kind of deal.

Cash Banooca N’Sane Trilogy ( As Caddicarus calls it ) These are truly games of yester year . I will be happy if i will manage to finish all regular levels ( which amounts to ~30% of each game) . I most definitely dont have time or patience to go through all the collectibles,time trails,secret levels and so on. I understand how this was a decent design philosophy back then average kid could afford 1 game a month at best so packing game with insanely difficult and time consuming content was a good idea.

Vampyr F*ck it and burn it. 30 hours wasted just for my save files to get corrupted. I honestly feel super salty about this game and especially daft developers.

That pretty much covers my past few weeks.

Not that anyone cares