Ergh. Still? Because i have been hearing about it ‘coming’ for probably a year now

Most shipping lanes basically shut down mid April for a month. They have been open but overloaded in certain parts since. I think the hold up is with the shipper, not the shipping.

Ah, I see this war between us over the acorns has taught you my ways, young squirrel-un

COVID getting it lost in transit or something? That sucks!

COVID getting it lost in transit

Not that, and please don’t call it! It’s just that some Post Offices etc are closed, places shutdown. I have a friend sending down the hard drives etc, but you have to be able to use USPS etc at all before she can do anything.

In essence, shipping delays to outside of the US. Most surface mail in the US, as far as I know, and deliveries are going through fine. 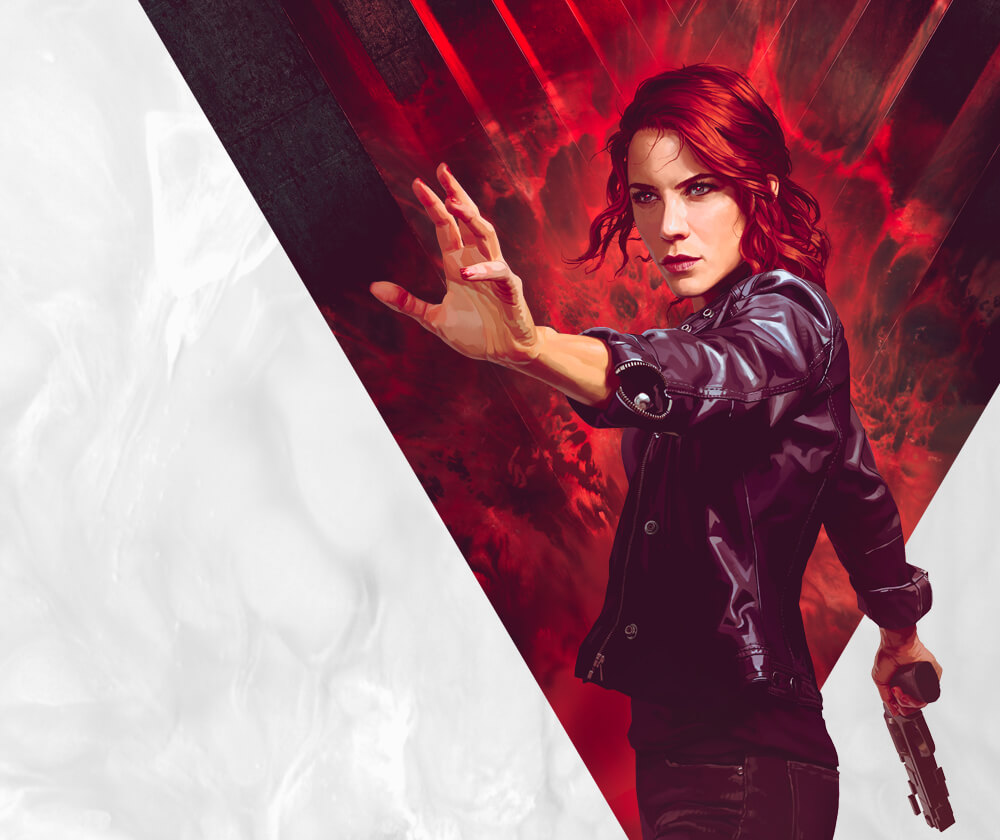 After a secretive agency in New York is invaded by an otherworldly threat, you become the new Director struggling to regain Control. From developer Remedy Entertainment, this supernatural 3rd person action-adventure will challenge you to master the...

pretty impressed with this game, i have to say. Didn’t rly know what to think of it in the beginning but increasingly been enjoying it since and cant wait to see where it goes. Pretty intriguing story, pretty creepy (but not scary; i dont do scary

The art direction and setting and story all form a coherent atmosphere that somehow makes sense in what it is; it could easily have been just weird for the sake of being weird but they rly nailed it, i feel.

Also playing this in beta ofc, lots of fun having the kids take turns at this too:

currently debating on whether to continue with this or not:

it’s rly great but who has the

I was just thinking her powers must be very interesting. Creepy yea, as there’s a heavy psychological aspects, no?

One of my favorites from the PSP library is Rock Band Unplugged. I’ve shown footage of this game before, so I won’t show it again, but like all other Rock Band titles (as far as I know this is the case), there is this thing called ‘The Endless Setlist’, which if you’re unfamiliar, it is where you play every single on-disc song in one sitting, starting with the easiest song, finishing off with the hardest. RBU’s Endless Setlist is 41 songs long, which is not that many by comparison to other titles, but the gameplay mechanics more than make up for the difficulty drop.

I have been trying to play Vampyr for past few days and i’m having so much troubles with performance. I get constant stuttering which seems to have no explainable cause . Game is great but all those performance issues are taking me out of it so much.

Anyway,a good PC doesnt always mean a good gaming experience i guess , some games just refuse to work on some setups even if they are plenty powerful.

Played the Marvel’s Avengers beta and they sent me another code for a friend. Lemme know if you want it.

another code for a friend

That should be good fun for your friend. Still can’t run stuff myself.

How did you enjoy the game so far?

Fighting was fun, but overall I don’t really like Marvel, so. xD

Thanks to YQMaoski, I’ve been playing this fun dungeon crawler game called “Stay Safe: Labyrinth of the Mad”. It’s actually really fun, and I love the simple, charming music and enemy designs. I don’t know how to level up my magicks yet, but so far I’ve gotten to level 25 with lvl1 spells without dying to devil bats and giant worms. xD

I don’t normally post here mostly because procrastination🦥, but I feel like a hidden gem like this one deserves some attention. I’ve been playing Mages of Mystralia recently and it kind blew my mind with the unique spell mechanics. It starts off very simple but as you progress through you see how deep and fun it gets.

In short, you have some basic spells that don’t do much on their own, like a Fireball that just lays on the ground, but soon you start to unlock runes who can alter your spell behaviors, plus some others that serves as augments. Each rune has a connection pattern and you have mix and match them in order to create effective combos, thus making a spell stronger and useful. Some examples are; connecting a Move rune to the Fireball spell, then it will start being cast in a direction instead of on the ground. Then connecting a Time rune to the Move rune, making the projectile faster.

Here’s a pic of my fireball spell as an example (yes, you can name them anything you want too)

There are more depth to what you can combine and other elements you can play with. I’m purposely not giving away too much info in order to avoid spoiling it all. I want you guys to play the game and see for yourselves the amazing stuff you can create.

I’m halfway through the story and just reached a new level of customization, been playing on Archmage difficulty, from my experience it makes some of the puzzles more challenging by adding more obstacles and maybe increasing the number of enemy spawns, maybe even their health pool too, funny part is that some puzzles you can complete by just being creative with the runes you have available, even if the game tells you that you do not possess what is required to complete. There’s a hardcore mode that I would not dare to try lol and a story mode for anyone who just want to have a breeze and enjoy spellcrafting.

I’ve noticed that some of you guys already have the game sitting in the backlog, and I would suggest to give it a chance when you have the time. Especially if you’re into wizardry!

Playing Stormworks: Build and Rescue with a friend. He got it for me for muh b-day yesterday so we could all play together. It’s fun, but in a way that’s hard to explain. If you don’t like simulators or crazy builders, maybe it won’t be it for you, but I sure do like em. The water physics are insanely good and I got motion sickness as soon as I went below deck. lol Its really fun to crash into tsunamis or get attacked by megalodons. lol

I played the ring fit today (its an exercise game for the switch). It was pretty interesting, and a great way to exercise xD
If all games made us run around like that we would all be so fit xDD

I just ordered mine. It’s been sold out for months, so I was excited about the restock email. Can’t wait to try.