Thankyou to all who participated, this was fun! I’ll probably do something similar again in the future, so keep your eyes peeled for that

I hit control+enter accidentally. I’ll update it when I finish writing it. SORRY

*has a nice a chuckle, -and quotes to save for posterity

best “you arrived too early for this” message

I hit control+enter accidentally. I’ll update it when I finish writing it. SORRY

No I demand my free games that I am entitled too! and they better be top quality otherwise I will dedicate a whole thread about how terrible you are!!!

good luck and thank you

good luck and thank you

sigh, you’re absolutely right @nebula7, where are my manners

thank you for doing this @chraffx,
as always i very much appreciate the generosity of Chrono users who does something nice or stuff like this

Sorry about that, and thankyou for your patience

I’ve started out with some platformers and pirates! Giveaways for N++, Refunct and Windward have started. Have fun!

Thank for running a giveaway.
I’ve never used steamgifts before and I can not spot any instructions on how to enter the raffles. I’m also a little leery towards logging in with my steam credentials to unknown sites, never know what sort of trickery might be afoot!

As for the list of things to come I think I have almost all of them, I guess the one I’d be most interested in would be Epic Battle Fantasy 4.

Of the current ones I’d like to enter the raffle for Refunct.

Sorry, I thought I’d use it because it is semi-well known and distributes keys pretty easily. They’re legit, I used them a lot when I didn’t have any money to buy games and they play fairly.

You need to sign in and you start out with some ‘p’ which you can use as currency to enter raffles. Once you are logged in there should be a button that says ‘enter giveaway’ or something similar on it. You spend your ‘p’ and if you win, you recieve the key for the game. ‘p’ is replenished over time, so if you don’t spend it all on other peoples giveaways you should be able to enter the ones I list here.

I see.
There doesn’t appear to be anything untoward at work there but I think I’ll just sit this one out none the less. Cheers.

Thanks for making a giveaway for this games.I only joined n++ since its in my wishlist.Also i would want to see my other wishlist games such as
Beholder,
Neon Drive,
The Flame in the Flood,
and maybe Kentucky Route Zero

The game I want the most from your list is Samorost 3, been wanting the game for so long, I love all Amanita Design’s games. Their art is so weird and charming 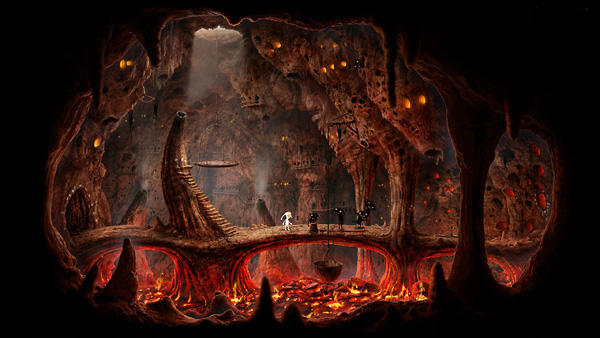 Thank you a lot for doing this great thing man!
Good luck to all

I will be interested in Caveblazers giveaway, because I love such kind of games… From new year 'till now I can’t stop playing Spelunky… over 600 hours now and going

Thanks for doing the giveaway, very nice of you

Thanks for the giveaways! Samorost 3 and Human: Fall Flat are the ones I am most looking forward to.

Thank you for the giveaways!! i think the only one i want to see in the next giveaway is epic fantasy 4 cuz N++ is in this

Oh wow!!! I absolutely love the idea of Caveblazers! I saw the Yogscast play it, as they had produced the game, and it really looked right up my alley.

I would love that game and would play it for hours if I had it, just a bit short on cash at the moment.

First off, thank you so much for your generosity! People like you (and this community in general) really restore my hope in humanity, even if it’s “only” about video games.

There are some real gems among the games you are about to give away. Personally I’m most interested in Warhammer: End Times - Vermintide since I’m a huge fan of the Warhammer universe but didn’t have the opportunity to get it yet.

Good luck to all of you!

Thank you for the giveaways, I’ll wait til the ones I’m interested.

I love to watch games being given away and people happy that they got a game they wanted. Thank you, @chraffx.