Humble Store summer sale Encore, with more stamps to collect daily, if you want these games for free

Welcome to Glass Masquerade - an artistic puzzle game inspired by Art Deco & stained glass artisans of the 20th century. You need to combine hidden glass pieces to unveil clocks and themes exhibited by various cultures of the world at the...

(I have always wanted this Glass Masquerade game!)

Buy Slay.one from the Humble Store

Slay.one is a fast-paced top-down multiplayer shooter with many exciting PVP and Co-op game modes. Select from a range of different weapons, abilities and characters, fight with other players online.Features: Fast-paced online action! Secure...

But this time it seems like the last game requires us buying games from Humble store, else we won’t have enough days to collect those 3 extra stamps.

Murderous Pursuits is a multiplayer, kill-or-be-killed, stealth-em-up for 1-8 players. For those interested in having a murderously rambunctious time, Mr. X cordially invites you and other players to sneak up and stab the living daylights out of each...

neato, i’ve been looking at that game too a couple of times

tiny note, this time i had more trouble getting my first stamp, just in case it happens to others, just keep clicking the “store” button (between “monthly” and “about”) a couple of times, and then then Summer Encore banner/refresh the stamp reward page, got mine after a few tries

So is it impossible to collect the last game (for free)?

It says this set of rewards will end of the 17th (10 am PDT), meaning people have 4 days to get stamps (since the time to collect stamps is much later than the time it ends on the last day), so at max you can get 4 stamps while the last game needs 6 stamps to collect.

Mind you the last batch ended on the 13th. And this one started that day.

yea, that’s how i “calculated” it too

if my memory is right, i think they did this the last time with stamps/encore too, “having to buy X game/$” to get the final reward the final day, i wonder if “that” is something Humble deliberately accounted for too

whether or not people find that 6stamp game worth it to spend 10$ is up to them,

Humble do have some pretty decent game discounts atm tho, -just sucks if you purchased, right, before, the new/final stamp stage went live…

Humble has decided to now put expiration dates on keys!, some retroactively!
Glass Masquerade: The redemption deadline is October 1st, 2018 @ 10:00 am Pacific. You have 15 days left!

retroactive expiration (at least on my account), The Tiny Bang Story: The redemption deadline is September 13th, 2018 @ 10:00 am Pacific. You have 0 days left!
-i’m just glad i already had the game, since it’s now gone from my acc (at least atm, don’t know if humble revises this since there wasn’t any expiration when back “at the time it was acquired”)

Yeah I see the same thing and I grabbed The Tiny Bang Story with my phone, but I was really surprised yesterday when I tried to redeem it… same thing 13th September. On top of that still no Meadow keys. It’s free stuff over all, but the changes they are doing are really annoying for customers used to the old system.

yea i’m a bit surprised at that move (at least the retroactive one), which i also find to be the most annoying
i’m 110% certain there was no deadline when i got my key, because when i see those i always grab them immediately
i don’t know if that was a way to get around not having stock enough or what for that game (since it also got removed from the rewards page the final days), just seems a bit strange the way it was handled, and even if i already have the game, i don’t really “like” what/how they went about it here

I didn’t saw deadline either… I would have installed some phone software that allows me to activate it like Idle daddy or something, but nope. I was really surprised. This is new for sure. It checks out with the bad bundles recently I guess

Now there’s a new low for humble bundle, give some stuff away then tell everyone they’ve ran out of keys and they’ll let you know when they got more in. Oh look at that we put in a time limit instead and now your key that we promise you were going to get has expired.

That’s scummy as all hell. Think they’re going to get any more Glass Masquerade keys before oct 1st?

Actually no, I did get a Tiny bang story key and redeemed it. So I’m alright, was anyone else still waiting to get a key from them and found their nonexistent key expired? I’m still waiting on a meadow key and they have not put a time limit on that one yet. 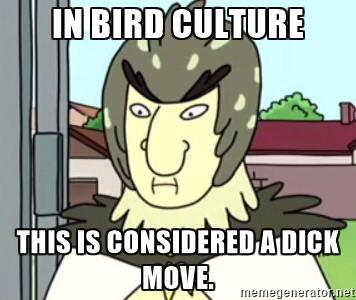 I got hit with the deadline (x1) and lack of keys (x3), and owned the 5th (which HB knew, because my Steam account is linked to them…so I have a feeling if I hadn’t owned the 5th game it would be either ‘out of stock’ or ‘expired’ also). So I was feeling really disheartened and didn’t bother checking Store for couple days. And yes, they’ve done the “more stamps required than days exist for free stamps” stunt before, that isn’t new. They did it this winter - only remember because I bought Slay the Spire for my brother to grab whatever “free” game they were offering for that last stamp.

Free is free,
but dick move is dick move.

Note if you reveal the key they won’t take it away from you and it still works. Just tested it with the key that said will expire on Sept 13 by giving it to a friend. He said it still worked.

thing is, that only works, if you revealed it before Sep 13th/expiration, which is ofc too late now

now the button looks like this and cant be clicked/revealed

the point about this being annoying is it was done retroactively, meaning you could acquire The Tiny Bang story, before sep 13, and have no expiration date on, and then log in on sep13 (or maybe the 15th for the new game), and see now suddenly there was an expiration on and so then now it was too late, despite there being “no rush” earlier when it was acquired

I totally forgot this is a thing now! It was added about the steam summer changes right? Thank you very much for reminding me. I will use it the next time but humble really starts to annoy me - no keys for slay.one either…

I got mine, but I already activated it. I noticed that in the last batch of games the last game went out of stock within an hour.

So this time I made sure I was on time.

They do say that when the keys are replenished, that they would add it to your claim page and send you an email…

So I think you will eventually get your key.

I’ll believe it when i see it