And a jet powered fan.

The Chrono Board Game posse will never forgive my fan for being himself. No worries, I plan to do recordings with Mr. Fan off. Will be hellla hot, but it’s to the good, no?

This may help too, @Danacscott 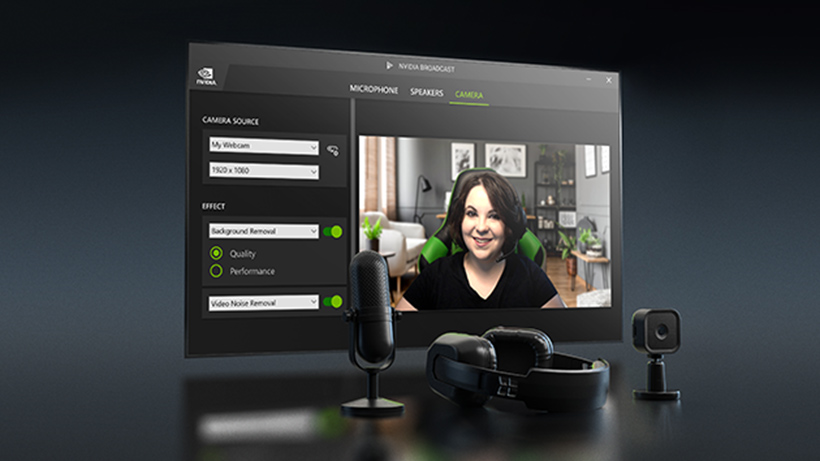 Take your livestreams, voice, and video chats to the next level.

Something tells me Dana wont have much use of this one. What sort of resource hog of a broadcast software is this to need such hardware?

Dudes, I ain’t even never heard of this one. Thanks for thinking of me though @delenn13 ^^

Those Broadcast reqs are a result of mostly two things.

The rest (CPU/RAM) is just a reasonable minimum for anyone who wants to stream games. As typical in this software segment, the provided specs don’t indicate resource utilisation by the app alone, but rather a minimum setup needed for an uninformed user (99th percentile) to have a decent experience during the most likely use cases (and related combined system workloads).

Anyway, the RTX Voice (noise removal, also present in Broadcast) I’ve pointed to before is available via the RTX Voice app, which can be downloaded separately. Its resource utilisation is barely noticable.

BTW it’s possible that in the future Nvidia will optimise the background manipulation and head tracking algorithms to run without Tensor cores, and open up the Broadcast app for use on all their GPUs (which was the case with RTX Voice).

IIRC it’s a $2000 Workstation-esque graphics card. Titan series have absurd amounts of VRAM (20GB or 24GB i think for this one) and certified drivers.

Recently, decino “I make vids about Doom code and history and play maps” did a livestream of Brutal Doom. CW: Long video/blood/gore/vulgarity

It happened again, I made a new video.
This time it’s about something very close to my heart: Flash games.
I can’t even imagine how many hours I wasted in front of these when I was still a school boy, and since Flash will die at the end of this year, I needed to make at least one video playing some of my favorites and saying goodbye to an era.

@TR3NT I’ve seen that one on my recommended more than a handful of times.

On the subject matter - how

Here’s a gameplay from Outer Wilds, which I recommended in the Autumn Steam Sale thread:

the Duke is back bois

i actually stopped watching most of his Jimquisitions, because it just felt like a guy pointing out “the house is on fire” all the time, while everyone is like:

basically i got tired of someone reminding me the house is on fire; when it’s not going to be put out anyway…

-the Duke i still enjoy tho

This is just some really beautiful driving. I think this track takes me at least 6 minutes to drive.