Well-done video! Sadly I just didn’t have the patience/time to watch through the end.

From a personal – and, therefore, biased – POV I can say the bits I saw were overwhelmingly relatable, starting with his game choices. I can wholeheartedly understand where he’s coming from to choose the games he chose, but I also want to raise the point that all games chosen rely heavily on mechanical prowess. I’m not saying that’s a good or a bad thing, just saying it contributes to her difficulties playing.

It would have been interesting to see her play more story-heavy games. Gaming, after all, is not reduced – thankfully for biased me – to Mario, Dark Souls and [insert shooter game example].

As someone who’s been a “gamer” since she was 5 or so but never had a console – and therefore never played any Mario games, or Pokémon games, or Kingdom Hearts, or GTA, or Metroid or whatever – I can tell you that LOADS of games that may seem easy to you guys on a first glance were a MASSACRE of a learning experience for me.

I hate platformers to. this. day. because I don’t have the years upon years of PTSD upbringing related to bashing my plumber head into bricks for coins or whatever it is the bricks give you.

I remember feeling completely ostracized playing Mario Kart Whatever with my rich friends at their birthday parties because I had no idea how to >>hold the controller<< and they were laughing at me for not speeding up properly! Like LMAO kids are jerks.

All this to say, and I’m really sorry to say, Crash Bandicoot and Spyro getting a reboot to me causes a grand total of 0 reactions. A Hat in Time felt kind boring to me because you’d honestly be surprised how much it relies on that “nostalgia magic” from all those other games. Of course not playing the other games doesn’t make you unable to enjoy AHT – it’s a darn good game – but it does remove some of its glow.

Anyways! Might crosspost this to “Unpopular Gaming Opinions” lmao

Have a nice weekend y’all

It’s been a while

Japan released a FF7 remake commercial. This is a partially translated version. If you wait a few more days it will definitely be fully translated…hopefully. But I got the basic idea from this partial version.

A lot of beloved pokemon were cut. And Bulbasaur.

Wait… they cut FURRET??? now I am angry.

Gotta catch 'em all some of them!

For those that wish to look at the list. White is cut, green is kept, dark green is new variant.

When the list gets so big that your system can’t handle and you have to make cuts, smh

But seriously, what’s the reason behind this?

what’s the reason behind this?

Graphics update in the next game are supposedly going to require too much additional effort to update the sprites that the team wants to focus efforts elsewhere.

As an added note: the fact that they cut out all the gen 1 starters except Charmander is kinda stupid. And the evee evolutions make the cut but a huge number of bug types didn’t make the cut (I get it there are lots of bug types, but seriously?? Buterfree, ninjask, & Trapinch are the “keepers” from gens 1 & 2??)

Plus almost my ENTIRE Silver version team is now unallowed (Feralligator, Jumpluff, Sentret, & Crowbat are out) the only ones I can use is Umbreon & Tyranitar.

So it’s a rushed game, wowee, I didn’t expect that form Nintendo. It would be a cherry on the cake if they released the rest later as paid dlc. hahaha

I’m actually really surprised to see mew there over all the other legendaries. and yeah some of the choices seem arbitrary. I mean Jangmo-o line but not the gible line?

There are still too damn many Pokemon to catch 'em all, so as far as I’m concerned, they need to cut more.

Diablo 4 - Microtransactions Confirmed. Don’t get too excited from Blizzcon trailer!

It was pretty obvious, Diablo 3 has microtransactions for the Chinese, many West people requested that too. Now they probably will include for D4 as well, if they’re going to add for the West is another question.

MTX is fine by me when there’s no gambling involved, you get what you purchase and done. You’re not forced to buy.

You can only get jelly 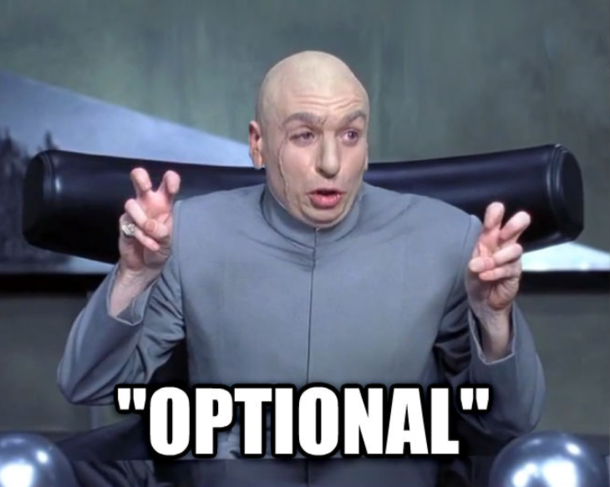 Google Chrome dino game and what happens after reaching 99999.
Tried it before but gets tricky after 5,000.

Various pokemon music from the games.

I dig the pokemon hats/ears and the one man band!

To be absolutely honest, the Sonic the Hedgehog movie will be yet another poorly adapted video game cash-grab preying on ones nostalgia…

Thank you for the support. And the criticism. The message is loud and clear... you aren't happy with the design & you want changes. It's going to happen. Everyone at Paramount & Sega are fully committed to making this character the BEST he can be... #sonicmovie #gottafixfast 🔧✌️

…that said, Paramount and Jeff Fowler accomplished a herculean task in trying to do “right” by the Sonic community. For that reason, I feel like they may have earned my money. I guess I’ll go see the damned thing in a theater next year.