Ghost of a Tale Giveaway [Ended]

OMG! This game has been on my wishlist since forever*! And March 22nd is my birthday so… I’m entering.

edit: and @Rilover!) already shared my absolute favorite animal in the world, that also happens to be a rodent, the majestic capybara, so here’s something else instead:

The Mouse’s Tale by Lewis Carroll

This poem, one of the most famous English examples of emblematic verse, appears in chapter three of Alice’s Adventures in Wonderland. Its title bears the distinction of being a quadruple pun. Martin Gardner notes in The Annotated Alice that it may have been inspired by Tennyson, who “once told Carroll that he had dreamed a lengthy poem about fairies, which began with very long lines, then the lines got shorter and shorter until the poem ended with fifty or sixty lines of two syllables each. (Tennyson thought highly of the poem, but forgot it completely when he awoke.)”

To read the poem in higher res and read more about it, go here.

10 of the Best Poems about Mice and Rodents

The best mouse poems selected by Dr Oliver Tearle Are there really that many classic poems about mice, rats, and other rodents? Are there enough to compile a definitive ‘top ten’ list of the best m…

Oh, and of course, thanks so much for the giveaway you cute rodent you!

Been an active member for at least 2 weeks
6 badges
And that’s It, I quite like listing things tho

In any case, make his words mine. Stay around so you can become eligible for more giveaways and meet cool new people (which in short means talk to everyone except for @Gnuffi

Gawd I used to have 2 white mice, they are sooooo smart and cute omfg, rodents are good at melting my heart lol

little known fact I know from experience:
Mice have sixpacks and am not talking about beer

make his words mine. 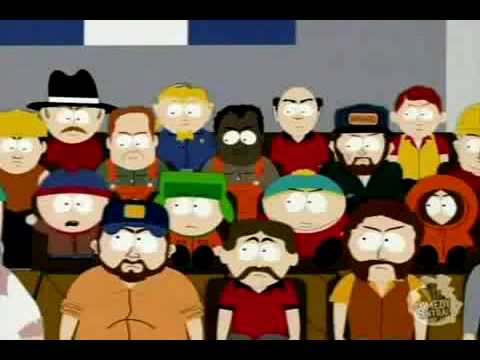 (I can’t find where the OP is)

Thanks for the lovely additions!!

And March 22nd is my birthday so

But I’ll remember It

(bc It’s kinda written here and It’s the day the giveaway ends so… yeah, I’m a mess but I think I got this)

I’d really like to win this game, not for me but as a gift for my boyfriend who keeps saying he absolutely wants to play this game! I hope this is okay

As for your cute rodent, I’ve got this one. I and my friend found this little one in her grandma’s garden back in 2013, it looked really sick and wasn’t really afraid of us (or maybe it was too sick to be?). We named it Tityu (can’t remember why, but it sounded cute) and gave it some things to eat and a comfortable place to rest.
The sad part is that this poor little thing died in the night two days later, but we still have some photos (all blurry, but oh well).

The game is meant to be played and enjoyed, He’s not some rando, It’s fine by me, so you/yr boyfriend are in ^^ (I hope you get around to play with that copy too

Thanks for saying where It’s going tho.

He didn’t have a name bc “I shouldn’t get attached to stuff so quickly, specialIy animals in such conditions” I cried so much anyway.

Glad you like them! I have such a large game library I don’t really need another game, so I will sit this giveaway out. Thanks for the offer though.

No one has mentioned Reepicheep yet? D:

One of the most dashing and brave mice ever!

AHH this game looks way too cute I remember seeing this awhile back an IMMEDIATELY thinking of reading The Tale of Despereaux as a kiddo, then seeing the movie once I was a bit older. It looks like a blast, be it action/adventure or exploration, both are in my wheelhouse. I can’t wait to play because I know it will be slightly nostalgic for me since I read the book a couple times before 13.
Look at one of the drawings in the book, he is too cute <3

Y’all are forgetting the prettiest of the lot:

Nice game, i want it

what kind of rodent is that?

I’ve got this game during early access for just €15 and I must say that it’s worth more than double the price. Get this game folks, it’s really good and charming. I mean, look at the protagonist, sooo cute

Harith my man, thanks for keeping an eye out for the cute rodents bonanza!!

it’s all good, here’s a sharkmouse just for u:

Okey so… I tried to be funny and did the proper “Cowmouse search”… welp, I shouldn’t have done that.

Apparently Sharkmice are a thing and I’m quite happy, still traumatized… don’t get me wrong but… yeah…

If there’s a water level and Tilo has a similar costume, I will scream.