Fall Guys is so good

You know what it finally reminds me of? An old game that few should remember.

Fusion Frenzy. It had a lot of random mini-games where players compete against each other. I knew of this game before mario party.

Really though, I am also really surprised at 2 million copies sold. That is very very successful. I thought it would be a niche game. I honestly don’t get how it can draw from the mainstream audience. I can guess that it is because a lot of streamers and youtubers are playing it. But I can’t be sure if that is the main reason. I wonder what their pre-order numbers were.

Now we get to wait for the inevitable fall guy game clones over the next few months.

I honestly don’t get how it can draw from the mainstream audience.

Appealing character design, and the slapstick makes for stories players want to share, which makes for strong word of mouth.

I honestly don’t get how it can draw from the mainstream audience.

Here’s my opinion and its pretty simple:
Its because its a BR and BRs are popular right now.

But there are tons of BRs out there and many fail or have no audience I hear you say.

And that is where my opinion is not so simple.
This one works because its radically different from most BRs:

Its not taking the same formula and adding/changing it slightly but its taking the core concept (1 or a small group vs many eliminating till there is only 1 left) and using it in a different genre (mini games).

And I feel this is what many have been looking for as BRs are in vogue and there have not been that many great mini game collection games of late (even the Mario Party game lately haven’t been great and their online implementations are especially dumb) and people wanted something less intense. Mash them together and you have a winning formula.

And as some have said unlike something like rocket league there is no great skill ceiling in this game, but if they keep introducing fun mini games at regular intervals I feel this game could have legs for a while.

Pete is very right,
i haven’t played that much, but from what i’ve played and enjoyed a big factor for me has definitely been the different spin on the BR style
i’ve absolutely 0 interest in most shooters these days, much less the bland style of BR most of them roll with, fall guys does elimination brillianty, well except for maybe that 1 disease spread game
it’s super casual, like there is 3 buttons, and i often forget to use the dive and grab even just trying to stay in the lanes
and the constant slap shtick mp free-for-all mosh-pit is just kinda hilarious and somewhat “different” everytime to entertain you.
it’s a very “childish” game, done right, and i think that has a pretty big appeal to many

Fall Guys Is Now The Most Downloaded PS Plus Game

Fall Guys is turning out to be a knockout success, as Sony announces it's the biggest PS Plus game ever.

Absurd numbers, good for them for putting something together that seems so family friendly and enticing to such a wide audience.

Might actually jump on this. My sons would love watching, and it seems like this is the time to join in while it’s at its peak

That’s a big success for a small development group. I hope they don’t make the common mistake of over-expanding their company and spending all that money needlessly. I am glad they have the collateral to support their game and any future games.

be ready to have to fight with them over the controller

then again, i was having a hard time getting past a certain section in Alan Wake last night, and he was like, Dad, I want to kill the monster

I was like, dude, you shouldn’t even be watching this

(the rly funny thing is i get scared, while he doesn’t)

The season 2 thingy makes it look like a lot more fun to me.

Oh how the world turns.

How do they even manage to cheat in this game anyway? Noclipping through people and obstacles or something?

and speed hacks, and seeing which platforms won’t fall and which doors will open

you see a cheater in at least half of the games you play in, and every time you see a cheater you know there’s simply no way you’ll win that game cuz it’s impossible to beat them; they can reach the end of the levels in a few seconds. Sometimes they go so fast, you can hardly see them

I hope they take care of it soon. They sure made enough money to be able to hire ppl or implement a decent anti-cheat cuz otherwise lots of ppl are simply going to stop playing.

Basically the only reason i made that review, and i hope many other ppl do so, is to help make them understand they have to do something about it.

Of the videos I’ve seen of fall guys cheating is pretty obvious with the cheating plushie walking at +30% speed or jumping up crazy heights to avoid obstacles.

But this is the developer’s problem to solve. I think anyone would laugh at a player banned from a party game for cheating after paying $20. Very embarrassing too.

What kind of person cheats in a game, especially a party game like Fall Guys? lol you have to be some sort of absolute loser. xD

I think it will be pretty obvious someone is cheating if dozens of players report a specific player over several games.

I think anyone would laugh at a player banned from a party game for cheating after paying $20. Very embarrassing too.

most cheaters are probably smart enough to not use their main account for that, so nothing lost besides $20 rly

i heard a streamer suggest maybe they cheat to sell the accounts with lots of skins or crowns, so losers selling to losers 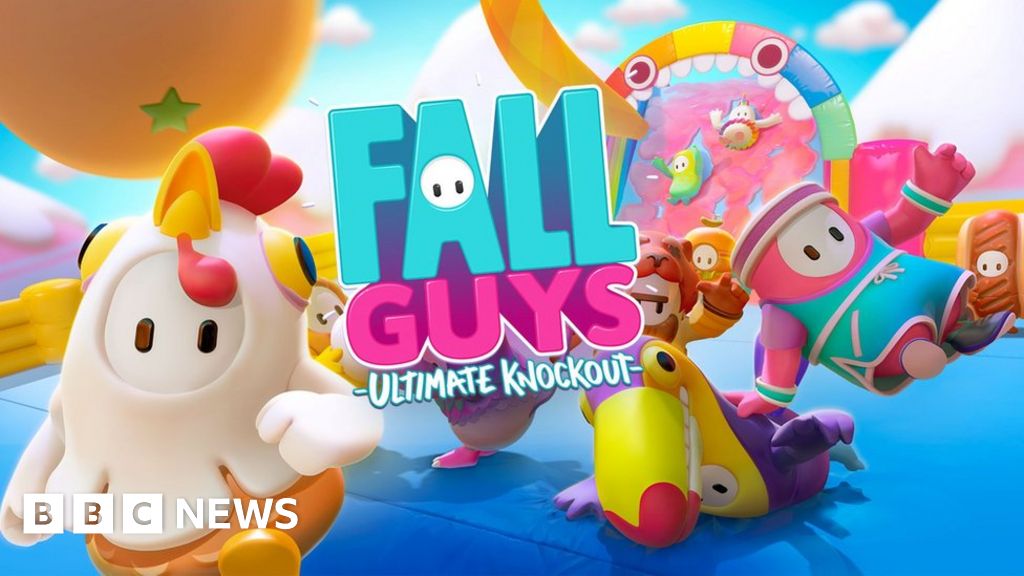 The hit video game has attracted millions of players since its launch, in August.

in 2 weeks, they say

why not now, i ask

but i guess see, we will

Because they don’t know how fortnite’s system works and it’s not something you can just copy paste into your game without putting in the work to integrate it properly. Clearly they just now, or very recently started working on it. 2 weeks seems a pretty reasonable time line, in fact it’s pretty fast in my entirely unfounded opinion.