So, I’m stealing an idea from one of my favorite podcasts, Important If True, and starting this thread for people to endorse things they love. It doesn’t have to be about gaming! It could be a piece of media, a location, a food, and technique, a product, whatever you want.

Try and keep it to one endorsement per week per person so we don’t spam the thread too much. I’ll start off with an endorsement myself as an example of the format:

What I endorse: The Important If True podcast (see what I did there?).

Why I endorse it: Important If True is a podcast really about the personalities on it, Chris Remo, Jake Rodkin, and Nick Breckon. If those names sound familiar it’s probably because all three have been involved in game journalism and creation for quite awhile. Most recently Chris and Jake founded Campo Santo and release Firewatch. They also used to produce (and still occasionally do) the equally excellent Idle Thumbs gaming podcast. The podcast itself is just a hilarious mishmash of stories and deep-dives into weird topics. Despite the general unseriousness of the whole thing, I almost always learn something interesting during each episode, so go listen!

What I endorse: This Thread

Why I endorse it: It’s always fun to share things you love with other people, This Thread lets you do exactly that. I’m also sure that This Thread will eventually develop into a large library of amazing things to discover being passionately endorsed by their most ardent fans. This Thread will bring you this and more, only time will tell how awesome This Thread will get. So that’s why I’d like to wholeheartedly recommend This Thread to everyone.

Edit: oh dear, by opening this up with a bit of levity I seem to have encouraged others to do the same. Sorry lonin if I ruined This Thread, didn’t mean too and I intentionally waited several hours to post to see if anyone else would step up.

What I endorse: peperone

Why I endorse it: peperone is a vegetable, a plant originated from the american continent. Also known as sweet pepper, peperone features plenty of C vitamin, in fact more than any fruit.
Peperone is a fine seasoning for your pizza, if you like vegetables. Otherwise, you may prefer some spicy salame as topping, maybe pizza, onion of Tropea and nduja (a spreadable spicy salame).
Bon appétit.

What I endorse: Youtubers (too many to mention by channel)

Why I endorse it: They entertain me and other people.

In loving memory of Jon.

What I endorse: ShareX and mac2imgur

Why I endorse it: They make sharing images incredibly easy. You can customize different types of screenshotting, uploading, hotkeying wonder to make storing, sharing and caring a part of everyday life.

Ohhh boy the temptation to spam is strong in this thread. Can I endorse my own web site?

Yeah, I already think I know the answer. I’ll get me coat…

What I endorse: Shadow Tactics: Blade of the shogun

Why I endorse it: In the light of yesterday’s sale of Commandos I wanted to recommend this game to anyone who maybe were a little unsure about buying such old games. I waited until now to post about it to ensure I wasn’t competing with the daily sale.

The Commandos series is an almost unique style of games and there are almost no modern versions of it. Until Shadow Tactics showed up. This game is Commandos in a setting of feudal japan. The game is fairly new still so it’s not greatly discounted, there is a demo though so go give it a spin if you think it looks interesting.

Why I endorse it: Because I think it’s one of the greatest and most important achievements of mankind, and oh how our existence would just suck a little bit more without it. Come take me now sweet Robot Overlords

Why I endorse it: Because it’s freaking Youtube, and what place holds more “viral” videos, meme starters, silly stuff, music etc etc all in one, not to forget the most important treasure trove of animal and cat vids! 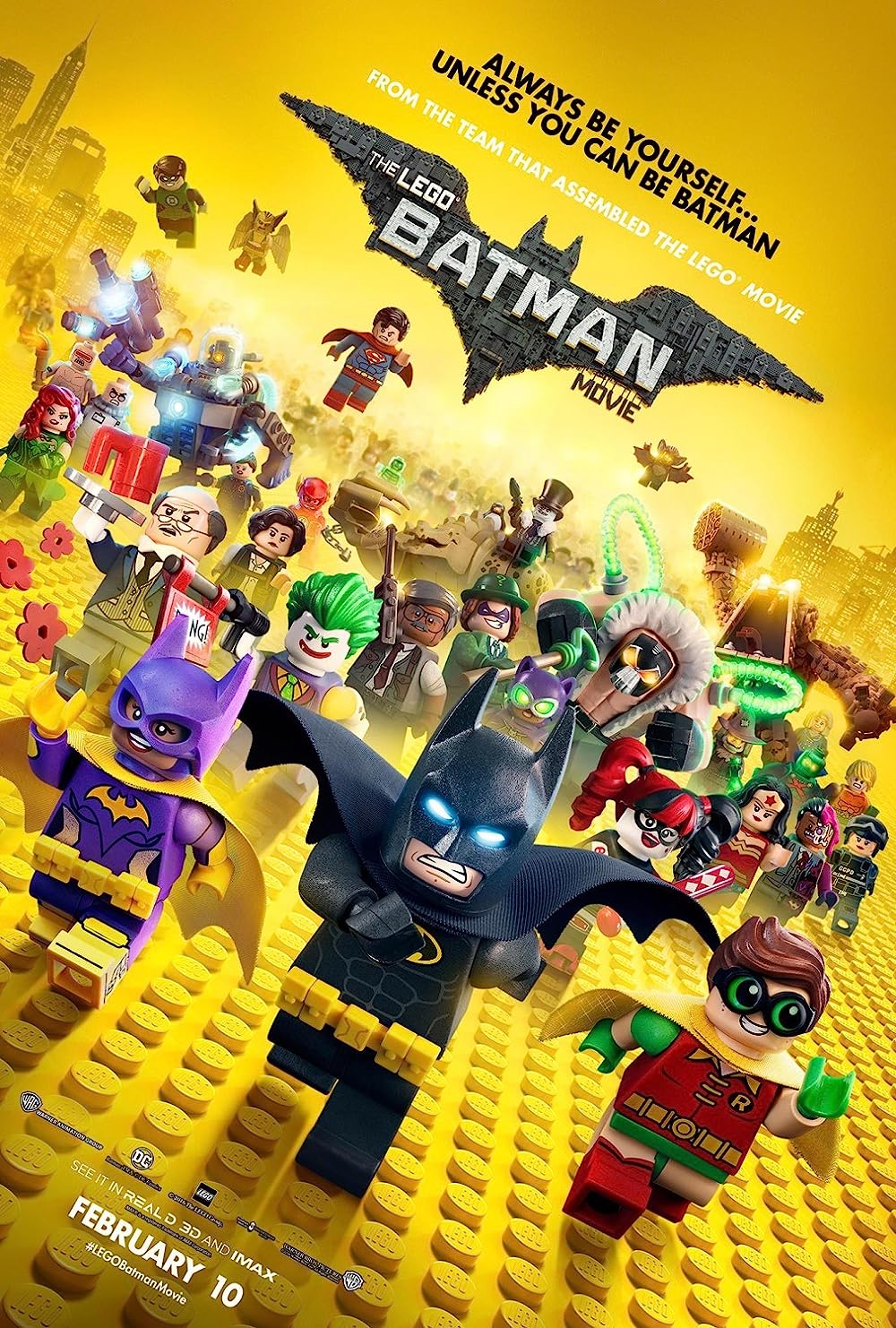 Why I endorse it: Because it’s Lego, it’s Batman, it’s a movie!, it’s a holy trifecta of 3 awesome separate things put into 1

What I endorse:
https://twitter.com/cinemasins
Why I endorse it: This guy “critiques” movies, I love movies, these guys are pretty fun, BUT, most importantly, an absurd amount of off topic cat pictures on regular basis

Save your favorite articles to read offline, sync your reading lists across devices and customize your reading experience with the official Wikipedia app. This page is available under the Creative Commons Attribution-ShareAlike License Terms of Use Privacy Policy

Why I endorse it: Because no longer do you need an education, knowledge, training, or to run across the living room and turn through hundreds of pages in dusty Encyclopedia tomes to learn something. Now you can finally insta win an argument and always be “right”, from the comfort of your own couch.

Why I endorse it: Legitimate and ethically responsible reseller supporting independent developers and their associated publishers (you can verify with the developers’ and publishers’ respective Twitters, as well as the developer’s own involvement in the forums). Providing deals that usually beat the average sale to expose both popular and hidden gems, Chrono.gg built a community that is full of generous and well-mannered people from the internet (a rare breed indeed). The majority of the staff members are active in the forums, so they’re easy to contact and communicate with as well. They also have a partner sponsorship system where online personalities using YouTube/Twitch can also get a share of the revenue by advertising the daily deal, but they can seemingly advertise in whatever way they want, as well as ensure full disclosure to maintain transparency in ethically appropriate ways.

Also, I’m hoping to score a reward from them if I’m the first to plug the website I’m already on. Totally want a reward while destroying the spirit and purpose of this thread. Ahem! You didn’t hear that.

On that note, I also endorse: Sending me free prizes of value (particularly free games that are popular). No reason. Just give me prizes. I know there’s the coin shop, but I put effort here when making a demand for prizes like free games! So just uh send it to me for the sole reason that I endorse this action. You won’t get anything from me in return, other than being satisfied that you followed my endorsement. Oh and I might stop harassing frst with coffee mugs and lonin with my talking. But only if I get a valuable prize like a popular game or something.

Why I also endorse that: Because I’m good at extortion? No? Well I’ll keep lying to myself and believe that’s the reason anyway.

Why I endorse it: Good for preventing malicious attacks and creating an extra layer of privacy online. Your ISP won’t be able to access your internet history, which is a plus. Also can be used to make yourself appear to be in other countries so, if say, you wanted to watch a John Oliver video that hasn’t been made available in Australia (WHY!??!?) you can totally do it.
The one I’m using right now is called TunnelBear, but there are plenty of other great ones available online.

What I endorse: archive.org

Why I endorse it: I’m a huge archive junkie. No matter what are these archives about, it’s always interesting to learn about past from collections of various documents and media of that time. And this website is perfect for finding everything from booklets from the beginning of 20th century to wacky Geocities websites from the 90s. There are large amounts of software for different machines and old podcasts and other cool stuff generously contributed by great guys from all around the world. And it’s awesome.

This thread has died which makes me sad. Revival time, post your endorsements!

Why I endorse it: I’ll caveat this by saying this is probably only compelling to those interested in tech and business, but Stratechery is an amazing resource in gaining a more thorough understanding of the technology sector in general and the product and business practices of major tech companies specifically.

The site has a membership feature to receive more articles, but there’s a weekly free article that I find to be enough. Some articles I’d recommend to start:

Like I said, pretty nerdy stuff, but maybe someone else here will enjoy it!

What I endorse: My youtube channel, specifically my Chrono Bites series https://goo.gl/a1r5bc

Why I endorse it: Totally not a sell out but I’ve been recently making a series where I upload (trying to at least once a week,) a video of me playing the chrono.gg game of the day. Sort of like what you can expect from the game when you play it for the first time. It’s meant to be more of an informative video, although I do try to have fun with it and be silly. Plus, you can like, totally support a hungry chrono dude.

Thanks for putting me on to Important if True. Really is good.

Oh no, this is a thread not for me, all it makes me wanna do is critisize things others endorsed lol

This is a safe space!

Why I endorse these guys?

Not only are their videos funny as heck, especially LGR’s chair puns for The SIMs 3, but their videos helped me heaps when I played the games they play

What I endorse: Reading one of the following: The Rook By Daniel O’Malley.
The Kingkiller’s chronicles By: Patrick Rothfuss
Why Do I endorse it? It is a really good supernatural/fantasy story. I honestly think both of these books are well worth the investment to read them. The Rook is like James Bond meets Call of Cthulhu (and if you haven’t read that then I endorse HP Lovecraft first), while The Kingkiller Chronicles are like Harry Potter meets Lord of the Rings.

This thread has died which makes me sad.

Hey, I think I figured out why it died:

Try and keep it to one endorsement per week