provided they don’t force their developers to slave over the title.

They can’t. As was so conveniently forgotten when certain hacks started moaning about “crunch”, Poland and EU in general has strict worker protection laws. They simply can not force their developers to slave over the title, the overtime they can ask for is limited in both total hours and period it can be sustained and it also has to be greatly recompensed.

They’ve already used up a lot of the over time they have available for the last push to get the game out. Going forward is going to have to be normal working hours for most people so there’s further reason to not expect a lot of fixes over night.

Edit: To some degree I’d like to push a little bit of responsibility into Sony’s lap as well. Sony supposedly charges quite a lot of money of devs to launch games and distribute patches on their system and that’s supposed to be paying for their certification process. This should mean anything they do launch have been certified and they should have been well aware of the state of the game but allowed it to launch anyway.


last comics was about…

All this got me to thinking I wish totalbiscuit was still with us. I would have loved to see his video on cyberpunk. R.I.P TB. 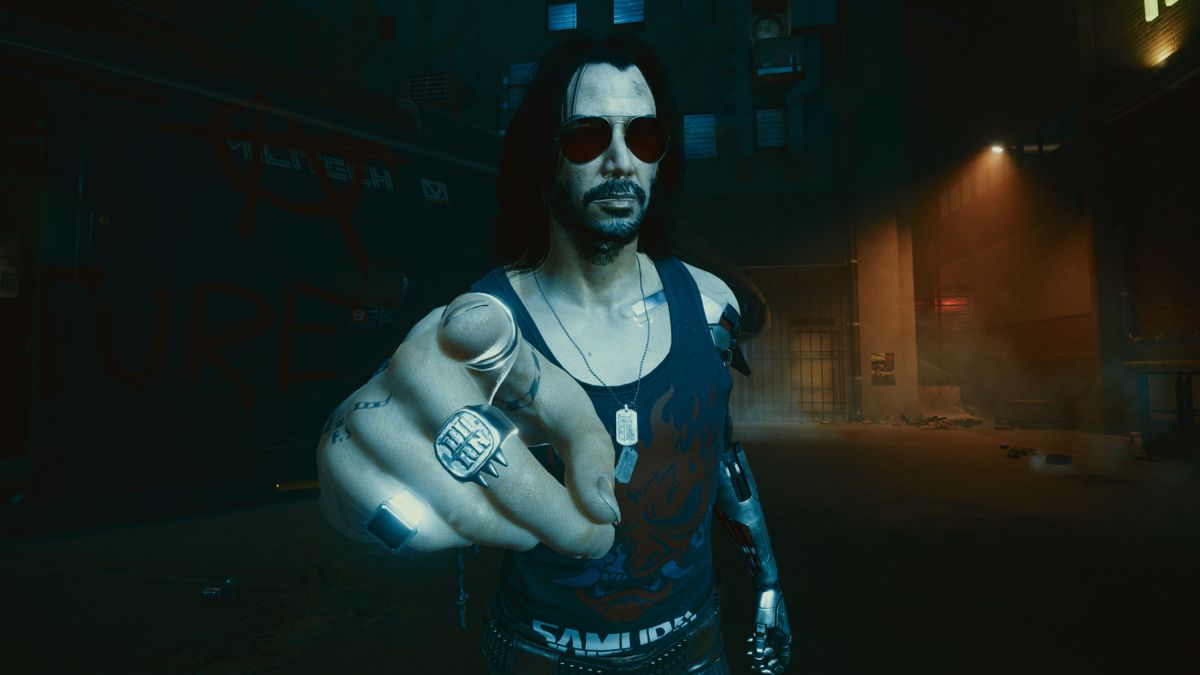 CD Projekt Red's directors were grilled at a meeting this week, reports Bloomberg.

You were the chosen one! It was said that you would destroy the Shady Devs, not join them. You were to bring balance to the Gaming Industry, not leave it in darkness!

Don’t worry folks the redemption arc will take place in part VI: Return of the Devs

GTA 5 better (must) be better than Cyberpunk since they made 4 GTAs beforehand. Somehow forgetting how to make a GTA game and ruining GTA 5 would be impossible.

And Sony removing Cyberpunk because of complaints and refunds? What about Anthem launch (PS4), No Man’s Sky’s launch (PS4), and other broken games? They weren’t removed from the playstation store.

I bet Sony got angry that CDPR promised refunds and Sony doesn’t like giving refunds.

Yeah, it’s an interesting comparison video, and I think people are probably creating mods to replicate Cyberpunk into GTA V.

Looks like Sony got fed up by all the complaints and decided they had enough of all this mess, and so they removed the game from their store. Reminds me of a similar thing which happened with Batman: Arkham Knight where Steam removed it from its store and only put it back after all bugs were fixed.

Batman: Arkham Knight for PC pulled from Steam and retailers due to bugs

No ETA for when game goes back on sale, players recommended to request refunds.

CD Projekt RED has announced that Update 1.05 for Cyberpunk 2077 will come out soon on the PC, and revealed its complete changelog.

I generally tend to stay away from all sorts of news and discussion around games I want to play in order to go into them as free from other people’s impressions and opinions as possible. That’s easier to do with some games than others and of course it helps to not be overly interested in most of the AAA industry.

I have of course had no option other than to hear about the troubles the game has ran into, primarily on consoles but I’m sure there’s many entirely legitimate complaints to be had from the PC audience as well. Today Sid Alpha released a video with his take on it and I figured this was the best possible opportunity to get most of the actual information with the least amount of noise and potential spoilage.

We’ve discussed No man’s sky at length before and I held Hello games in very low esteam, not because they released a bad game but because they lied, made promises they knew they couldn’t deliver and obfuscated the truth. I find it very unlikely I will ever play No man’s sky, not because it couldn’t possible have turned into a good game by now but because there’s plenty of good games to play that does not come from a developer who intentionally deceives their customers.

CDPR is a company which produced 3 of my top 5 favourite games of all time. The problems probably wouldn’t even have mattered to me personaly as I would have played the game on PC, a new one at that. As usual I really wasn’t riding the hype train but I was still really looking forward to the release of this game. However if you discard your principles just because they’re inconvenient to you, you never had any to begin with. I had faith in them as a bastion of both ethical and artistic integrity so now that I understand that CD Project Red are guilty of the same intent to deceive I can not condone and much less support them.

So while it hurts me greatly to have to come to this conclusion I will probably never buy Cyberpunk 2077.

This of course does not mean I will write them off forever, the same way I wont make excuses for them due to past excellence. I will judge their future behavior accordingly and we will have to see how they handle the situation in years and projects to come.

The people demanding their money back and the game are a special kind of stupid.

The RPG sold a huge number of copies at launch, despite some volume of returns.

this is the overall number of copies sold as of 3 days ago, excluding refunds

Proof that bugs aren’t the end of the world to a huge chunk of gamers. Some of these people complaining never would have made it through the pre-digital age in gaming. lol

this - is not a good thing @_@
it literally encourages and incentivizes publishers to not only lower their standard of QA but even neglect it, leading to worse and worse launches - until one day they (finally) hit the breaking point of exactly “what” amount of trash people are willing to accept/forgive and pay for at the same time - if that point ever comes considering what people are willing to ignore or stan

I disagree…and agree. I think it depends entirely on the situation and those involved in the game. If this were EA, for example, where they have a rich history of repeating these sorts of mistakes on super budgets, than yes. It isn’t okay and continuing to support them and their games despite it happening quite consistently, a bad thing. But in this instance, it isn’t. I don’t—and apparently many others—color it all under the same paint brush.