They do.
That’s part of the large variety of projected outcomes, you have no doubt seen all sorts of graphs describing “best case scenarios” and variations up to “everyone dies case scenario”. Those graphed variations are primarily based on how large a part of the population quarantine themselves so they can be grouped into the variable of people not spreading the infection.

Sick people currently undergoing treatment however can not be counted as non-contagious as they are coming into contact with medical professionals. Though they’re not as big a spreader as an asymptomatic person this is why the estimates are so greatly different, there’s a LOT of variables involved and all of them have pretty large levels of uncertainty. One thing we do know is that the dead are not going out shopping and a properly handled body wont infect anyone.

When you try to calculate the spread of disease one factor of it is people no longer spreading it and for this purpose those recovered and those who’ve died fall under the same category of those “no longer contagious”.

No, you do not put them in the same category. In a standard “SEIRD” contagion model (susceptible, exposed, infectious, recovered, dead) it is crucial to distinguish between recovered and dead. The differential equation describing the rate of exposures depends on the total living population. Specifically:

Quarantines and isolation affect the interactions_per_person_per_time variable. PPE affects the exposures_per_interaction variable. But you don’t lump together the dead with the recovered because that would throw off your math.

Then that’s not the model chile was using, sorry I am trying to recall week old information I read about this particular headline. The point I was trying to make, though I got sidetracked, was about that what was said Vs what was reported.

The headline tries to make it out as though Chile is fudging their “recovery” numbers to look good by claiming the dead have recovered. This was not what they were doing instead it was about infection spread models and how the dead were counted the same as recovered for this purpose. Whether that is a good way to model things I can’t say.

Since my image was out of context for humor, I’ll link the post so people can see the source at least. 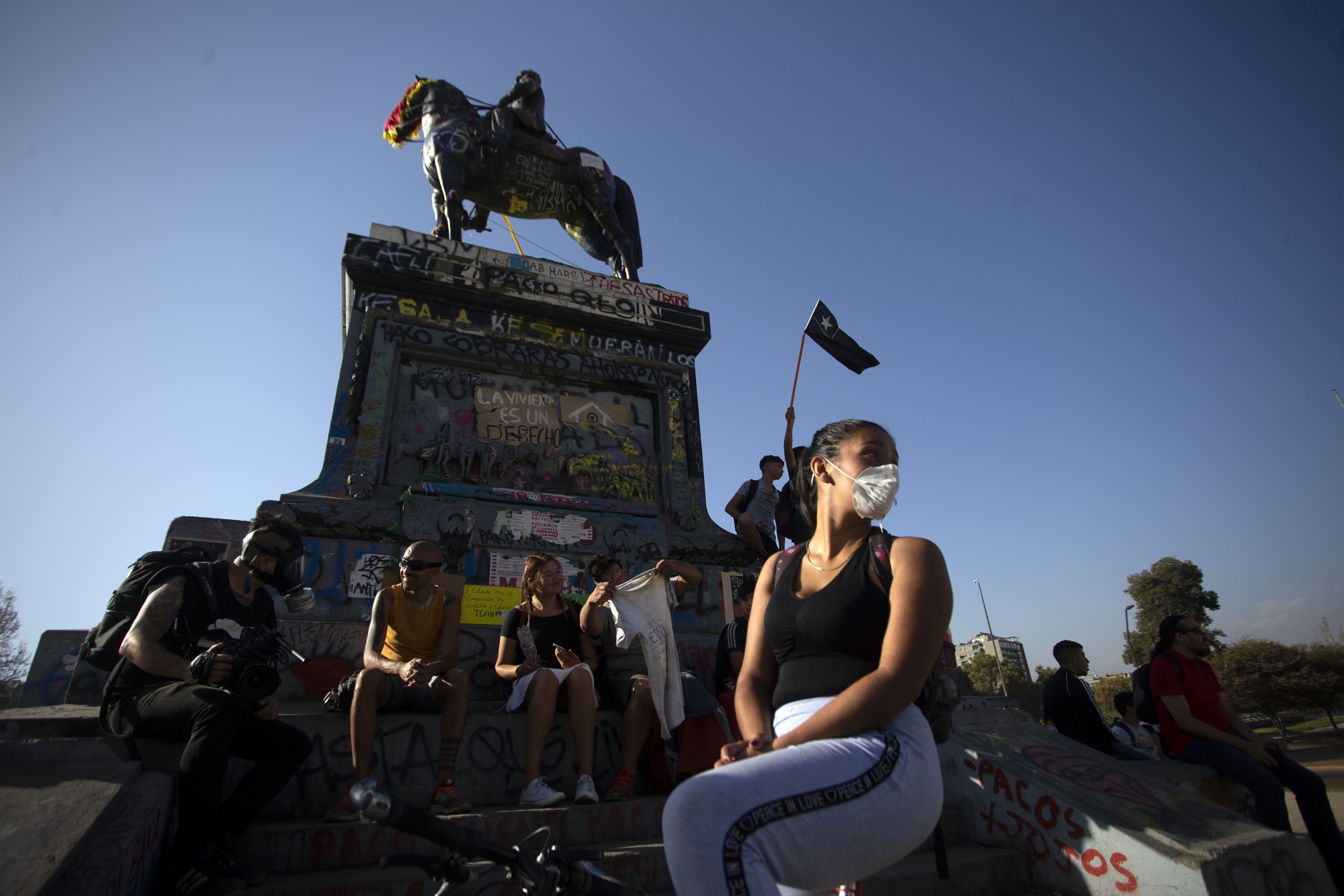 Chile counts those who have died of COVID-19 as recovered because they're "no...

Chile joins Brazil and Peru among the worst-hit countries in South America, having reported over 7,500 cases as of Tuesday.

And now there is a coronavirus children’s book!

If that doesn’t work.

It’s not really a meme. But I wanted to add something to the news link.

I’ve actually starting seeing toilet paper on the shelves here starting early this week. In Walmart yesterday even! It’s not a lot, but it’s improving.

Can you revoke a graduation?

I heard that fishing nets are easy to breath through.

Steven Heller recruited his family to do a shot-for-shot remake of Journey's classic 1980s music video. The side-by-side comparison shows their impressive dedication to detail.

I’m confident it is the model they’re using, because it’s the appropriate model for this situation.

I think the much more likely issue here is that scientific information is being conveyed by reporters from politicians. Neither of those groups is particularly well-known for their scientific literacy, unfortunately.

In the aforementioned contagion model, if you imagine each of the “SEIRD” (susceptible, exposed, infectious, recovered, dead) groups as a bucket, and the population as water, you get the following relationships:

It seems completely plausible to me that somewhere between scientist and public, a politician and/or reporter and/or translator confused “infectious drains into recovered and dead” as “recovered and dead are the same to them.”

It looks and sounds dumb, and it won’t be as effective as a full on regular one, but it’s better than nothing. The beads will slow the velocity of anything coming out. Most of these types of masks are meant to protect others from you.

You can try this alternative as well

it’s actually not, cuz as some virologists have explained (the one who went on Joe Rogan podcast, for example, at the very beginning of this whole ordeal), anything less than a N95 respirator will not protect you at all (it protects from droplets, yes, but not from the air you breathe in); he said anything short from a N95, nothing will protect you except not breathing

i’d advise everyone to listen to what he said (meaning, listen to the podcast), and he backed it up with proof by way of a study which was done at the very beginning of the outbreak in Germany, but very weirdly, WHO just kept saying in the beginning that there was no need to wear a mask at all, and most governments were saying the very same thing (for months).

Even now there was an article in the Guardian today about a man who is being prevented from visiting his aging mother in a rest home in Sweden, but every time he Skypes her, he sees the nurses without masks, and when he asked them why they weren’t being more careful, given that they mix with the population (with zero lockdown there), he was told they were just “following the guidelines” 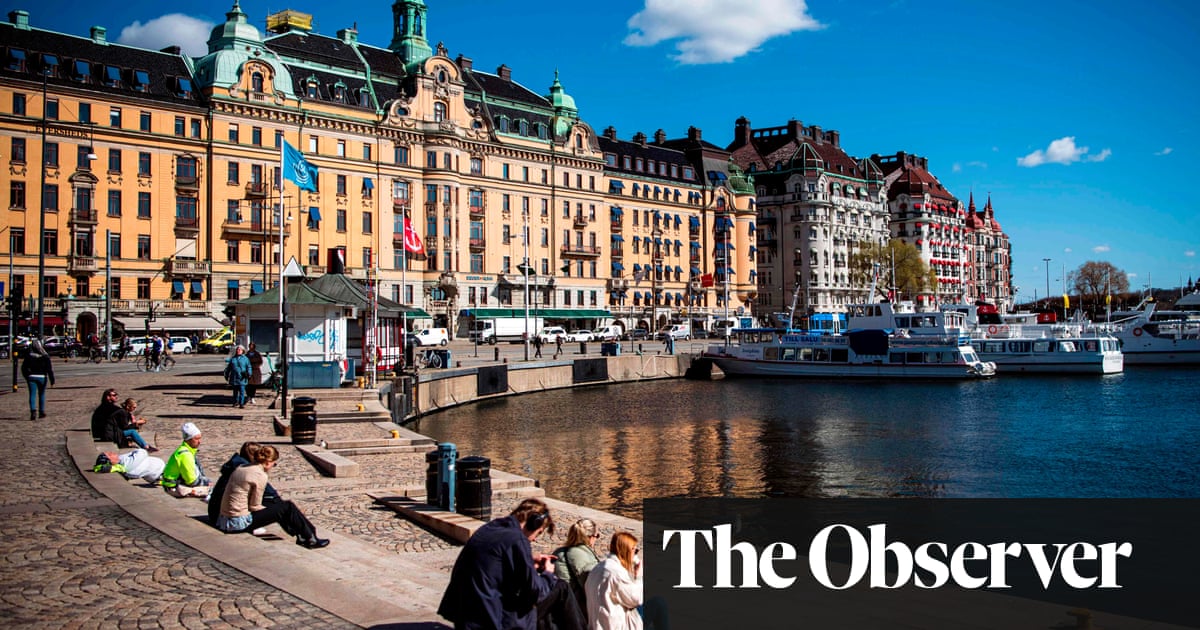 Anger in Sweden as elderly pay price for coronavirus strategy

Most of these types of masks are meant to protect others from you.

Ahem. I did not say they were meant to protect you.