Buff Back Giveaway: Final Round - Game 16 is officially over

There’s also Mega Man 7-Eleven - a game about a washed-out hero turning back to simple life.

I was also trying to figure out which franchise entry the Battle Network would be, but with all the consoles and other spinoffs it was far exceeding 15.

Setting numbers aside, it’s time for the next game!

What Is Yoshi’s Favorite Food?

Throughout the Super Mario and Yoshi series, this particular dinosaur’s favorite food has always been shown throughout most of the series. Can you guess what his favorite food is?

And we have a winner!
Fruit has always been a staple favorite food for Yoshi, yet he did try out pastries (well, cookies to be exact) at one point and things didn’t look pretty good after that.

Please let me know what prize you’d like via PM.

Thank you very much for the game and good luck to everyone, even though the rules state winners can keep participating I dont know, I rather let other people get a game.
Thanks again to @Luxen for the fun giveaway and good luck to the other players!!!

The next game is now underway! 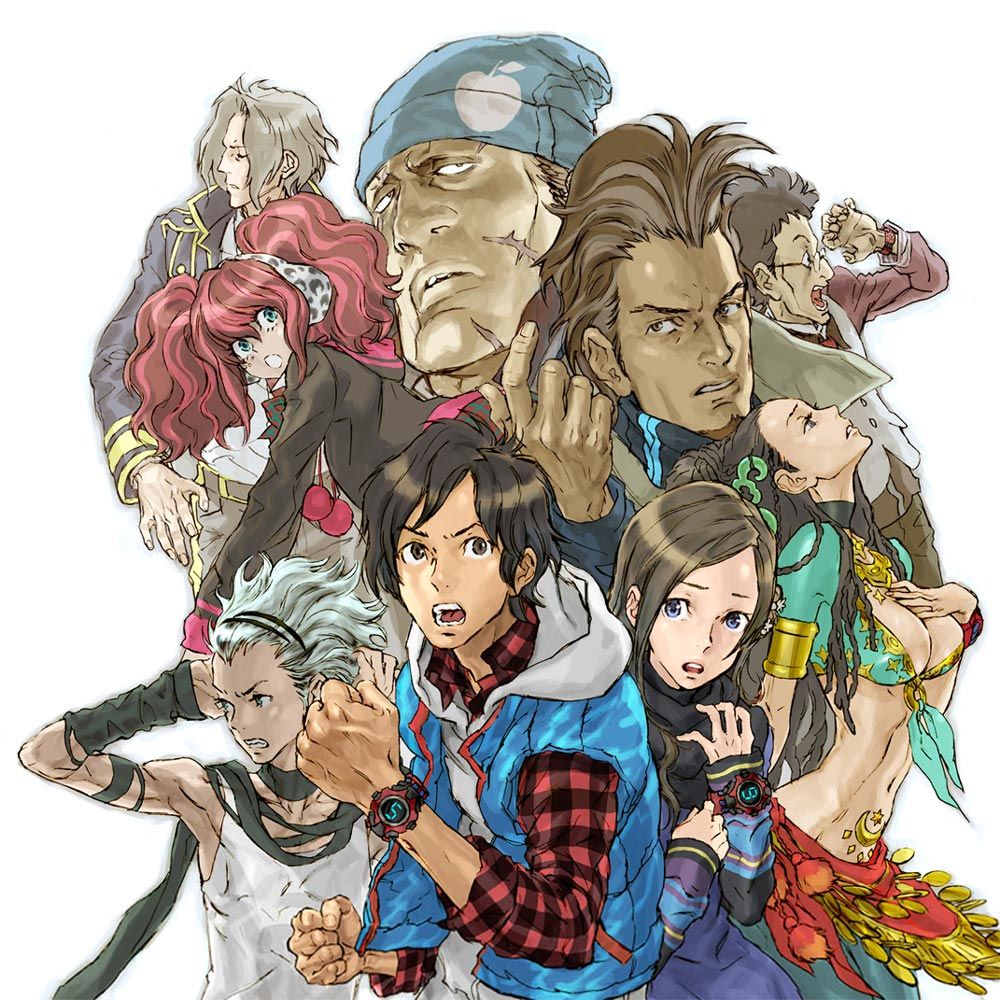 When the first game of this series debuted on the Nintendo DS, the series itself didn’t have an actual title. It wasn’t until the second game released that a title for the series was revealed, which caused the first game to be renamed/rebranded with it shortly after. Some time later, a third game was announced and the first two games were bundled under a new name.

What is the series title and what is the name that they gave to the bundle?

Correct.
Congrats @Fraggles ! Please let me know what prize you’d like via PM.

I’m glad these games eventually got ported to Steam, because the first title was stuck on DS and mobile for quite a few years. It didn’t help that the 3DS version of Virtue’s Last Reward was a buggy mess either (there’s one particular bug that can delete your entire save data), but at least that was available for Vita at the time.

I’ve already played all 3 of them, but it would be nice to get/replay them again on Steam at some point. Especially the first game.

I think I’ll pick up walking dead season 2 then, please.
There are a lot of visual novels out there that intends for you to run them through several times. Few of them are actually interesting to read through the parts you’ve already read once. These games however had me wanting to read everything again for the 2nd and even 3rd time through because of the way it ends the first couple of times and you really want to get another look at the details to try and puzzle things together for yourself. Very good VNs with enough point and click adventure parts to them to feel like not just reading.

I wonder if it’s the same with Death Come True, even though that’s more of an interactive film adventure game. I didn’t realize that already released on Nintendo Switch and mobile near the end of last month.

Movies, even if they are interactive in some manner would be hard to make interesting to rewatch in rapid succession as they take so much more time than reading. I read through one of the routes of the first game 3 times and a couple of the other routes twice as well as of course the common aspects between the routes and you can do that fairly quickly, at least once you start recognizing and remembering the story. You can skim a text and focus on the important bits, that’s very hard to do with video. If they even give you the options of speeding it up or skipping forwards and backwards at will.

I have a hard time seeing a multi route structure work that well as an FMV game. Until dawn tried to do it somewhat but it was mostly just illusory. If you played it through multiple times trying to see what different choices yielded the illusion of choice crumbled rapidly and most alternative outcomes were brief and unimportant. The potential deaths pretty much wrote the characters out of the story whether they survived those points or not.

After taking a break, it’s time to begin the next game!

There’s a Japanese series where most of its events take place inside a Japanese-style bar. This isn’t your ordinary bar though, as it seems to be connected to somewhere else. This series has a novel, a manga, an anime, and even a J-drama loosely based on the source material.

Can you guess what the name of this series is?

Restaurant to Another World (Isekai Shokudō)?

Restaurant to Another World (Isekai Shokudō)?

Unfortunately, your guess is incorrect.
I’m thinking of another series with a similar premise/title.

I’ll be sure to check out the one you mentioned when I can though.

Oh, right, a bar, not a restaurant. I think I know the right one. Can I guess again right away or would it be not in the spirit of the game?
PS that series is quite good from what I hear.

Oh, right, a bar, not a restaurant. I think I know the right one. Can I guess again right away or would it be not in the spirit of the game?

PS that series is quite good from what I hear.

It’s fine. There’s no rule against that sort of thing.

I saw the anime a couple of years ago and liked it a lot; too bad they didn’t make more seasons for it.
I just started reading the manga recently.

It’s fine. There’s no rule against that sort of thing.

Is it Isekai Izakaya: Japanese Food From Another World?

Correct!
Please let me know what prize you’d like via PM and I’ll send it your way shortly after.

It’s time to change things up with the next game! 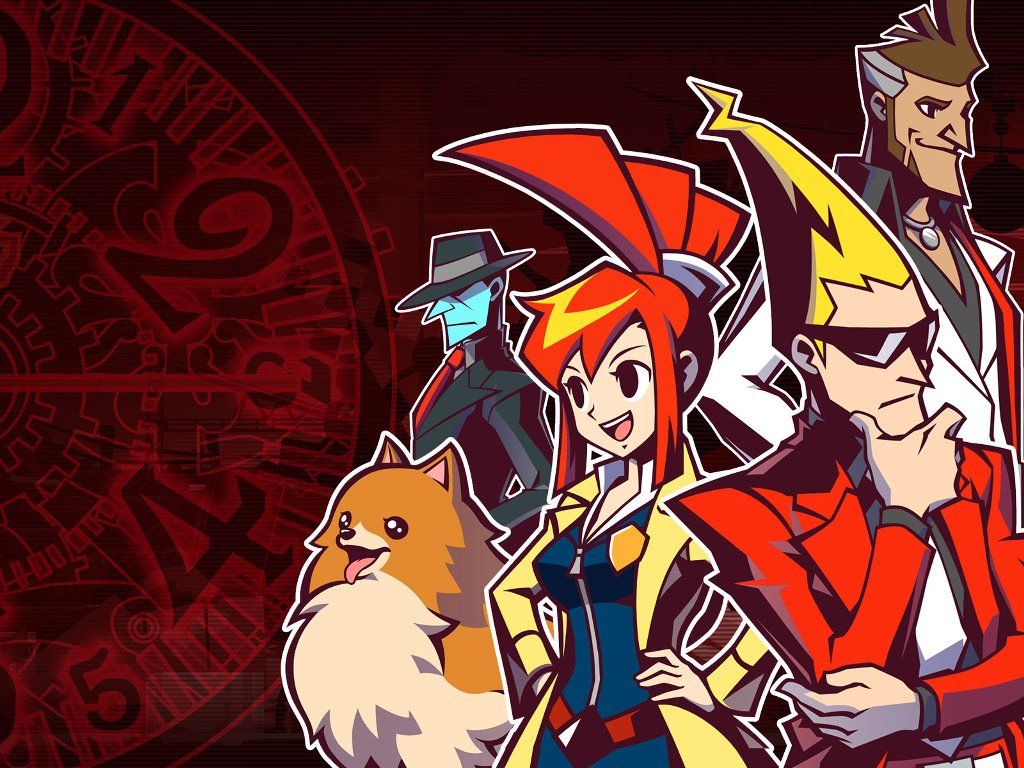 Sizzle spots a truck that’s quickly swerving off course and heading for a cliff. He swiftly enters the the truck by using his ghost tricks, but the brakes are jammed and the only way to force the car to stop is by entering the correct password, which the driver has forgotten in his panic. If you guess too many wrong letters, the system will lock up and it’ll be the end of the driver and their passenger.

Well, for Hangman, I always start with a vowel, chances are pretty high to have one.

Usually in hangman we know the number of letters though, so this is going to be slightly more challenging.