I never bought a Humble Monthly but looking for the Bob Ross bundle I stumbled upon the three early unlocks for the next one: Deus Ex: Mankind Divided, GOD EATER 2: Rage Burst, and Mafia III + Mafia III: Sign of the Times.
Since these are quite high profile games, I had a look at the last month’s bundles and saw that they included several interesting games (e.g., Civilization VI, Snake Pass, Owlboy, Overgrowth) as well.

So, that’s why I am asking: What are your thoughts on the Humble Monthly? Do you buy them regularly (or only if you like the early unlocks)?

I have been buying Humble Monthly for a while now just because I love games and want to try out as many as I can, not all games suit me but for $12 (or what ever it converts to in my currency) I can’t really be disappointed with getting more than one game I will play.

On the topic of Humble monthly would it be against any rules if I were to post Humble Partner referrer links?

sometimes they are good, sometimes they are “meh”
i’ve been subscribed for quite a while now, and to me it’s about the “final value proposition”, -“do i get my 12$ worth a given month”?
if you were cynical/pragmatic you could break it down and say, you’re only paying about 2bucks a game in the monthly bundles (sometimes even less), "are each game worth “that much”?", so if you get a couple of games you don’t like you can just shrug it off with a “oh well it’s only 2bucks anyway”

for me, i’m happy if i just get a game, or even a couple games, that i feel like i might have been willing to pay 12$ for, either on their own or “as a pair”
i’ve not really yet had the feeling of regret over an entire monthly bundle’s content, and quite some time had multiple wishlisted games appear together.
I have however had a couple of instances of mild regret when/where i did pause a month, due to not liking the early unlock, and it turned out to be a pack with several other great games i’d wanted.

Which lead to sort of a case of the “FOMO’s”(fear of missing out), so in the end i either just let the sub roll, or subbed for a long period anyway.

i think depending on your library size/content, there should in all likelihood be a couple of games each month worth interest for most people. And the good thing is, you always have the option to trade away the ones you don’t want, with someone else.
-or give them away on chrono

about this month, i’m not so excited about 2 of the games:

God Eater 2 on the the other hand tho: looks intriguing and beautiful enough, that it peaks my interest juuust enough, to maybe disregard some of the complaints a few people had about it
-so i’m just hoping there is another game in the final package that i’ll want too

My “biggest” gripe with Humble Monthlies is the way they at times misrepresent the “value” (which in the end isn’t that big a deal, as it all comes down to if the game(s) were worth 12$)
since they, sometimes, “forget” to use either correct or up to date MSRP’s, meaning once the complete month’s bundle is revealed, they advertise it as being a bigger/better deal/value than it actually is, because they are attaching “wrong” price tags to some of the games, -inflating the month’s perceived bundle value

personally i think Humble monthly is an okay place to spend/“waste” some spare cash, and the smaller the library - the bigger the chance, you’ll likely get more games might be interested in.

But, always good to keep an eye out/it feels like the offerings or quality are dipping down or lower than one might prefer. Because in the end, -why keep subscribing to something not satisfied with?

Deux Ex is apparently a slightly different version than the one on steam(even tho still a steam key), so you are not getting some otherwise incorporated dlc/mission thingy, that you apparently can’t purchase or get later/elsewhere… and are truly just get a "base game"version

Has this not been resolved? 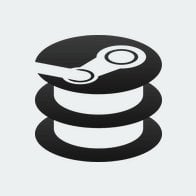 Has this not been resolved?

you’re are indeed right, i hadn’t checked steamgifts thread/status in a while, it does say it’s updated/included now

-updated my above post/reservation with that note

Mafia 3 has received a bunch of criticism

Watch out for strange men in mirrors…

Haha, I didn’t expect to laugh as much as I did.

But overall; is it really that bad? Especially when you don’t expect much?

i think depending on your library size/content, there should in all likelihood be a couple of games each month worth interest for most people.

I think my library size is the main reason I’m hesitant about this. There aren’t too many games that I already had in my library. However, I have several unplayed great games in my steam library already, so there is no pressing need to get more at the moment. But as you said, there is always the fear of missing out.

but for me at this point i think it’s mostly about “wanting” to play them/certain games, not whether i need them, nor even if i actually end up playing it or not.
It’s the idea, that “there is a game i like, -now i got it; so i can play it “when/if” i “want” -even if i don’t actually get around to it or never find the time etc”
even if the end result is the same, -X game never being tried. I’d rather have the opportunity(in my mind) to play, that i got a game on sale(thus 1 excuse to not play removed), than “not being able to” - because i never got the game in the first place (even tho it could be argued “could have just bought it that instant you wanted to try play it” regardless of price/discount/bundle the “opportunity” was the same)

it’s like when “devoting” yourself to “1” game, spending hundreds or thousands of hours, and know you’re gonna continue to play “only” that game for the time being, but still continue to buy other games, because you want to try them, just “can’t” now, so you’ll “play them later” - despite when “later” gets around, you might be busy with other things, or completely new/different games than those in the wait pile

i have hundreds of games unplayed, but i’m still sillily steadily buying games (even when i go weeks without even playing a single game), so i’ll likely continue to keep getting an ever-growing pile of never tried games, -that i (continue to) hope i’ll get to try, -eventually, someday, at one point… maybe…

@Gnuffi you just described my situation

What are your thoughts on the Humble Monthly?

oh yea, i forgot about that

one of the reason i also still like humble bundles/monthly, makes it nicely a tiny bit cheaper for me when buying from an EU country

I used to buy any bundle Humble put out, when they first started. But then, my PC got older and it couldn’t play some of the games. So I quit. I do still buy them but not like i used to. I have only bought one Humble Bundle. It had Stardew Valley in it. Need I say any more…

The 10% off everything in the store including sale items is a nice bonus to the monthly.

Essentially, if you don’t have a Steam backlog then you’re not doing it right…

Well, that actually makes a ton of sense to me.

I think the monthly is a reasonably good thing if you’re pretty new to PC gaming and don’t have a lot on your plate yet. Good way to get hold of a diverse selection of titles for cheap. It really is not for me though. I don’t have a lot of disposable income and spending even pocket change on something I don’t absolutely want or need is just not happening.

I’ve bought a couple of those bundles though but only when the revealed game itself was worth $12 for me. 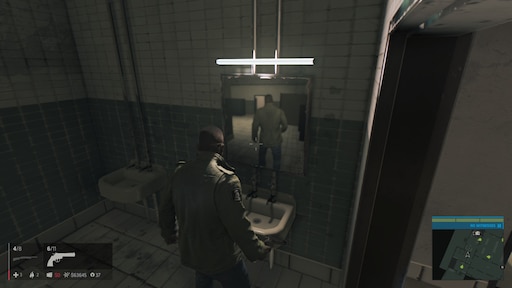 Steam Community :: Screenshot :: The Devil is playing tricks with me.

Steam Community: Mafia III: Definitive Edition. The Devil is playing tricks with me.

Mafia III is a bore, a chore and a total snore. The story is interesting but you have a mountain of tedious gameplay to get to it.

As for Humble Bundle @vielgefiel : I cancelled it because I am sick of getting games that I will never play. Last month’s bundle was the final straw for me.

sick of getting games that I will never play

you no interest in being a bird barrister?