What is a little detail in an old game that you miss?

For me… I keep thinking about it, but i really miss to goofy titles at the end of a multiplayer match in Timesplitters and Goldeneye.

Those were always fun.

Anyone else have something like that they want to see again?

I miss games having both a single player and a multiplayer experience…
I also miss when console games had a local co-op option for everything. I wish computer games would also have that option (not necessarily a detail missing in newish games, but one that never really made the transition from old to new).

I also miss active time battle in JRPGs, but I’m likely in the minority on that one.

And yes, as @hivefleetbothan said, local co-op for almost everything.

This is why I do my best to support and stream indie games.

That’s where the local co-op and other amazing innovations are happening right now.

A set of the newer games I can think of, unfortunately isolated to the Playstation, are the Uncharted series. I think all of the costumes are unlockable through playing.

Except one thing I miss

I have crap internet so playing online with friends isn’t something I can do often, I also like being there next to the person I’m playing with

You don’t find many games with that nowadays

Games being complete on launch

While I might agree that the state of incompleteness has gotten worse with DLC cutting off content and early access existing the rose coloured time where games were complete unfortunately never existed. They just couldn’t be fixed when sold in cartridges and still pretty hard to patch before internet became fast widespread enough for pc.

@Ravenousld3341 One of the things I love about Gears of War 4 is how incredibly faithful it is to the series. The multiplayer mode did like its ribbon-awards, and I’m happy to report that the restarted series has held onto that.

Personally, mine is non-ragdoll deaths. I always hated the way that Unreal Engine 3 and Source games started the trend of crappy-looking, crumply ragdolls with no personality. I’d rather take those awkward Halo: Combat Evolved somersaults over that… it’s a case where engine capabilties started to hurt artistic personality.

I’m also happy to say that this isn’t nearly as common as it used to be. From Gears 4 to State of Decay 2, this kind of vanished under either well-made animations or a mix of weighted movement and ragdolling to make a much better effect. There’s always an exception, though, and R6 Siege needs to deal with its ragdolls ASAP.

I love the Gears of War games. Some of the best co-op games out there.

I agree that ragdoll deaths are really awkward.

@GanbaRANGER Have you played Gears of War 4 yet? I know the Windows 10 Store is a horrible place, but it didn’t stop Gears from being one of the best PC ports I’ve seen.

I was very pleasantly surprised by the game. I expected a Halo style heretical trainwreck by devs that don’t care, instead The Coalition has done a great job of keeping to the original series roots. I did feel that the campaign was trying to be a little Uncharted-y, but otherwise it’s Gears as I know and love but improved in every way.

I don’t have a Xbox One, so I can’t. The first three games (and Judgment) are the main reason I keep my 360 around, though. It’s a Gears of War style Xbox too.

The buttons play sounds from the game.

I’m sure Gears 4 is fantastic. I just don’t have the equipment.

@GanbaRANGER
So… did you go PS4 this generation?

As long as you have Windows 10, it’s up on the Microsoft Store. It’s an amazing port of a great game, and also has full Xbox One crossplay. Just get your hard drive ready… it’s a 130GB download. X(

I was always a Xbox person, but since I started using PC for games, I just haven’t used it much at all. I played Gears 3 and Judgment with my friend last year, but since then, it just kinda sits there. Can’t justify getting a XBone when I can’t even get to all the games I have on Steam, GOG, etc.

I didn’t know Gears was available on PC, but I’m on Windows 8. I got the free Windows 10 upgrade when it launched, but dug out my 8.1 disc after a few months cuz I just like it better. Thanks for the info, though.

130GB oh my! That would be about the rest of my available space!

I do really, really love the Gears games. Some of the best co-op campaigns I’ve ever played, if not the best. I’m struggling to think of a better.

edit: In the interest of not derailing this thread, another little detail I miss in old games before everything was readily available on the internet are all the secrets!

Most games these days don’t really bury stuff that deep because it can be found in seconds.

MS trying to change/add to the definition of “bloatware”,

I miss cheat code select screens. Being able to input codes was awesome, and I loved games that had unlockable cheats as well (Tony Hawk Pro Skater 2 is the only one that comes to mind now for some reason) where you had to accomplish certain goals to obtain them.

Cracktro’s and their awesome music. 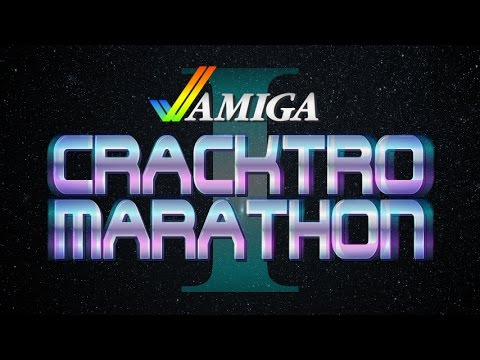 I miss cheat code select screens. Being able to input codes was awesome, and I loved games that had unlockable cheats as well

^this, so, much, this!
i can not even begin to describe how much i vehemently fcn despise the industry for turning simple ass cheat codes, into full fledged god damned paid dlc

and i wish it came standard with a purchase on buying stuff like shark cards, fifa coins, etc etc, that a person rang your doorbell and gibs-slapped you

cheats are cheats paid or not, and they should have stayed bloody free/unlockable, the simple digital (lines) codes that they just are…