What good black Friday deals has everyone found this year.

Not that anyone cares, but I’ve received an e-mail earlier telling me that the scarf I’ve ordered failed quality control and that they cancelled my order. I’ve asked what the hell that means, but they haven’t replied yet. Anyway, completely stressed out I thought to myself that I wouldn’t get it for that price anywhere else and that I’m fucked, but in the end I found a different shop that still had it in stock and got it for 24€ cheaper. All is good, but I’m still stressed and my chest hurts.

The heck is that scarf made of? Do I have to call the frog?

Just on the off chance that there are some super deals around I missed, has anyone seen anything great on sub-$800 USD laptops for gaming? I actually have a chance at getting a new one so I’ve started looking, albeit a bit late.

Newegg is great for tech orders online, both because of pricing and customer service. Not sure if anything is there for CyberMonday though, and I’d imagine it’s highly dependent on region. I’d recommend just filtering to gaming laptops. A 1050ti Mobile (and possibly a standard 1050 Mobile as well, provided it has 4GB of VRAM) is plenty for modern gaming. Not sure on the AMD side, putting one of their cards in a laptop is like walking around with a flamethrower in your backpack.

Newegg is one of the few sites where I actually highly recommend subscribing to their email list. They have some pretty great deals in there from time to time.

This one here is looking pretty good: 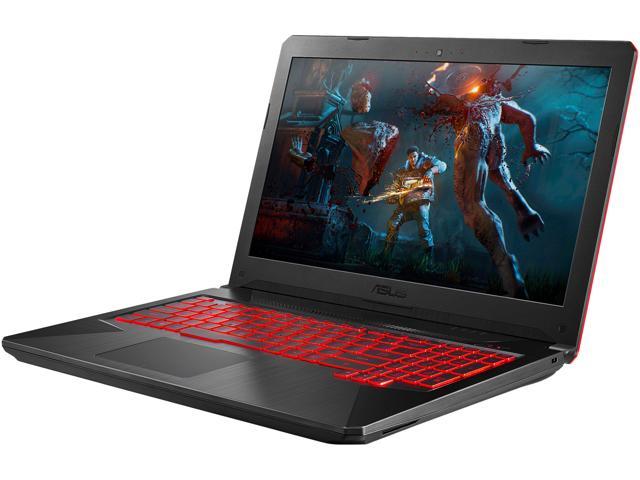 Sales on Newegg end in 4 hours, so get to it!

I’ve been searching for a Nintendo Switch deal for…well, forever. I have never seen one. I’d love to be able to play Pokemon, Zelda, Mario and Smash, but jeez, $399 if you want some accessories or a game with it? $299 if you just want the system (which is useless at that point)?

Anyways, best deal I found so far is on some books, locally. I managed to score a great deal from the local library, but online;

$10 for Fallout: New Vegas on GOG, plus a whole bunch of other good titles like Morrowind and Oblivion, plus Star Wars and Pathfinder.

Pillars of Eternity is on sale too, and at a great price.

And I didn’t fully read the read. lol okay so GOG is Cyber Monday but they had some of these days on the Black Friday sales too.

Ah I saw that one! Thanks for the info though. Braved eBay a bit, but not a big fan of the idea of buying used, especially with very limited warranties and the like. We’ll just have to see I guess.

If anyone’s looking for a good game to play, Darksiders 1 and 2 are 85% off on GOG to celebrate/promote 3’s launch. The sale is on until tomorrow.

I can easily vouch for Darksiders Warmastered as a fantastic action-adventure game and a personal favorite, and having actually played through most of 2 now, I’m pretty sure I can vouch for it as a good game as well (I really didn’t care for the loot system, and I’m glad III dropped that… but I like a lot of other parts about the game).

I’m talking specifically for GOG. It’s worth more to have it on a platform like GOG. It is pretty common for it to drop that low on Steam.

I think he means that the base price is already 10 dollars xD I think I bought the ultimate edition back in the day for 7,50. Although I already had it for xbox360 D:

Just on the off chance that there are some super deals around I missed, has anyone seen anything great on sub-$800 USD laptops for gaming? I actually have a chance at getting a new one so I’ve started looking, albeit a bit late. 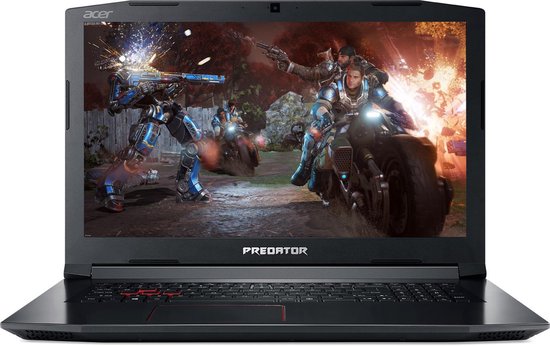 Maybe you can get this one in your country? For the euro price it’s a pretty good deal. It costs about the same to make a desktop with these specs. It has 16GB RAM and 1060 6GB, which is pretty rare for laptops. So with that machine you should be set for the next couple of years.

I don’t recommend getting a 1050ti or lower. The performance is just not that great of that card. Especially if you also use your laptop as desktop (plug it in and play on a bigger screen). Remember that you usually cannot replace anything but the HDD/SSD in a laptop, so you better pick one which isnt already on the low spectrum of RAM (like 8GB), GPU or CPU. CPU is usually not the bottleneck, so mostly you can ignore that.

Yeah that’s certainly not a bad deal. It’s just that with my financial situation it’s looking like a laptop with a 1060 will be out of my price point. Saw this one, it seems to be a pretty good deal (yeah I know it’s a 1050). 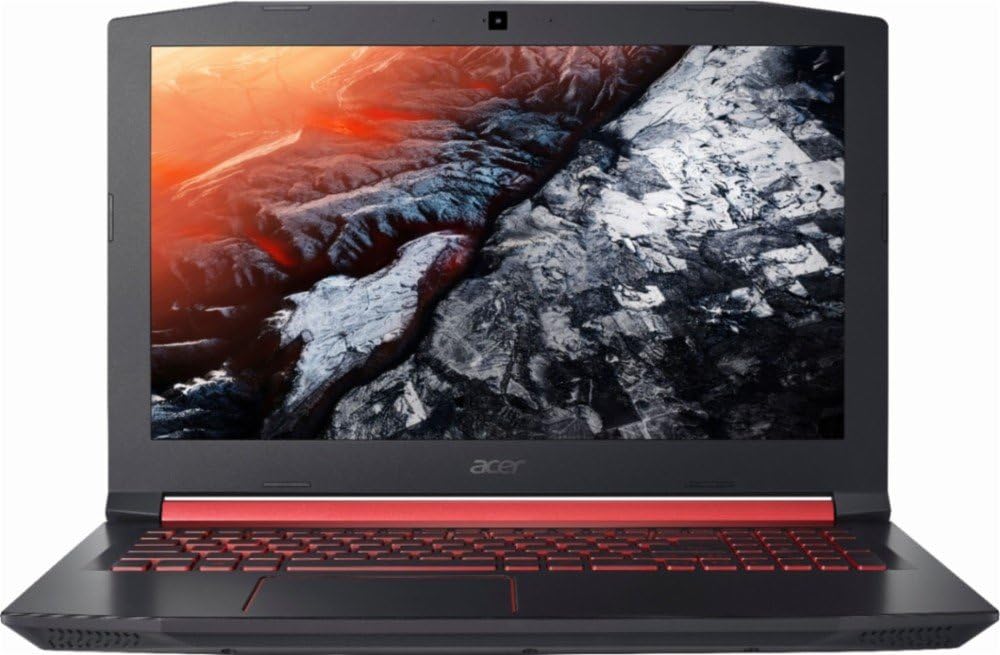 Yeah, it’s Underworld Ascendant with TERRIBLE optimization that was giving you issues, not your graphics card or CPU. Personally I’d have kept the older machine, I can’t justify the minimal incremental performance increase I’m seeing with the 2000 series cards…but if you have the money, it IS faster, just not double or triple faster.

Also, honestly, look at the single-core thread rating - CPUs have had minimal impact on gaming for the last half decade. You are doing a 6 year gap upgrade and only getting a +29% (at best) increase? But that’s because CPU speed hasn’t been the bottleneck for anything since the early 2000s. Typically, loading things into memory from an old HD was a major bottleneck, but SSDs solve that, so memory speeds or raw GPU number crunching is the bottleneck (and GPU memory capacity only comes into play for loading larger texture files like 4K graphics or 4K shadows need at least 6GB, recommended 8GB to load it all at once to avoid having partial loads, swaps, partial loads, push out calculations, 3x slower than necessary due to not being able to transform entire image within the GPU memory limitations) in…unless you cheaped out on the cables for your monitors, in which case they might only be pumping out 30fps (rare but some people never check). Back to the CPUs, the one nice thing I have to say about them is they have become more energy efficient (as evidenced by the cost savings chopping your annual CPU bill in half)…but even then it is pennies (you save 3.25 cents/day, yay).

But I approve. Gaming is still one of the cheapest forms of entertainment, I sometimes quibble over prices/upgrades because I’m frugal and I want to get the most power for my money but an upgrade is an upgrade and I really do hope you enjoy it @YQMaoski especially when you upgrade to 4K in the future!

especially when you upgrade to 4K in the future!

I did plop down for a 4K monitor after thinking long and serious about it after @xist’s comments above. Afterall, if I wanted to stick with FHD gaming, the 1060 was more than enough. I decided against hooking up a TV b/c I don’t have any idea about the timing of the input lag and the response times on my TV. It does have a game mode, but I thought the screen was going to be too big. I can’t really imagine sitting 2 feet away from a 49 inch 4K screen and trying to play games on it…

Not to mention not needing to take the thing off the wall from a different room and then punching more holes into another.

Actually, the build I recommended had a 1050ti as well. Since the mobile versions are of course cheaper, I wanted to at least make sure I was looking at a GTX 760 at least in quality. Yours was slightly weaker on the CPU, but cheaper and with a built in SSD… well played. You got me this time.

For some reason I thought yours said it was 799, sorry about that. But yeah, it’s a bit of a toss up. Slightly cheaper with an SSD, but an older processor. The difference is likely minimal, so I imagine the SSD is the big difference maker.

Fun part is amazon won’t ship where I’m living so it’ll have to go to family in the US, who’ll either ship it to me or just bring it next time they visit.

Online benchmarks are a bit tough for laptops. I ran a GPUUserBenchmark earlier and got a 14% [toaster-tier] rating on my new laptop, only to find that it ignored my dedicated GPU and used only the display GPU… an Intel HD.

I’d imagine a 1050 mobile is more than capable. After all, the 940m surprised me with how capable it was most of the time.

Yeah that’s certainly not a bad deal. It’s just that with my financial situation it’s looking like a laptop with a 1060 will be out of my price point. Saw this one, it seems to be a pretty good deal (yeah I know it’s a 1050).

Then I advise you to:
A. Save up or spend a little more.
B. Go for a desktop? And buy a seperate low spec, 100$ notebook as laptop?
Because once you get a laptop there is no real way of upgrading it unlike a desktop. Laptops are also much more prone to break/overheat. It’s not like you can game properly when in the bus/train anyway if you need a laptop for say school.
C. Perhaps a store like Aldi has a good deal running? That’s where I got my desktop and now I upgraded it for a total of about 800$ (RX580, spare RX560, 24 GB Ram, 1.1TB SSD, 1TB HDD, Ryzen 1600)

Also right now I installed 16GB RAM extra in my pc (I had 8GB) and that makes a hugeeee differences when for instance playing Cities Skylines, Frostpunk or PUBG. So if you go for a 1050 rig, you will most likely only have 8GB and not 16GB RAM, which is imo on the low end nowadays. In more or less idle mode windows and chrome already eat up like 3 of the 8GB.
Sure the 1050ti will run things, but for like 100-200 bucks more you can get a huge performance increase with better GPU and RAM.

Maybe this one suits you? 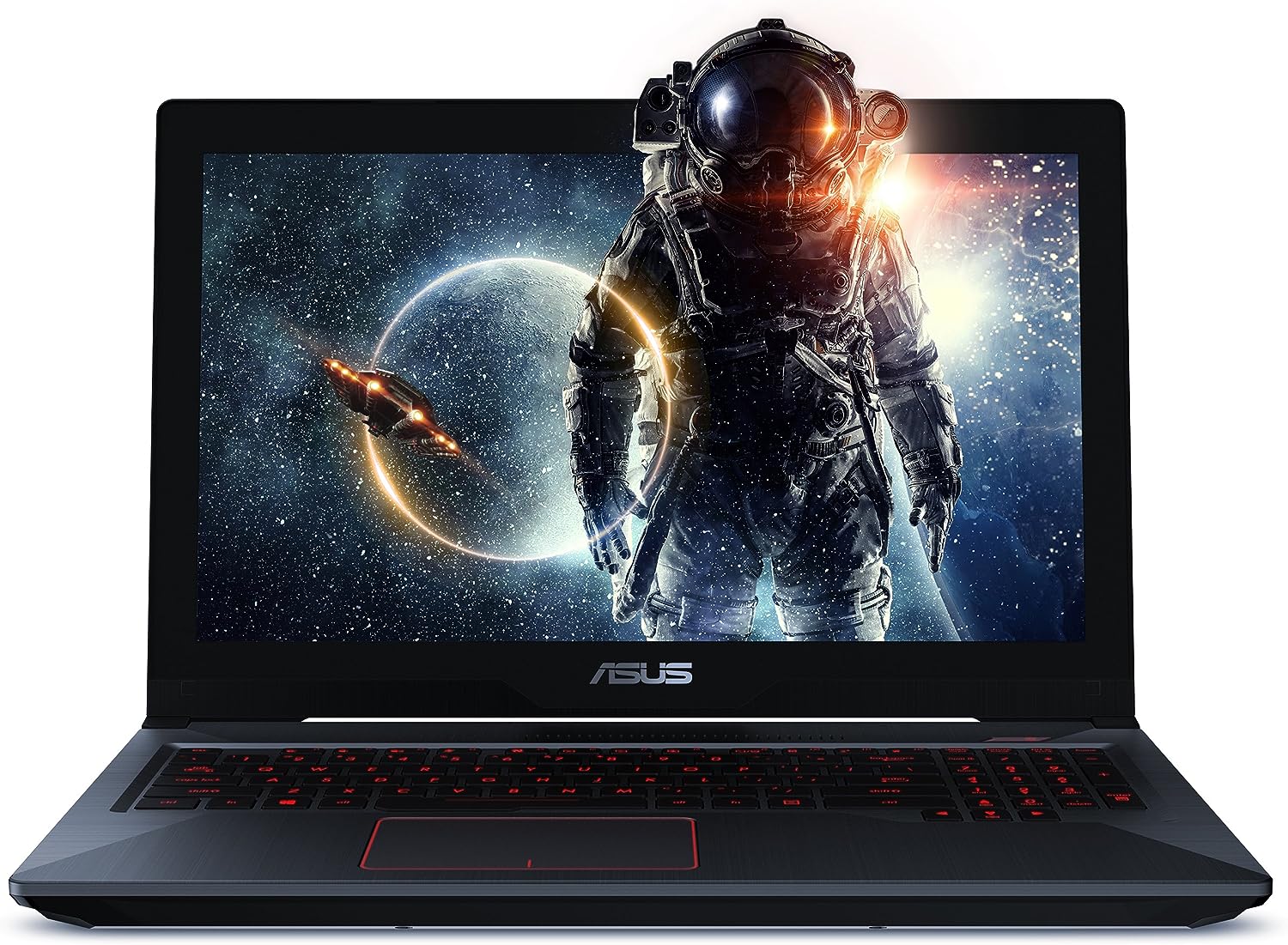 Sadly its the 3GB 1060, but still. Also you might be able to improve the RAM later on.
Or this one which has 6GB 1060 but is refurbished/used 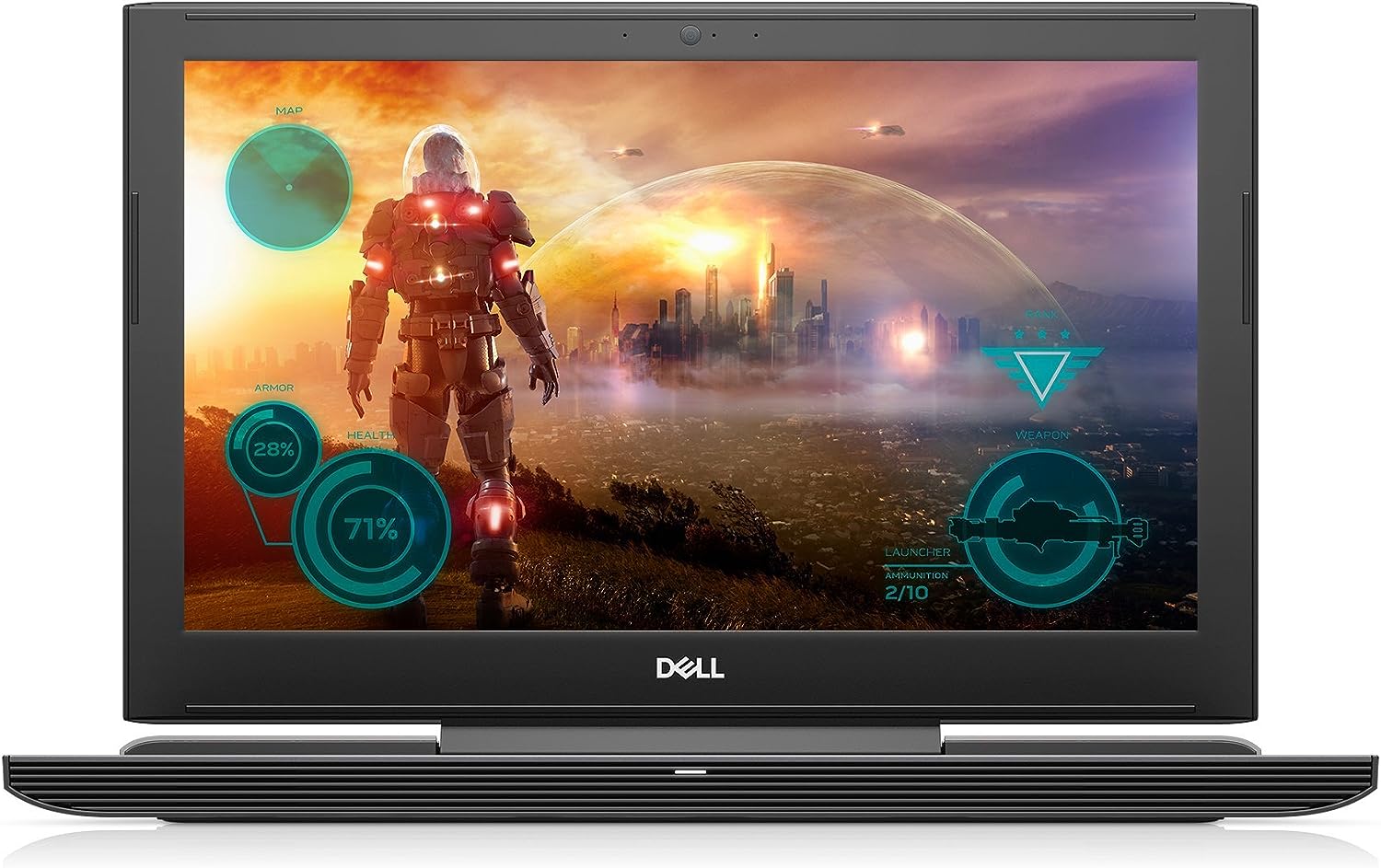 In the end it’s your choice (duh), but the 200 dollar difference or so for 8GB Ram extra and a better card will make a huge difference in FPS and settings you can use: 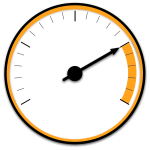 I may stress this a lot, but I hate for you to spend so much money and then find out that it was not enough for what you wanted, because once you got the laptop there is no way to upgrade the GPU. So try to find one with a GPU like this GTX1060 (or higher), RX480, 580, 590.

You make some really good points, thanks for your advice. My question though, having the better graphics card is obviously great, and RAM can be added later. But how effective will that be on an i5 processor? Won’t that hold it back some?

Edit: did find this one 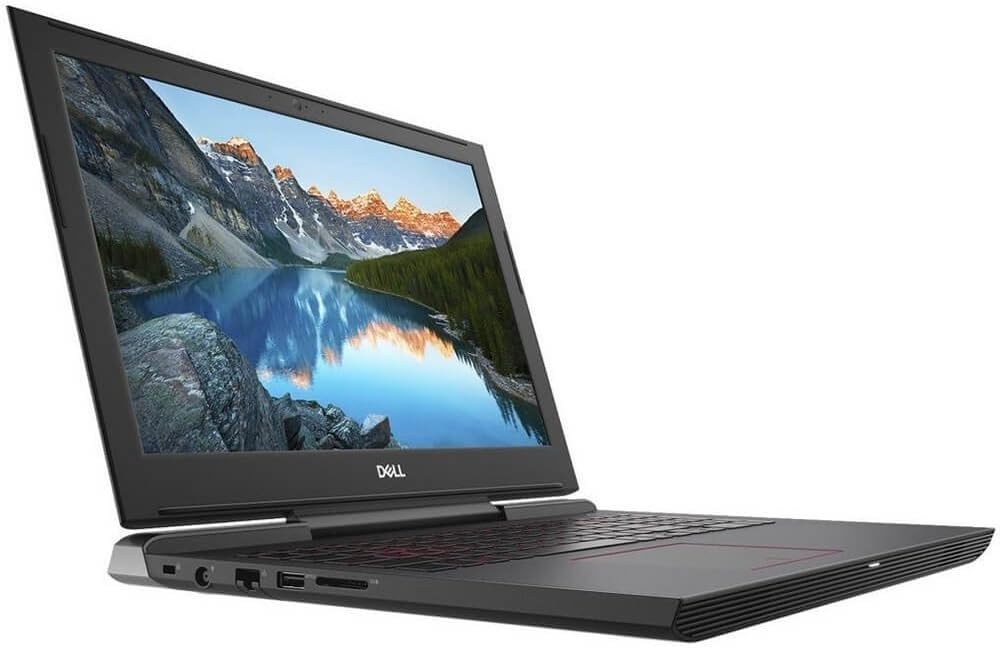 Bottlenecks are overblown. If you do find yourself CPU limited, turn up things that work without CPU overhead, like resolution.

The best way to find out that kind of info would be to check out a review or two, finding some from people who have the laptop already. Unfortunately I haven’t had the chance to benchmark mine yet, but I’m looking forward to it.

Good to know, thanks.