What are the most adventurous games you've ever played?

To be a good adventure game, it needs to havve elements of environment, graphics, thrill, exploration and at least somewhat a story.

I’ll have to go with Shadow of the Colossus and Subnautica. Both of these games are beautiful, have at least a short storyline.
great adventure by exploration, very solitary feeling. and thrilling, theyre both scary and exciting!

Name what’s yours and why?
I know common AAA games like skyrim and witcher 3 but they never felt scary to me…

Forgive me If I’m not fully understanding your question, but for me the game that transports me away from the mundane humdrum of daily existence is The Secret of Monkey Island. I must have played it about fifteen times, and can almost play through the game in my sleep, but there’s something magical about the experience that catches me every time. The music, simple as it might be, is like an enveloping blanket that tenderly wraps you in it’s melodic, and at the same time atmospheric, arms. The characters are charming and full of personality, and the world itself is living and breathing despite it’s relatively small size. And needless to say Guybrush is perhaps the greatest protagonist ever to have lived. Plus the puzzles are fun and clever.

Some might say that the second game builds on the first in every way. But TSOMI is lean and mean, and for me an almost perfect journey into the world of trainee piracy.

“Is that a banana in your pocket or are you just happy to see us?”

When you say “most adventurous” I think large open world and then I try to think of games that might have borders that would take ages to reach or even impossible to reach. Minecraft comes to mind but not something I have “played” all that much.
If I were to throw in the other elements you mentioned I might have to say Zelda games would be the most adventurous for me.

If scary is what you’re after, there is nothing scarier than meeting up with these bastards in the sewers, permanently losing half your life, then having to trek across the entire map to get the cure.

Dark Souls was the ultimate adventure game for me. It hit on all the points you mentioned: environment, exploration, story (upon piecing it all together), thrilling and scary (actually downright terrifying at times).

There is nothing more satisfying than finally seeing the sun after hours of despair in the sewers and Blight Town.

I don’t feel like you’ve defined your question very well. The way I’d interpret what an adventurous game is would be something where the devs took a chance to make something weird and/or innovative, something creatively impressive that still might not appeal to a wide audience.

To be a good adventure game, it needs to havve elements of environment, graphics, thrill, exploration and at least somewhat a story.

But then you say this which suggests what you’re interested in is games which features an adventure. Again I feel like you’ve not really specified things very clearly. Pretty much ALL games have ‘elements’ of these things.

So I’m going to assume you mean that you think an adventure game has to be good at or compelling in all these aspects, to which I simply do not agree. What about the game needs to be scary for it to be an adventure to you? What really is an adventure game anyway? Is it not merely game within which you experience an adventure?

Minecraft has within it boundless potential for adventures but it has no story and graphics are basic to say the least. There’s a whole lot of exploration though and I guess it has “environment” a plenty.

Now I’m not writing this merely to rag on your command of language though, this is mostly about the pointlessness of the term adventure. Adventure is one of the more useless genre descriptors we have, go look up the tag on steam and you’ll get pretty much everything, from Danganrompa to Downwell to Witcher 3.

But I couldn’t possibly pick even a handfull for a top 10.

obviously the best adventure game, to all people, is Zork

But I couldn’t possibly pick even a handfull for a top 10.

^all jokes aside, i share this sentiment very much. +“what do you consider “an adventure game” to begin with” question too…

side note, -i do find it somewhat odd one of your criteria for a good adventure game is “graphics”, some of the good, (and older), didn’t need that to make a good game or great experience

in fact so often tripple Aeh Aeh Aeh think they can sacrifice gameplay and story and make up for it with “graphics”, -yet always seem to fall somewhat short on that notion… (“yay” open worlds)

It was an adventure all right…

The Secret of Monkey Island

oh hi there did someone call for me 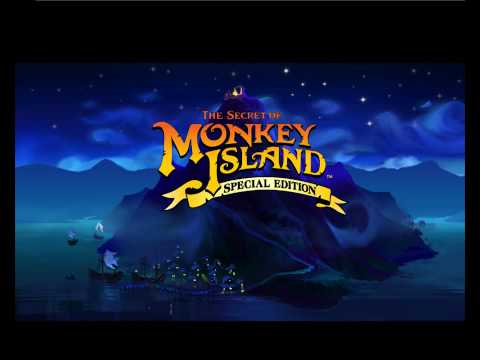 i hear my theme song

dances with a peg for a leg

these are some games that made me feel really adventurous and evoked several of the feelings you mentioned:

The Curse of Monkey Island

“I’ve sailed the seas from Trinidad to Tortuga and I’ve never seen anything like it! The engagement ring I gave Elaine has a terrible pirate curse on it. LeChuck is behind it, I’m sure. I should have known that nothing good could come out of that evil zombie’s treasures. And if that’s not bad enough, the clairvoyant I met in the mangrove swamp told me that if I am to break the curse and save Elaine, I will have to die!”

“Witchers were made to kill monsters. It doesn’t matter who posted the notice, the coin has to be right, that’s all. Witchers don’t debate. Their conscience plays no part. They just get on with it then pick up the coin pouch tossed at their feet and set off on their way. Folk don’t expect witchers to save them from themselves.”
— Geralt of Rivia

[You’re already too late]
[The world isn’t worth saving anymore.]

OneShot felt like one of the most gripping, unforgettable and bonding adventures I’ve ever undertaken. It doesn’t offer so much on the exploration side – as in, freely walk around and discover stuff – but it makes up for that with depth: the few tid-bits you find out by going out of your way are really profound and worthwhile. It starts as a very personal story, becomes a delight through its telling and achieves a milestone in gaming by its conclusion. It made me feel all kinds of things, and the thrill of adventure never quite left me.

West of Loathing is an adventure on the fun side, but the world is so diverse and so peculiar, it has a thing for everyone. So yeah, even the occasion “eesh that’a creepy” moment is there.

Primordia is pretty linear but not really. I feel like it offers several different game-play options. Therefore you can finish it with a reasonable understanding of the story, or a vast knowledge of a world that once will be.


The rest is pretty self-explanatory.

I’ve had my eye on Oneshot for some time but wasn’t sure if it was worth putting the time into it. It looked intriguing of course, but then so does pretty much every game and many of them turns out to be mostly trash in the end. Even with steam reviews singing it’s praises and especially when it’s some indie darling thing with 1000s of “awards” from insular insider events.

You caused it to jump a few levels on my consideration list though.

I agree with the lot when it comes to the Monkey Island Series (Specifically 1-3 and 4 has a special place in my heart).

HOWEVER going with your criteria: QUEST FOR GLORY SERIES specifically
Quest for Glory IV

Released in 1993 I believe, the graphics, voice acting, story were great. Granted at the time of release it was CRAZY BUGGY. However it’s very playable now on Steam and GoG etc.

Like most games of this era the exploration is more linear, but that doesn’t take away from the gameplay at all. Especially since most puzzles can be solved differently depending on what class you’ve chosen.

Another adventure game I suggest which is very obscure: Fable. NO Not FABLE that you’re thinking of. Fable 1996 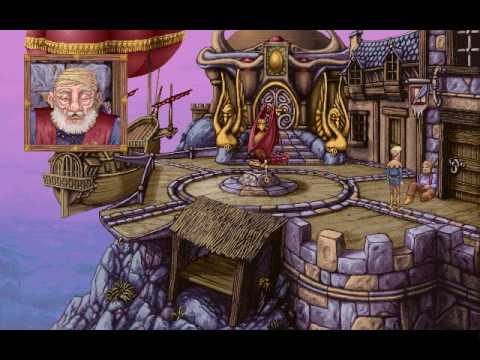 I still have my original disk and if you could find a copy, i would highly suggest picking it up. I dont think there’s any way to play it with the voice acting / sound without it.

I actually forgot another love of mine…Chrono Cross. It transports me to a different world, and whilst it has it’s flaws, from the opening cinematic I was hooked - 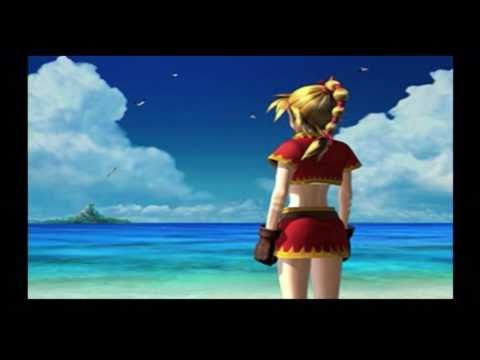 Maybe you know about Abzû,

But from what you say you’ll love It.

A lot of this

very solitary feeling. and thrilling, theyre both scary and exciting!

Everybody knows Zelda But If you haven’t played Wind Waker give It a go.

A boat, the sea and your adventure. You fight because you want to and when It’s time to save the world you earn that shit, you’re a random kid, you are special bc you are yourself, not blonde Jesus.

I got a real sense of… Welp, If you die we’re screwed but… we’ll seek another brave person and hope for the best. You could be replaced and I enjoy every minute of It.

Twinsen, the plucky hero of Relentless, returns to face his greatest challenge ever. When

The one you’ve probably never heard of, not very scary but checks all the other boxes.

The pacing of this game It’s absolutely fantastic, you travel to so many places and end up knowing so many people, It’s such a ride, like a good mix It only goes up. (With a lil’ surprise 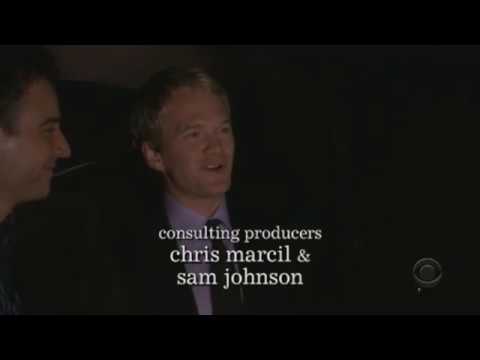 "Let’s get naked and take a swim on the lake

"
Caught me so off guard after the doubts of the hero

I stopped bc Spoilers, I’m going to check it out tho, thanks ^^

the game that does this for me is fallen enchantress, something about it just takes hours from my lifespan, and I don’t even notice.

it might be because I can make my own fella, and my own race. its awesome.

Yeah its a really quirky game for sure. I mean, when you think about it, A LOT of those point and click adventure games had some interesting humor to say the least.

I wonder how that got started… maybe It works better whit the genre. I can’t really think of other quirky games that work in that way.

I guess they influenced each other like the comedy in 80s/90s action movies + all the classics are the usual suspects at LucasArts.

But yeah Broken Sword is funny in that way and the King/Sapce Quest too (?) (Never played those).

It’s funny to look at trends of the past, like Survival, open world, battle royale pls stop, I bet the games are great but omg stap.

I have to agree with you entirely, Dark souls (1 in particular) gives an amazing sense of exploration and discovery after each area as well as the reward for finding short cuts is always worth it.

I WONDERED WHERE I HEARD THAT PHRASE LATELY 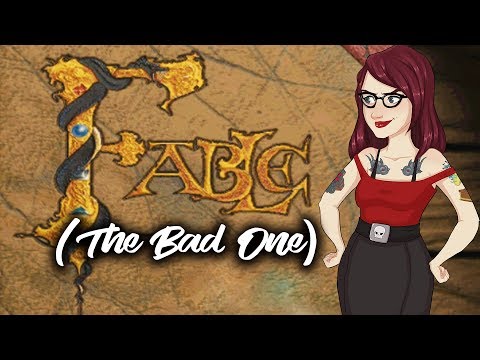 PUR did a review on it that was funny xD it kept appearing on my feed so I watched it.

(I’m sorry she says your childhood game is bad xD )