^i can’t find the words, the above will have to stand
i just went straight to bed when i saw the tweet last night, i can’t even…

Good five minutes thinking about what should i write about this…

Same tbh, It’s such a sad and weird feeling

I’m really glad i forgot checking Twitter this morning. At least until the weekend had like, “properly” started. If i got these news before i got to my internship. I would simply not have been able to function there. I feel i had the same reaction as @Gnuffi to this.
Well. My irrelevant life aside.

When going through all these comments i noticed a nice pattern. Almost everybody here seem to have had some sort of experience with TB… Don’t know where i wanted to go with that. Just neat.

But yeah. Of course my condolences go to Genna, their son and the rest of their family. Also partly to Jesse and Brooke (aka dodger) from The Cooptional Podcast.

Rest In Piece. John Bain. You will always be my idol and inspiration, in life, and death.

Rest In Peace. You will forever be missed

This is such a punch to the gut. He was a great partner, a great friend. He will be deeply missed 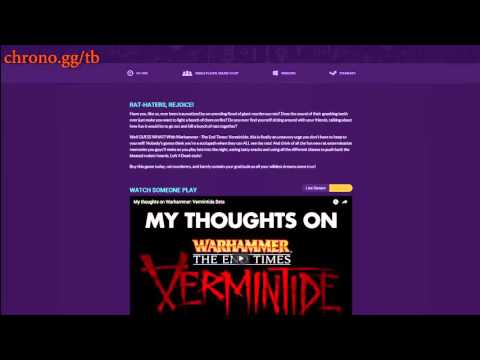 Went spelunking in the page source for reasons and felt obliged to post here after seeing this. Didn’t follow TBs content (the few “WTF is …” episodes I saw were great though), but somehow I still ended up watching his video about chrono.gg back in the day and ended up here.

Here’s the link in a clickable format: https://youtu.be/5LfcD1DZVBI?t=96.

I’m sad.
If you guys want to help out his family :
https://www.gofundme.com/TotalBiscuit

He had a strong conviction about never taking charity while he was alive, I don’t know the family’s position on this but this seems pretty disrespectful.

I agree it seems odd, especially after his statement on his official reddit -

We’ve had A LOT of questions about donations, how people can help etc. That’s always humbling to see. Some suggested a GofundMe. I’m not comfortable with taking donations when I’m still able to work and have income from several different sources. I dont begrudge anyone for using donations as a form of income, its just always seemed inappropriate for us when we have several other ways to making money that result in both parties getting something. If you would like to help, do the things you’ve always done. Watch our videos without adblock or with Youtube Red (yes Red helps, a lot, much more than watching an ad). 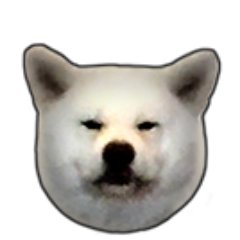 @Totalbiscuit
Thank you to David for organizing this. My entire world has gone overnight and I just don't even know where to begin to express my gratitude. - @GennaBain https://t.co/CS979aH7Jv

@GennaBain
Thank you so much for doing this David. You have always been so supportive of myself and @Totalbiscuit. https://t.co/ttET68haGz
5 Likes
Fraggles May 25, 2018, 9:27pm #31

I mean what else is she going to say? No thanks please don’t give me $200k? At least it seems like this David is someone she knows and not a complete random nobody. Though it seems in recent years there’s been a rush to set up a gofundme page for anyone who’ve died while moderately famous or having run into any sort of hardship.

I guess the question about whether charity is good even if it’s only done to pat yourself on the back or not applies.

Is there any question about whether charity is good or not? How could helping one who is in need not be good ever? (I perfectly understand there are some cases where it does more harm than good.) If a person has nothing to feed himself with although he’s done all he can, or he’s in a wheel chair for example or paralyzed from the neck down, would it not be a good thing then to provide for him if he has no one who does so?

And then there’s the fact that charity can eventually do way more good for the one who actually gave it, though that entirely depends on that person’s intention while giving it.

Well that is a very complicated question. Though it has mostly been raised in regards to social media twerps going around filming themselves giving stuff to homeless people. It looks kind of like a shitty thing to do, but on the other hand some homeless dude got a hamburger out of it. He didn’t necessarily ask for a hamburger though and he certainly didn’t ask to be filmed and put on the internet.

There are cases where charity has caused great harm too. Practical example of great charity drives where EU/US donated huge amounts of clothes to Africa in the 90s which completely annihilated one of the only strong industries the continent had, the clothing and textile industry, which has never recovered. This is why today charity shops that take donated clothes sell those clothes back to us for money which is then used for charity stuff.

Then there’s of course the question of integrity. As I mentioned TB himself was vocal and consistent about never taking donations. He wanted to run a business, he wanted to provide a service and products for the public to use and purchase. Even as he suffered this cancer he stayed adamant that he was not going to take charity. He ran several charity projects for things he believed in, but never for himself.

It just seems to me that if you wanted to do a charitable thing in the memory of John Bain then doing a drive for Able Gamers or Charity: water, two projects he supported himself, would have been a gesture he would have preferred.

Then there’s of course the question of integrity.

That question is no longer an issue, and he certainly deserves respect for those decisions he made, no doubt about that.

I personally imagine that this has been done with his wife’s permission and in the interest of his son, and I can’t see any wrong in that, and his wife will be at liberty to use that money for other causes he believed in if she wants to do so, so it could be that both objectives are satisfied.

(And if it wasn’t with her permission then there’s nothing preventing her from refusing this money anyway, and she certainly wouldn’t be the first person to do so either.)

[It was very nice of the EU/US to donate huge amounts of clothes, now let’s hope one day they will also donate all the people, diamonds, silver, gold, oil, and whatever else they stole from Africa in the first place (and had they not done so, then maybe it would have been Africa who would have sent them clothes, rofl), or maybe they could at least just leave those countries try to run and manage their countries and natural riches themselves.] [and y, i know i’m the one bringing this up, but let’s not make this thread about that, so i do apologize, but i do feel it could be necessary to bring it up]

TB was the one who got me here and who I supported here on Chrono. May he Rest in Peace.

Alright, it took a while to really collect my thoughts on this one. It was just a few weeks ago that I was writing a short textwall about his announcement about retiring WTF is _______ content in his usual tone, and this whole thing caught me completely off-guard. So, without further ado… I suppose I should pay my respects, even if only via a simple textwall.

Ironically, what I remember most about TB was how he introduced me to Spiders RPGs. I’d been offered Bound by Flame a long time before, and while I liked what I saw on the Store page, I had been deterred by the reviews panning the game for its combat and general Spiders jank. 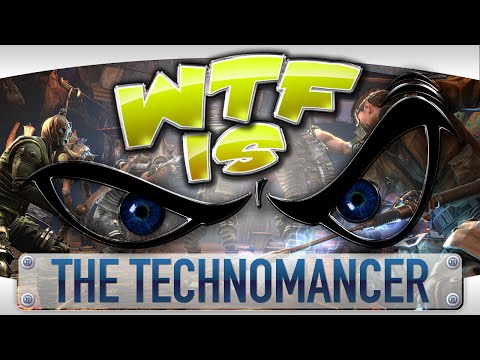 It was when I saw his video on The Technomancer that I actually liked what I saw. I felt like TB was missing something in the video, similar to how AngryJoe has destroyed every Piranha Bytes RPG over his own mistakes rather than actual flaws in their games (which were quite severe ones, by the way). Respectfully disagreeing with TB, I picked it up on an 80% off sale and played an hour. I ended up enjoying it so much that I quit so I could buy and play Mars: War Logs first, then finally bought and played Bound by Flame before finally picking back up with The Technomancer. Despite its jank, I really enjoyed my time with it.

I suppose that really describes my thoughts on TB as a YouTuber. I’ve disagreed with him plenty of times, even criticized him heavily over some things I considered petty or dangerous. At the end of the day, he’s still basically the trailblazer of game reviewers on YouTube and probably one of the main reasons why “critics” on YouTube can be taken seriously instead of being thrown aside for the main outlets. He gave a voice to a completely new platform where someone like TheRussianBadger can basically come out of nowhere and become one of the most relevant YouTubers around, and have a voice almost as loud as all of IGN or Gamespot combined. He’s the reason I can tune into someone like TehSnakerer, kick back, and forget that RPS and Eurogamer ever existed.

That’s not even getting into the fact that he is, after all, the reason why I’m here. He introduced me to Chrono as I was already interested in RedOut. I’m usually very suspicious of online retailers, especially in the wake of G2A and other fraudulent sites, so I would have just been a little suspect and walked away had he not talked about them.

I just find it extremely hard to be mad because of one joke, a few crappy remarks about American politics, or a few insults here and there considering how much good he did across a long period of time. With an audience that large, any slip-up you make will be put on a pedestal, so the fact that his reputation went relatively untarnished speaks for itself. That’s not even getting into the fact that he’s been going through God-knows-what in chemotherapy for a long while, and the fact that he stayed as professional as he did literally until the end is quite an achievement. I may not have always agreed with TB, but I respect him a great deal for all the good he did.

Phew, that was a textwall and a half. Rest in pepperoni, mi paisano.

There’s no “apparently” in it judging by those screencaps. He outright revelled in it. To celebrate anyone’s death, no matter the differences you might have, is a terrible indictment of character. Crooks seems like a terrible human being, with a large chip on his shoulder.

He contributed quite a bit to PC gaming as a whole over the years. RIP dude.

@User123698745 Geez that’s just not cool. I can understand him not liking TB (I didn’t either in his later years) but to celebrate someones death is just evil

I would rather we didn’t make this thread about hatred, or about giving attention to some jackass, let’s just honor tb, show our respect for him and ignore the morons.

I would rather we didn’t make this thread about hatred, or about giving attention to some jackass, let’s just honor tb, show our respect for him and ignore the morons.