If you plan on purchasing Vampire: The Masquerade - Bloodlines 2 and you want some in-game swag, you should possibly consider making a Bloodlines account. Over the course of a year you can gain points and complete objectives to unlock in-game rewards.

I am not 100% sure… but I think regardless of whether or not you pre-order the game, if you have a Bloodlines account and unlocked the rewards, you will have access to said rewards whenever you do decide to buy the game (like say during a sales event).

EDIT: There’s a sign up for a Bloodlines newsletter, if you want regular updates, at the bottom of the first page 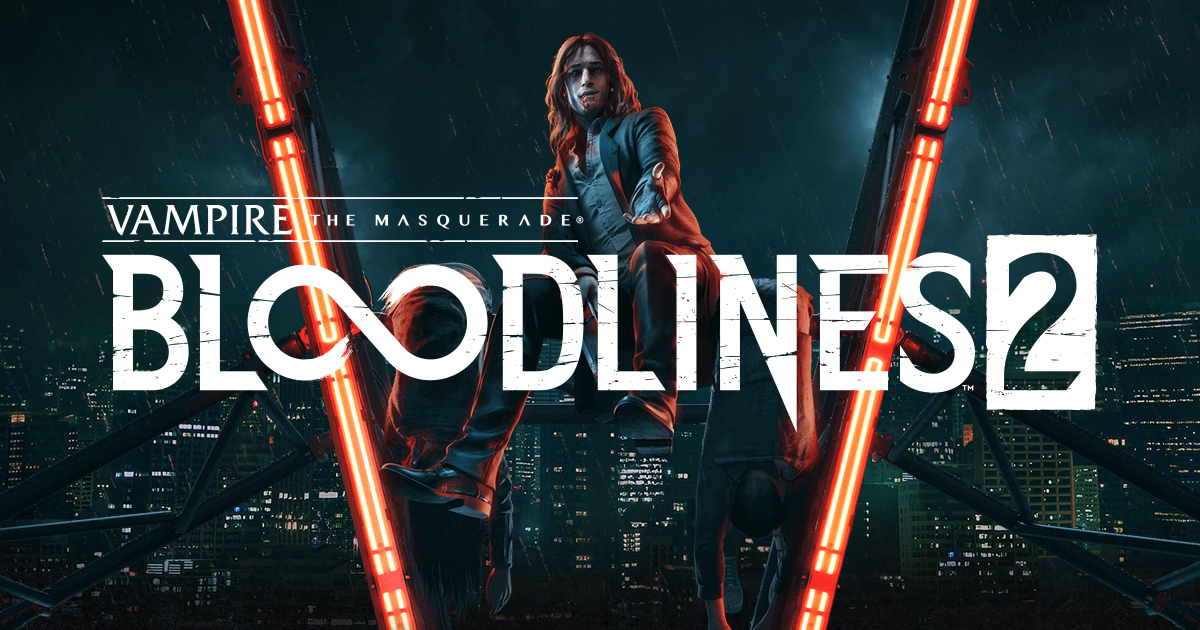 A City Run on Blood : Vampire: The Masquerade – Bloodlines 2 casts you into the foggy streets of Seattle as a fledgling vampire hungry for blood and answers.

These are what BLOOD PACKS look like, find 'em on all of the different pages

aeh… apparently i’ve been at this for longer than i thought? o.O

guessing it takes from your original paradox acc creation then?

Imagine the shitstorm if it will actually turns out to be bad.

I think games like Bloodlines are victims of nostalgia train. Most people remember them throu pink glasses and way better than they actually were.

the game is awesome and still holds up today, bar certain "age related"issues that can make it feel annoying to run on modern hardware, so it’s a good idea to get the game (unofficially)“patched”. Graphics will appear a bit dated tho

Not saying it was bad or anything but nostalgia is a powerful thing and more often than not we humans tend to remember things better than they actually were.

This game is going to have a lot of ‘hype’ ( or whatever kids use these days ) surrounding it because everyone remembers original so fondly but it just might not live up to it exactly for the same reason.

Oh look at that, the Epic blood pack was ‘hidden’ on the pre-order page, how very surprising.

and there is a difference between a game being old but arguably great “to this day” - to a sequel not living up to expectations.
honestly i think that unless they totally crap on themselves and completely ruin the game, they can get away with almost “anything Masquerade Bloodlines”. It’s not something that’s totally overblown and bound to kill itself from longing hype it could never live up to -like HL3. But still desired enough from time passed that “a sliver” would likely be okay pleasing somewhat regardless of turning out a bit disappointing.
Bloodlines didn’t sell terribly well (actually didn’t do well at all) but it gained somewhat of a “interest” among those that did and enjoyed it. And if steam reviews are anything to go by, seems plenty of people that gotten it in later years found it well off enough to get a 90+ rating among those cult smitten"clan bitten" members

it’s been what, 2-3years since i last took it for a spin, and i’ll say it’s a strong game for its time, and in terms of story, interaction and gameplay it easily rivals even more modern games/drivel (imo). And it’s just wonderful to have fun with the violence and fantastic powers at your disposal, or to just sex it up that tiny bit (long before Witcher or Mass effect)
The game offers a ton, and i’m pretty sure fans kept adding on top of that, and even with the bare minimum patch, it’s still a fun and interesting world/RPG to take for a spin with all the options it has. (just the fact Malkavians is a thing should make people excited to try this game

)
-beats climbing yet another gd dang radio tower, that’s for sure

i mean, it’s not like publishers aren’t making their shtick obvious these day

I think games like Bloodlines are victims of nostalgia train. Most people remember them throu pink glasses and way better than they actually were.

the game is awesome and still holds up today, bar certain "age related"issues that can make it feel annoying to run on modern hardware, so it’s a good idea to get the game (unofficially)“patched”. Graphics will appear a bit dated tho

Not saying it was bad or anything but nostalgia is a powerful thing and more often than not we humans tend to remember things better than they actually were.

This game is going to have a lot of ‘hype’ ( or whatever kids use these days ) surrounding it because everyone remembers original so fondly but it just might not live up to it exactly for the same reason.

Having played Vampire: The Masquerade - Bloodlines “offline” several times last year¹, I wholeheartedly agree with @Gnuffi. Yes the graphics look a lil’ long in the fang so to speak, but once the game is updated with the Unofficial Patch, the game is comparable to many indie titles of current year. The game plunges players into the dark and gritty vampire underworld of modern-day L.A. Character creation allows you to make damn near any vampire character that you would want, well, within the constraints of vampires in the World of Darkness setting. Choose a vampire clan, the characters sex, and then use a point-buy system to purchase attributes, abilities, and disciplines.

Bundled up in the Unofficial Patch are some quality-of-life upgrades, the Troika Games official patch, and an entirely optional + patch that can be chosen at installation. The + patch is more akin to a restoration project. It adds a lot missing content, including new characters, dialogues, graphics, items, levels, models, original music, sounds, quests, and weapons. In my humble opinion, it is a must-have if you ever plan on doing a Malkavian run-through.

¹First time I played VtM - Bloodlines I made a Ventrue (aristocratic social vampire), followed by a Tremere (intellectual vampire mage), a Gangrel (animalistic shape-shifting melee-brawler vampire), and last but not least, a Malkavian (bat-shit crazy, dementia inducing, insane “psychic” vampire²). If you want a serious game I strongly suggest playing as any vampire clan, but Malkavian, at first. The Malkavians insane perception of events differ in many avenues of the game when compared to the other kindred (vampires) as a whole. Remember, Malkavians were blessed/cursed with insanity, so they perceive the world through that lens.

²Not to be confused with psychic vampires, A.K.A. energy vampires… also referred to as “emotional vampires”.

What the hell’s a Tender and why do they associate it to the game?

also “tender”/“tinder”, they probably didn’t have to work hard for free puns/similarity ripoffs

Oh, I find that an extremely poor and distasteful marketing choice to be honest.

I’m also not a fan of original VtMB. I played it soon after release (but probably after a few patches since I did not encounter noticeable buggs).

What I remember is a fairly short, very linear game with clunky combat and atrocious last part. Graphics were nice but every single choice (including clan choice) had less consequences than i expected and it was a major disappointment for me. I expected way more from those guys after Arcanum.

The game was not bad by any means but for me it was totally forgettable and how it retains modern classic status is beyond me.

I’m generally not one to dismiss someone’s viewpoint on something out of hand but your description of the game differs so unreasonably wildly from my own experience and that of every one else I know who have played it that I must ask. Are you sure you didn’t misunderstand something, miss something or played the wrong game?

every single choice (including clan choice)

guess someone didn’t play nosferatu then ?

there’s going to be a new bloodlines game?

Guys I’m COMPLETELY out of the loop on this one wowsers… awesome! Right? Or… are we doing that thing where we don’t get excited because the sequel will never stand up to the original’s cult classic legacy?

I mean just let me know so I can tune my emotions accordingly.

Maybe this will help LMAO

Alright so should I play the first one before this one comes out? I don’t know much about it but the style sounds interesting, and if the gameplay holds up (what kind of gameplay Is it btw?) I generally prefer going through the original before the newest one.

Basically it’s a (mostly?) first person role-playing game with many supported play styles. I’ll let someone much more familiar with it to go more in-depth for you

definitely recommend it though. If I’m not mistaken the camera goes to a third person perspective when using melee weapons.