Trapped on a desert island, with a single console and it's entire library - which do you choose?

After having a fight with component cables, RGB scart cables, CRT and LCD TV’s and old consoles I started to wonder…assuming you only had access to a single console from any era (including present day), had no access to the internet (except for guides if you needed them, but this does mean no multiplayer) but were able to play all the games from your chosen console’s catalogue. Which console would you pick to be stranded with? (Handheld systems included too if you so desire).

Personally I’d go with the Playstation 2. For me the PS2 is the absolute pinnacle of gaming, and whilst I considered the original Playstation as a contender, I don’t feel that the games hold up as well today as that of the PS2. With a vast library, spanning every genre including games in genres of their own, I really think it’d be a mammoth task to get bored of the PS2. Metal Gear, Devil May Cry, Final Fantasy, Katamari Damacy, God Of War, Valkyrie Profile, Okami, Resident Evil 4, GTA San Andreas etc… The PS2 is the king of all gaming for me.

So, what would you pick?

Easy choice: PC master race, because with emulators that means EVERY game ever, including console games.

Not the droids answer you are looking for but PC?

My Dad use to fix computers for a living so I’ve always been surrounded by them, I never had my own console and I’m pretty awful with controllers. We eventually got an xBox in the house and I’ve played Halo on it, but I much prefer a PC and a keyboard and mouse, it’s not even the games for me it’s more the functionality.

And this here is why I said console - because PC cheats.

PC obviously the correct answer every time, but if you’re going to be like that then I’d go with the SNES so many absolutely amazing games for it. The PS2 might be a close second.

Phillips CDI for me, have to play those bad Zelda games forever

I would definitely go with the PS2, for the same reasons @xist already listed. And don’t forget the backwards compatibility with PS1 games… or is that cheating

seriously tho, PS2, there is no contest, (+2 Metal gear games on 1 platform alone

), add the ps1 backwards compatibility and it’s an even easier win, -a bunch of the best games ever made combined
-the x360 might come in as a real close 2nd, but PS2 still keeps the crown handsdown imo

(^only because PC is for some weird reason is not allowed

Gamecube, it probably has my favorite console library. And the console itself is dope, the controller and everything is just the best.

The one and only P o l y s t a t i o n, with the mighty 99999 games in 1 whereas 99990 are just copies of the first 9 games with different color palette or starting position. Take that, Personal Computer! 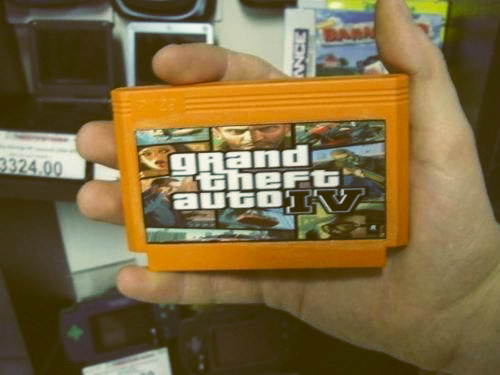 I’m trully sorry that none of you could experience this awesomeness, really sad to be one of you. 99% of parents being bamboozled and disappointing their kids to this day. 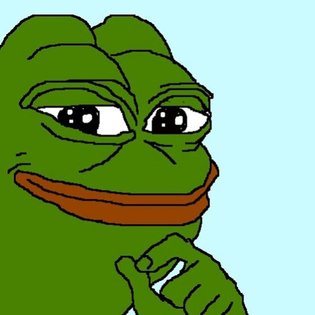 I wouldn’t count PC as a console.

there are still so many ps2 games some of us have never played, and if I was to have the WHOLE library? that’d make me damn happy. metal slug anthology was on PS2 jurassic park the theme park world game was on PS2 FF12 was on PS2. Devil may cry, metal gear, breath of fire, the suffering, robot wars. the PS2 has EVERYTHING.

my second choice would be dreamcast.

third option would have to be a console I’ve never played. maybe a NES or SNES. SEGAs of that era weren’t better.

and my cheating bastard option would be PC, because you can do a lot but only if you know what to do, because I can’t get a ps2 emulator working, I don’t know how to get drivers.

dude I had something like that. it had 4000 iterations of a tom and Jerry game xD

PC isn’t cheating, it’s just the best option. But i’m not sure why you’d pick PS2 since you can play a lot of PS2 games on a PS3 and some of them are also available on PS4 via the store. When you say to include that console’s catalogue, by modern standards that means backward compatibility and online content. You say it’s okay to access the internet for guides so i would argue it’s reasonable to access it for online content as well. I understand the intention of your question but it’s not practical (as if having time to game when trying to survive is practical lol).

The real cheating is that you say it’s okay to access game guides. You’re stuck on an island, you’re not going anywhere so figure it out!

**Edit: Also, PC has its own catalogue of games so it’s unfair to not include it.

The issue with PC as an answer is that it doesn’t have a definitive pool of releases. A console will generally have a finite amount of games in it’s catalogue, whilst in theory you could play any PC game ever released, plus emulators of console games. As a result including the PC breaks the question as the PC library spans of an eternity in comparison to a typical game library.

Whilst backwards compatibility wasn’t something I was including (nor things like custom firmware for the PSP to enable emulation), it’s often limited in a way that I wouldn’t be happy with. Take the Ratchet and Clank games - from what I’ve read they run more smoothly on the PS2 despite looking nicer on the PS3 (although the PS4 remake trumps all). Also Ratchet Gladiator/Deadlocked is supposedly awful on the PS3. There’s no substitute to playing on original hardware.

As far as internet access - you’d be allowed patches and game content, just no multiplayer or intelligent interactions.

i didn’t really consider that, since they fcked (physical disc) backwards compatibility on ps3 eventually…
buy1 ps3 (early), and have no issue with (some/x) ps2 discs. Get it in for repair eventually, just to get a “new” one as replacement, -and no more accepting discs…

(PS, repair guys remarks: “you know you have a little dust inside right?”, -well duh

, fckers will try anything to skirt a warranty lol)

It always bothers me when people claim the “pc mustard rice” as some sort of perfection standard when in reality we are more like a bunch of crawling deformed mutants.

For me it would be the Xbox 360, mostly because it’s my biggest backlog of games and I could put a dent in it stranded on that island…