Happy Birthday to Sigmund Freud everyone!

I am at work now, but once I am done I am going to make myself some suspicious looking pancakes, and eat a banana for lunch!

You’d think your psychoanalysis teachers would be all serious, until it’s Freud’s b-day and everyone joins in on the memes.

Oof. I just moved, and am really missing my Korean neighbors (and their food). I love me some GochuJang.

train be bragging about its new shoes

These look so impractical . My girlfriend bought Asus laptop from UK and ofc it has UK type power plug ( similar to one you are holding ) so we needed to look for an adapter and even then it keeps on falling off the el.socket because nothing fits and holds in place.

Why cant everyone agree on that this just works best? 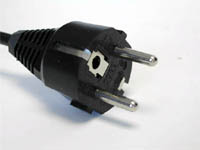 Why cant everyone agree on that this just works best?

agree, my plugs are best, everyone else should stop making silly power outlets

I don’t get it, could someone explain? It looks like it would fit to me.

It will fit, but upside down, so with the cable upwards, which ofc is far from ideal

From my perspective, the outlet could be seen as upside-down. The newer places i’ve lived in turn the outlets opposite of what is shown here.

Problem is it doesn’t work well with surge protectors either.

The weather is looking good here at SWITZERLAND.

Crazy, I know. Long story short is that I guessed one promotion a year would eventually make me Queen of Brazil. Turns out it means I’m working abroad now too.

Working with planes and printing magazines again, for the curious.

Will share pics of those slick planes with all of you as soon as I see them.

Fair I’m working at this time is called EBACE. Look it up if curious. Alright… done with my coffee and French accent CrOiSsAnTs. Going back to smelling ink now.

I’m wondering do you experience any uncomfort due to different climate? It’s obviously a summer in Europe so it’s pretty warm anyway but you being from South America , you know. You guys get it really hot there

Don’t be silly, I can handle it!

For real though, I think you weren’t around December last year, but I went backpacking through Europe during winter (December and January), alone, through six countries incluiding snow-ridden Germany and I was fine.

It’s 15 degrees now and I was sweating while going for lunch – had fish and it was taaaasty.

Dunno if I know which country you’re from, @DontBeSilly.

Going from high temperatures to low is usually easy, you can always just put on a jacket if you’re unhappy with it. I do remember you had greater troubles when it was time to go home though, from European winter to South american summer temperatures.
It’s a lot harder to acclimate ones self when going up 30C over a day.

Dear diary, I’m still at the printer and I almost don’t miss the smell of ink anymore.

Anyways, I’d share more pics with you guys but for now there isn’t much to share. Don’t wanna derrail the thread further but, to answer you, F:

Yes. I almost fainted when I arrived in Brazil. Then again, 1) it was 37°C and 2) I have low blood pressure.

Not sure it is as universal a feeling as you claim. I can only ever speak for myself.

@coralinecastell I’m from Lithuania. And welp , i will sleep calmly now knowning that you can handle all sorts of climates

Chopping through some veggies for my Vegetarian Burritos.

P.S i’m not sure photo is rotated on it’s side… it’s horizontal on my PC :o