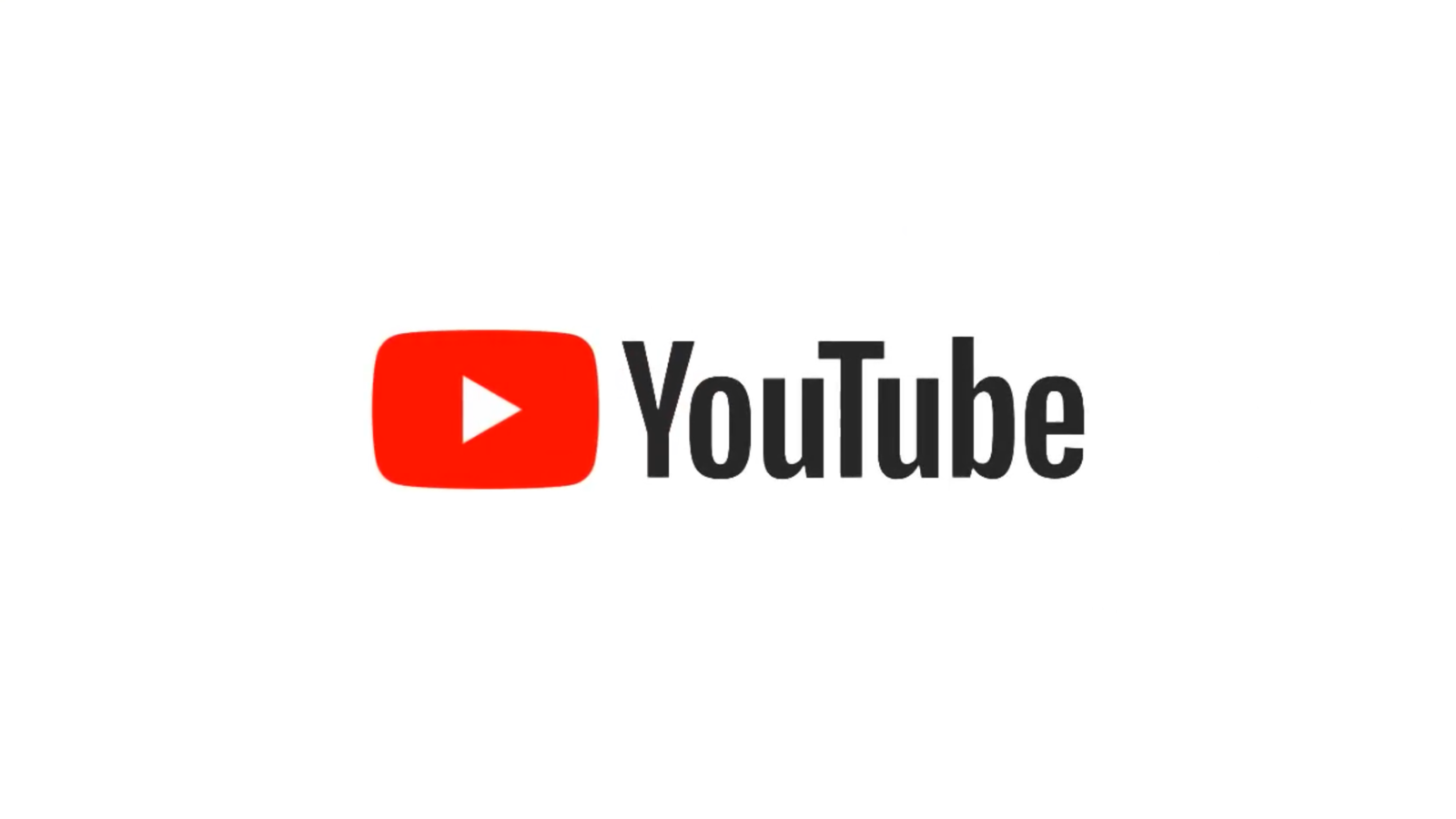 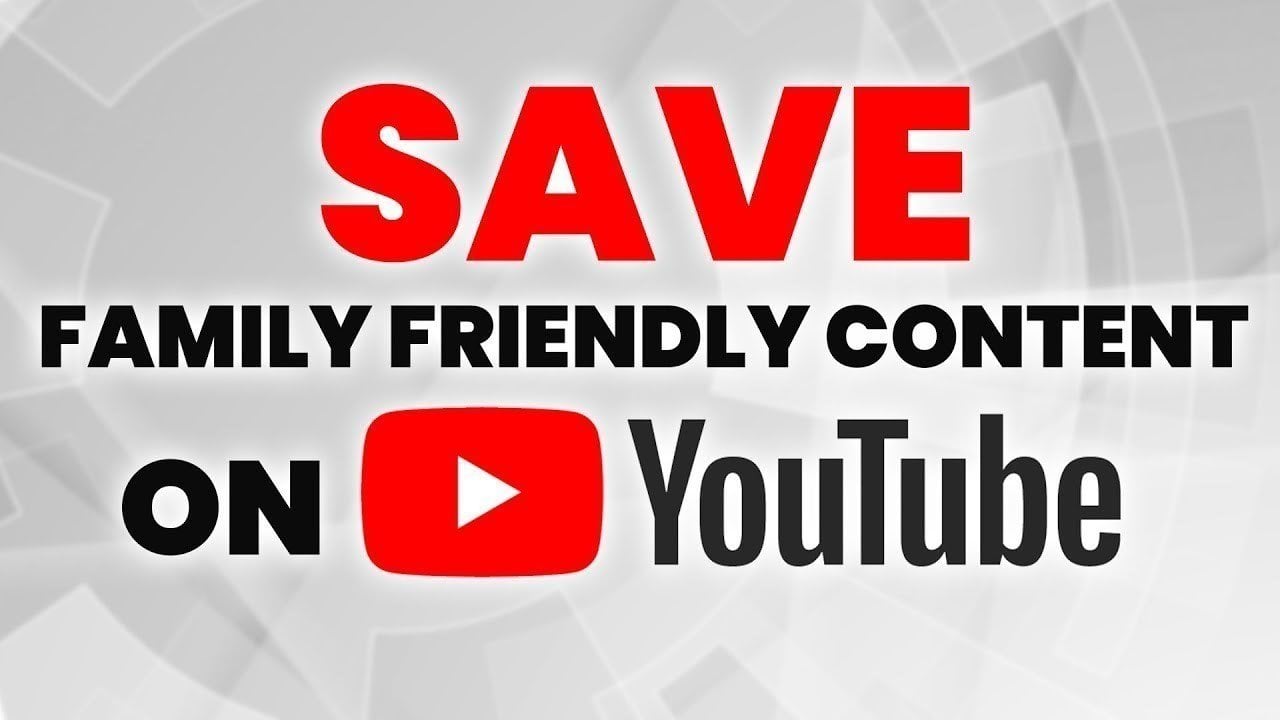 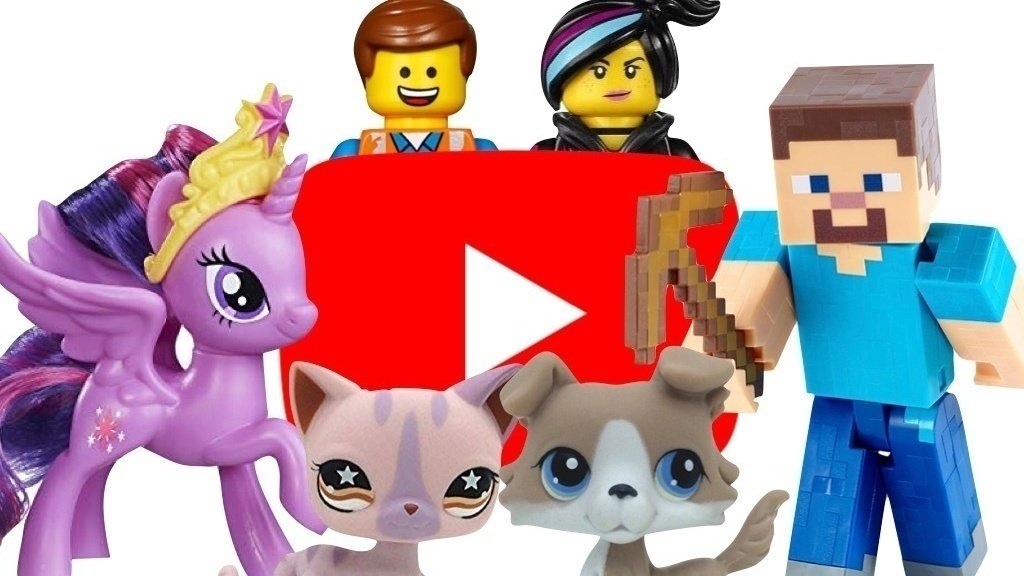 Reconsider the new rules regarding children/family videos on YouTube

Here’s a good video that explains this:

VERY IMPORTANT: If you are writing to the FTC or making comments anywhere about the FTC, please make sure that your respectful, and be clear and concise. I shouldn’t have to say this, but there are individuals who don’t do this and it can be a critical mistake.

Please sign these petitions and write a comment to the FTC to stop COPPA from affecting youtube and it’s content creators. If you use youtube like I do on a constant basis, please sign this petition and other petitions to fight COPPA and the FTC. Feel free to make petitions yourselves and spread the word. If COPPA gets their way, it can destroy and remove tons of content creators which we all love to watch. Potentially even gaming channels which are by far one of the most important to me. If there are other petitions to sign for this, please let me know as well as others. Let’s do this!

EDIT, oh yeah, I can’t wait for someone like SidAlpha (dunno if he makes videos about these things too, but boy do I like his channel) to make a video in this that explains this to those of us who don’t want to read through the whole rulling.

The next 25 posts are from another thread. I moved them because they make more sense here. Hopefully it won’t be too confusing!!!

“this seems like a good day to skip anxiety meds”

(remembers uploaded a video years ago to some random forgotten account)

Ok, how the hell have I not heard a peep about this from anyone before now? This sounds like it’ll just straight up wipe out anyone who does videogame reviews or commentary of any kind. Either you mark it as “for kids” and don’t get monetized or you don’t and get sued for it?

Something this guy failed to discuss though, how will this impact non US content creators? COPPA applies to youtube itself sure, but I don’t think the FTC can go after people outside the US, right?

Either you mark it as “for kids” and don’t get monetized or you don’t and get sued for it?

The worst part is that if you mark it “not for kids” and they decide it’s for kids and switch it manually… without knowing what actually is and without checking that you are swearing like crazy in the middle… you might get in trouble when they actually review it later on if it gets complains or something for strong language. Damn, that’s rough…

I haven’t heard anything about this as well 'till now.

Yes, but since this isn’t “just a new youtube BS rule” but actually outside enforcement happening, the FTC does not hold power over people outside the US. So while maybe youtube might force you into the “for kids” category, at the very least the FTC wont be able to fine you. They might still try but what can they do if you just refuse to pay?

but I don’t think the FTC can go after people outside the US, right?

no clue how it will apply outside the states, but i’m thinking since it’s the land of lawsuits they will probably still try… Or just “make” EU do the same under “Article 66-younglins only” or something, probably, i guess

my question is, what’s a bigger word than “adpocalypse”

, because this sounds worse, like it’s potentially gonna kill of a massive chunk of youtube/creation with all those broad terms and FTC definitions

I am not sure what I should do…

I pretty much always use safe language, but I don’t think the content is really for kids because of the games involved, so I have marked my channel as not for kids.

Fortunately for us, we don’t have a big enough audience and don’t actually use YouTube to generate income.

I am contemplating going in and changing all of my YouTube icons to just a Black background and a plain text of the game’s title.

EDIT:
Well, I just realized I can’t use that graphic… lol… wrong spelling…

What about discord or what is it called…Vemo???

Here’s one guys future gone right down the drain…

" I talk about tough subjects, and sometimes even have to warn our viewers in case they are watching WITH their kids. I’m diligent and consistent that we are a channel ABOUT a family, and not a channel FOR families.

We also give tips and advice for many of the challenges that come with having a medically dependent child. (eg: How to properly clean and change a gastronomy tube (G-tube). We talk about how to build custom furniture to help with alleviating back and neck pain of lifting a large child, soon-to-be adult child. We show how we prepare blended feeds so our daughter can have the best of nutrition even though she can’t eat by mouth. We share how we divide medications to properly comply with her medical routine and not having access to pharmacy or hospital tools at home. These are only a few, minor examples.

I view Youtube as my job. It is an income source for our family that allows me to continue to provide the best care for our daughter even though I’m not able to work full-time outside the home because of her care. That income significantly helps with our household expenses and allows me to create the best content I can. I’ve invested in equipment, ongoing training and conferences to improve the content we provide to viewers. I worry we won’t be able to afford an attorney to defend our content, even though I KNOW we would win.

While I want to protect children, I feel threatened by a statement like, “shooting fish in a barrel”. The FTC commissioner has made it sound like they’re not ONLY going after the bad actors. It sounds more like, “We are here to destroy the platform.”

I think maybe I will go in and flush every single video with this kind of cover image:

I just checked my channel, I have 570 videos… If I can do it efficiently at one per minute, it would still take 10 hours or so…

so I have marked my channel as not for kids.

I think that might not be the safe thing to do, if I understand it correctly if you claim to be “not for kids” the FCC will look at you anyway see that you’re talking about videogames and say you are non-compliant and sue you for it.

Since you do not generate revenue from your videos anyway and mostly just use youtube as a video host for serving your content embedded elsewhere you should probably mark yourself as “for kids” to be safe. Not sure if making your videos unlisted helps either.

Although there’s another thing this video also did not go into. What other regulations are there, are there content limitations on what can be in videos that ARE marked “for kids”?

I suppose one must actually read the new laws and understand them to make that decision.

I think the idea that something is “for kids” is that it’s reasonable for children under 13 to view.

A lot of games feature plenty of violence, bad language, and other mature themes and content. I would be uncomfortable marking anything as “for kids” that might then be interpreted as not actually safe for children.

That’s the problem I guess…


Just about 30 pages of legalese BS to go through.

Regardless of your location, we require you to tell us whether or not your videos are made for kids. We are making these changes according to an agreement with the US Federal Trade Commission (FTC) and to help you comply with the Children’s Online Privacy Protection Act (COPPA) and/or other applicable laws. Failure to set your content appropriately may result in consequences on YouTube or have legal consequences under COPPA and other laws.

We provide some guidance on what is considered “made for kids” below, but we cannot provide legal advice. If you are unsure whether your videos meet this standard, we suggest you seek legal counsel.

According to the FTC’s guidance on COPPA, a video is child directed (which we call “made for kids”) if:

When deciding whether or not your channel or video is made for kids, you should consider various factors, including:

Note: YouTube Analytics (YTA) is not designed to help determine if your content is child directed. You should use the factors outlined by the FTC above to set your audience.

I don’t really have a “channel” I have a youtube account with a handful of Dirt Rally and Nepenthe videos. The latter I never linked publicly but are all colourful, features animation and videogames. I wonder if the FTC will try to sue me for those. Then I have a growing selection of Dirt Rally runs that also remains unlisted but I have linked them here at least. Still videogames and I don’t know if they will consider the audience as “animated characters” or not.

Neither of these were “made for kids” but from what I can tell your intent doesn’t seem to matter.

I might just stop making videos… it was a fun hobby that’s been good for a year and a half, I am okay shutting it down and switching to just playing and reviewing by words and pictures.

Record a running commentary line of obscenities and append it to every single video at the start, say 30 seconds or so?

I think they call that an intro. But seriously, the FTC says they have tools to “police”. Considering how shitty Google’s own algorithms are, how is a Government Tool going to work at correctly flagging them?

how is a Government Tool going to work at correctly flagging them?

Didn’t the US government JUST stop using 8 inch floppies??? Naw, they will do fine /sarcasm

The US military based on the article I posted, yeah.

I have to wonder if you tag every video as “18+” if they’ll still nab you since, on youtube at least, it states that it is intended for mature audiences.

Youtube does give users the ability to hide the channel, which I assume makes all of your videos private or unlisted maybe.

I might end up hiding my channel and depending on how things go, bring it back or delete it later. Again, it’s nice having a regular salary that this doesn’t matter in the long run.

What’s really mind blowing is thinking about a game like Yakuza 0, that I have been recently playing. The game contains a million and one mini games, some of them having plenty of simple potentially kid friendly mini game content, but the game itself is by far children friendly…

I was just giggling to myself thinking about renaming the game Japanese Mafia 0, and subsequently, Japanese Mafia Kiwami, etc… Otherwise those folks at the FTC who look might not get what yakuza meant and look at a video and comment about its kid-friendliness based on a mini game auto Youtube icon…