@Luxen Do you usually wear it on your lower body?

Do you usually wear it on your lower body?

No, you don’t wear it on your lower body at all.

The item that can narrow down the answer to a single category is within this picture.
The mystery word itself, however, is not. 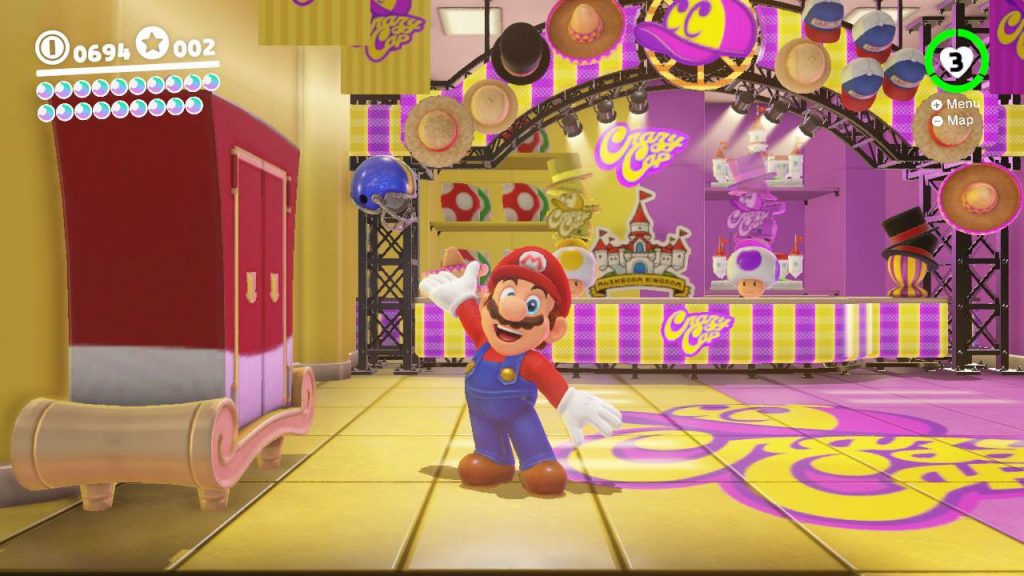 Congrats @NME1 , you’ve correctly guessed the mystery word! I’m a bit surprised that you went straight to the point instead of going for something safe, subtle or a bit too obvious, such as a sunhat or a visor (among other things).

You may choose to become a GM and host the next round or nominate someone else for the position.

Here’s the info necessary to decrypt the mystery word:

Is it suitable to keep as a pet?

It’s not something that can be kept as a pet, seeing as its a piece of clothing.
That would be a very odd thing to do. Even so, there have been people who dated or married inanimate objects, so it wouldn’t be too surprising if someone attempted to do just that.

No, it isn’t an animal, it’s a piece of clothing. You could argue that it’s an animal or some sort of magical creature if you lived in Mario’s world (that’s basically what Cappy is) or some sort of magical device (that shows expressions every now and then) whose purpose/origin you are completely unaware of if you were Amitie from the Puyo Puyo series.

Is it something used in any job?

No, it isn’t used to complete a job. This is self-explanatory. If I had chosen a hat (or headgear/headwear in general) that’s specifically worn for certain jobs, then I may have answered differently as some of those do require you to wear one for safety while you’re working.

Can a person carry it?

Yes, a person can carry it easily. Hats (a beanie in this case) are really light and can be carried/thrown with ease. It would be different if we were talking about something like a knight helmet.

Is it larger than your hand?

Yes, it’s larger than your hand. Both hands can easily fit inside it. Most beanies are big enough to cover your head around all sides, which means that your both your hands will fit inside them and can be taken out with no issue whatsoever.

Is it used for some form of recreational activity?

No, it isn’t used to complete a recreational activity.
It can, however, be worn during some of them, but you can also wear it whenever you like if you wanted to.
That’s what I do. A beanie can be used during a hike or morning job to provide warmth and shade for your head. If the beanie’s big enough you can also keep the back of your neck out of the sun.

Do you usually wear it on your lower body?

Picture: The Super Mario Odyssey image I posted in the round announcement post.

The image itself had a hint: the type of item/category that the mystery word (beanie) belongs to, which is a hat.

Thanks for joining me on yet another round! The game may have felt brief, but I hope that you all had fun regardless. My pecs and quads flex with gratitude. See you all in the next round!

@Luxen
Nice word!! Thanks for hosting this round!
Beanies are just more common in my mind than a sunhat or visor. I just went for it!

The idea of keeping a beanie as a pet has made me chuckle therefore I nominate @Danacscott to be next GM or to nominate someone else.

@NME1 Thanks for the nomination! If our fearless host agrees, I’d be happy to do it.

That was indeed a surprisingly swift finish. Congrats, @NME1!

Interesting how the answer to “Is it used for some form of recreational activity?” brought different connotations to everyone’s minds. For me it’s mostly winter sports/activities. That’s only in the hindsight though, I was nowhere near a beanie before NME1 guessed it.

@Luxen, there’s just one thing left for you to do: running the inquirers’ raffle for this round.
And winning it, probably;D

Ah, so the GM’s the one who does the Inquiry Raffle! Thanks for letting me know @SeekerSupreme

PS. FacuBlues’ bet was pretty close (7), but since it took 8 questions (pictures count as one, according to the OP) it looks like nobody won the bet.

And @NME1 wins the Inquiry Raffle!
Please send your pick to @SeekerSupreme whenever you’re ready~

New Round with a

Please tag me with questions, photos or guesses, as I’m an easily distracted critter. I wander off on other tabs or towards my cats. ^^

@Danacscott
I can’t help it but I need to know if…
Q: Can a person carry it?

Yes, most can be carried pretty easily. There are smaller versions of it that fit in just one hand.

Can they fit in just one hand?

Can they fit in just one hand?