Anyone find any good deals?

Slay the Spire is very tempting at 20% off. Not a great discount, but the game looks awesome.

I’m also tempted to buy Battle Chef Brigade, even though it’s only a measly 10% discount. It hasn’t been discounted before (not even preorder or launch) and I’ve had this game on my wishlist for years. Any chance Humble will have another Adult Swim bundle in the near future?

On a different note, anyone else hate the new Steam wishlist? Each game takes up 3x the amount of screen real estate and I can’t seem to reorganize my list by dragging the little hamburger menu thingy on the side.

On a different note, anyone else hate the new Steam wishlist? Each game takes up 3x the amount of screen real estate and I can’t seem to reorganize my list by dragging the little hamburger menu thingy on the side.

sure, lets not work or try to fix some of the other or larger issues with steam, client etc. No lets waste time messing with wishlists! Valve and their priorities

on topic at hand, i haven’t checked discounts yet
i’ll probably get around to checking steamdb tomorrow, it probably needs time to update anyway

I’m also tempted to buy Battle Chef Brigade, even though it’s only a measly 10% discount. It hasn’t been discounted before (not even preorder or launch) and I’ve had this game on my wishlist for years.

I also have been eying this one. I just caved and bought it. I’m sure I’ll get to it in a few years.

My wishlist seems to have remained in tact. Did you check to make sure you have it sorted by “your ranked order?” Are you able to drag and drop to rearrange items, because I can’t?

I’ll go for almost all the Divinity besides Original Sin 2 because it’s still too expensive for now but the others are at -90% and -66%, that’s nice.

yea it’s utterly scrambled
-to the point it’s not even the same each time i load it, despite clicking on ranked order (it actually shifts whatever current ranked order it “preassign-messed up” to too so each time clicking ranked order it’s different lol)
200+games in need of reorder, fckn vavle…
but no, can’t apparently even shift/move them up/down atm, but i’m not really willing to spend more than a few secs checking out this hot mess right now
this might just be the first step in a whole new line of site changes -that’s probably gonna go well if that’s the case

Nothing really in particular I would buy from this

About the new wishlist … I barely look at it anyway since I started using Steam DB and IsThereAnyDeal, but it looks horrible and the filter is going behind the god knows why “top” game Devil may cry 4

I tried to move some stuff around and dragging doesn’t work … you just go on titles and you click top and that does what it does. The only way I see how I can arrange this mess is by Starting from the least desired game in ascending order, which is hilarious to say the least and I never cared about the order of it anyway.

and you click top and that does what it does. The only way I see how I can arrange this mess is by Starting from the least desired game in ascending order,

just discovered when “accidentally” hitting top (to see if any rearranging works) that now it’s saved my list, permanently.

, so that the test titles hit top on are now always on top when hitting “ranked order” and the remaining mess is now locked in their messed position…
(and ofc no actual numbering to discern ones made rank by)
fcn vavle as always

, 14 years and still no client zoom/font option, -but this sht was a priority apparently

Each sale reminds me of the winter sales T_T can’t we have another winter sale already??? like… it’s going t be winter in the southern sphere of earth ( spoiler… I live in the northern sphere )… STILL … IT BURNS

The wishlist being so stretched out just makes me want to delete items from it =_= Most of the added information is useless, and with the UI in Swedish, there’s overlapping text and sometimes the prices fall out of their box, it’s just a damn mess.

Some highlights I didn’t see on the front page:

The new wishlist is in sore need of a “Compact” mode with just icons (the ones your library already uses!). Beyond that, they completely broke it. Like every update, it’ll need some hours to settle.

Been keeping my eye on this one for a while, now I’ve got it! It reminds me of old school text based games I used to play online, so I am really looking forward to it! for $0.79, I didn’t really have to think…

So much wasted space on that new wishlist…

That’s just a start; I like the new information, but it’s way too large. I decided to make a quick edit of what I would ideally like to see, then I realized I had to actually flip my monitor to portrait mode for an even halfway decent screenshot. That’s absolutely terrible.

Just moving the info a bit and scaling the picture, you can already see the difference from old (MG Survive, Darksiders) and mildly improved (ELEX, Biomutant). That’s not even getting into what a compact mode could do, scrapping the game logo for a simple icon and dropping the tags, basically trimming it down to Rank / Game / Name / Platform / Price.

Have already given up on sorting my list, guess i’ll just have to scroll through the whole thing whenever i see a deal.

(80 games on mine)
Why not just give us a ten by ten (fx) grid, with box’s, icons and text that you can chose whether or not to enlarge that specific game on your list. Just an idea.

Breakthrough on the steam wishlist thanks to @Animosity !

You can freely move around games when you just go there from your web browser … steam program is still not allowing me do this.

unfortunately Steam/Valve don’t do ideas. They just go to the bathroom after lunch, crap one out and flush, -then they “read the leaves in the bowl” and roll with that…

You can freely move around games when you just go there from your web browser … steam program is still not allowing me do this.

you can also type in the rank number now, and it will auto switch place to that rank

(and all others in between go “1 up” -making it entirely useless to do more than a few times)
ie if you have a game on 5th place, that you think belongs in 10th, you can click the nr, type in 10 and it will move down to its proper place,
-while all the others in between then get bumped up to fill the gap,

real neat when you have hundreds of games to sort through

srsly… how could they not even get that right… SWAP THEIR PLACES STRAIGHT UP steam, ya jackasses

If you guys don’t like the new wishlists just wait for the new steam ui. 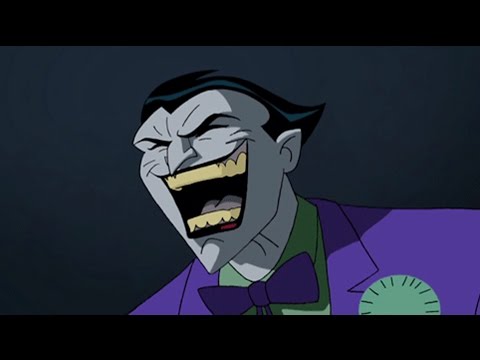 i’ve dreaded it ever since Steam went “blue” etc.

i wonder how much mobile design is gonna infect whatever is coming -despite people using the client!