Steam Hackers are on it again - BEWARE!

Yesterday I got messaged by a person not in my list and because steam chat blocks such messages before you allow them - the only thing I managed to see is “vote for ‘whatever’ of mine here 'cuz of reasons” via steam notifications by a big boobed avatar. ;]

I was like … welp that’s a first one and it was bound to happen eventually, but today a lot of groups I participate in are addressing those “issues”. It seems the hackers are using hacked accounts to post fake gambling site links and what not which aren’t secured (not official steam login) and they can even steal your mobile phone authenticator details and data.

It’s better to avoid all kinds of links posted in steam groups or via PMs from people you don’t know for the time being (like clicking on random link was ever a good idea in the first place…).

via steam notifications by a big boobed avatar

so you fell for it?

Yeah, it’s an annoying thing that’s going on. So thanks for letting people know.
I got 3 of these messages in the last 2 hours while i was watching a movie.

I’m not sure if it would have helped but you can block the new chat features by launching Steam as Steam.exe -nochatui -nofriendsui. You can do this easily by adding the two launch parameters after the exe in an existing shortcut to Steam.

I’ve been running it that way since the official release because it ended up completely breaking my installation and I ended up having to reset the client manually by deleting most of the files (which was probably the actual fix). You’ll be unable to access any new options this way, though. The only one that I’ve found so far is microphone options because I can no longer find it in Settings. I believe it was moved into the new chat panel.

Maybe that’s why my friends are suddenly asking me to join strange groups, though I hope they weren’t hacked.

Just got a random friend invite from Steam Community :: 5940owvdbh.

NO!?.. wait, that wasn’t for mejust kidding of course

I wouldn’t blame you

for me i never click on links in steam

Just to alert people to be on the lookout, and of course, to ignore/mark spam the emails.

lol the way it’s written, like they don’t even try, semi casually phishing for accounts lmao

They are doing it to catch the stupid people unfortunately. Anyone smart enough to notice something is wrong is going to easily know it’s a scam. They want the people that are easily fooled.

That looks so fake lol, where are the capital letters yikes
I’m sure some people do click on it

Indeed, that’s why I wanted to bring it to people’s attention, because some people will probably carelessly click on it.

They want the people that are easily fooled.

i’m so mo**fn tired of online scam bs, and nothing is ever done about it. It’s too easy to set up and too easy to get away with, it’s beyond pathetic and ridiculous, compared to potential dmg various scams can cause.

Whatever happened to the good ol’ guillotine ??

0 mercy for these kinds of scumbags

This is probably going to be fairly unpopular opinion but if someone is daft enough to fall for something like this i cant feel too sorry for them.

This is so low effort.

Whatever happened to the good ol’ guillotine ??

0 mercy for these kinds of scumbags 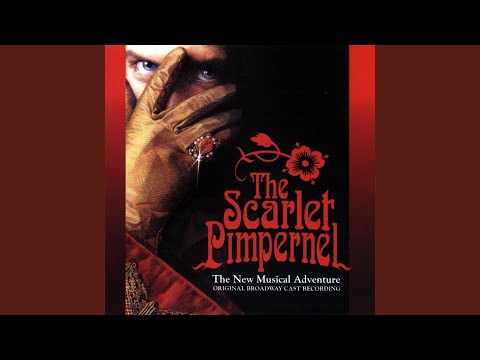 This is so low effort.

It really is very low effort, but I think they are preying on the individuals who are perhaps not very digital-age savvy but still use Steam to play a few games of choice. I know quite a decent number of people who have no computers and/or no email. It makes sense that they would be the ones to fall for something like this.

the main problem with these low effort scams is the ones they catch are usually people either not very proficient in english, or are very uncomfortable with tech/digital stuff to where even low effort scams seems credible in their eyes, more so when it’s "support"staff addressing you
i know several people that have been prey and fallen victim to other scams, to what would easily seem silly to just about “anyone”. But there is a reason these scams are so prolific and that’s because they work, because there are always someone on the entry user lvl be it language or computer skills that doubt themselves enough to believe the fake “warnings” they are being served. Fear is a very powerful tool to make you do things out of character and/or “panic click”

Yup, personal experience for me. Well, it was HR dept at my workplace that fell victim, and my paycheck got diverted. I ended up finding out after not getting my paycheck 2 days after when it should normally be there–I chalked it up to holiday season business flow at the time. Ended up someone impersonated me using a scam email account and basically got away with it. I saw the email thread between this other “me” and the HR person and I had to point to them that the email address (even though it had my name attached to it) actually read something like, literally “Per.Son AT Place DOT com.”

I hope those HR people got sacked. How would you possibly go ahead and divert someone’s paycheck without actually checking and verifying this with them in person, on the phone and at least requiring a signed form with new payment information?