Hello boys and gals, just a small heads up, in case your missing some games off of your steam library…
As of yesterday, zonitron productions, and several of their sock puppet dev accounts were banned from the steam storefront… Those guys brought us gems like sleengster I, II, point connect 1 2 3 AND 4 etc etc etc etc

Those excellent products will remain in your steam client’s library, but stats / cheevos / marketable items are beeing disabled.

But if the titles stay in your library then your game count wouldn’t decrease would it?

Number of games displayed on your profile will decrease…

Edit: It also takes away any xp you got from those games towards game count badges.

hmn… weird, my profile game count is higher than my steam library count. Guess it might be a few F2P titles that I do not have installed are still counted as owned but not sitting in my library?

Number of games displayed on your profile will decrease…

no, got nothing todo with it, you own a game, it counts, only games perma removed from library, not store, will reduce you counts (to this date steam has only removed very very few games directly from library, think like 2-3, and i could only find the article for 1)

Edit: It also takes away any xp you got from those games towards game count badges

no, just like owning the title still counts towards your game collector total badge+including xp. You can also still get cards, get boosters and continue to craft badges, which will give xp to,

Those excellent products will remain in your steam client’s library, but stats / cheevos

not if you already have them, they will count forever (i still have 100% completion in They Came from space, and no profile stat reduction)

true, but also logically, since they apparently have to share a % with the owner/dev, so cant sell anymore, but still trade everything tho

Only game I own that I know has been removed from steam is Nekro. It seems to still be listed in my profile list and library. That was removed by the developer themselves rather than banned so I don’t know if that matters.

From yesterday’s API ban it was all zonitron stuff only…
The guys who packed like 10 goocoobulets-whatever games into 1 package, so they could get the max number of people to farm cards for them, did the shady herbologist kickstarter etc etc etc

Only saying I think you’re wrong and @Gnuffi seems to agree and have more specific examples to prove it with.

the reason some peoples profile count have been mildly reduced recently (before zonitron got removed btw), had nothing to do with removed games, but redefining/updating certain products and how they counted in your total stats(think movies, bundles, packs+packages, dlc, freebies and such)

removing an item from store, doesn’t remove it from your profile, only if it’s removed from your account, which, again, happens extremely rarely

I could be mistaken, but valve did start to remove actual xp from one’s account, at least they did back in the digihom debacle…

Small test: try and find any zonitron game you own, on your steam’s games tab in the browser… I can’t, and i own a few.

i own 4 zonitron games, lost 0 stats, 0 on game count, 0 in xp count, 0 in cheevo count
i own atleast 1 digi hom game, and lost again, 0 when those guys disappeared
same with the few other removed games i own, never happened
i own none of the few games that got forcibly removed from library tho, so i have 0 experience on that, but would assume those stats got removed ofc

again, steam recently did an update/redefining thingy ( i know coz i contacted support when i “lost” a game or two from count a couple of weeks back), so whatever people are noticing now is most likely from back then, as again, i have never lost any profile stats due to games removed from store only 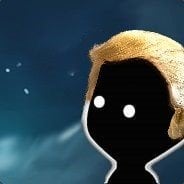 Search around, you’ll see the assumption became standart procedure when a fishy dev gets the boot from the steam storefront…

I know my count went down, probably because of garbage companies like this. I was at 1200+ now I’m on 1197.
Nothing of value was lost I guess.

again, i lost nothing,
a game mentioned in that thread for instance is ruse, i own that, it’s still counted,
i haven’t 100% it, i still have access to achievements and they are clearly counted along my total on profile
it’s just not how it’s done in most cases
and the most obvious example i can mention would be my 4 zonitron games
i lost nothing
i will happily eat my words if i happen to lose 4 games count tomorrow or my 100% rate goes down a game, but since people are clamoring about it now, and it didn’t happen to me, all i can surmise is they are wrong and they are just noticing the effects of previous update (i lost a count from a free movie for instance, that got added to total when shouldn’t count)

Their games were all junk anyway and I only kept them in my Steam Library in the hope that I’d get booster packs for easy badges. Assuming that’s no longer the case now they’re gone from the store (?) I may as well delete them…I’ve wanted Goo Cubelets gone for an age…and don’t even let me think about the Zatwor “games”…

ps, to clarify the/my game count = 0 xp reduction
that’s the game count+xp from 3 days ago, which was before zonitron got booted
and in case you think they might have instituted the api change slowly prior and people only noticed zonitron got booted yesterday
I keep a manual list of my games purchases, and games count, exactly because of this, and it matched up still way way prior to this incident
so at least 4 games of mine got “removed”, yet i lost nothing… seems kinda strange if i should be the only one
i will update if it happens to be my count+xp gets reduced in the coming days, just seems weird if it happened to people already why mine should be delayed (and i have restarted my steam client too)

Interestingly If you search your library via your browser and the Steam web pages none of the games will show up. However, load up the actual client and do the same and they’re all there…that accounts for the difference in total between the two’s game counts.

not the counts i’m talking about
the library count and games owned/badge count is because the games owned is in relation to products purchases/activated, and your games library will not display an individual increase per purchase only per separate entry (like gold packs for instance), so you can have purchased something that will count as a multiple products but only give you 1 library entry, it’s quite normal, tho there aren’t all that many products that function this way
the reverse is also true, a single product purchase/badge count can add multiple entries in library, like call of duty or battlefield for sp+mp launcher, etc with others

This item can no longer be bought or sold on the Community Market because Valve no longer has a business relationship with the developer.

Which means if you have, for instance, the Goo Cubelets games for cards rather than the “fun” of the game, there’s now absolutely zero incentive to keep it in your library. The Sentinels of the Store is a group centred on bringing to light developers that game the Steam system for personal gain as well as partaking in anti-consumer practices and blatantly misrepresenting themselves and their games on the Steam store....