how r u going to buy a free-to-play game though?

I will probably buy it

but there’s no need for that, lol, I spent 73 hrs in that game and never spent a dime.

For some reason I thought it was $20. Must be thinking of Titanfall 2 or something.

That being said, in most store fronts, a free game is still technically a purchase. Because legalese.

I will get it if it comes to steam.

I never said it was necessary, you where just asking how one should go about buying a free to play game, as in giving money to the devs for the game :q

understood, but I’d still argue that that doesn’t amount to buying the game regardless.

Otherwise, what’s the point of buying it on steam if origin is just going to launch it anyway?

People seem to forget that steam provides some additional features, more than “just launching a game through client”
granted those features might not all be equally important to everyone, but it could still be considered “something” to stick with their unified steam library over splitting multiple accounts, regardless of Galaxy 2.0

Just 1 that could be a bid deal to some, which i think @M00 mentioned

IT’S ON FRIKKIN STEAM SO I CAN FRIKKIN BUY IT!!!

not every platform supports payments from XY location apparently, Steam has for years had options that made that possible even in such locations, be it steam wallet funds straight up or market transactions (way to go moomoo

then there are the lazy like me, that enjoys the simple “no frills steam functionality”, just working by being integrated from the start, like steam community features, cheevos, overlay etc, and ofc launching. I find it heckuva more simple to just click 1 icon in my steam library and it installs, launches extern client, plays and uninstalls all from the same place/function. Sometimes people might take for granted the little things steam depots provides with a click

and because one might be slightly spiteful, “stickin it to the man” by taking xx% off their cut, and giving it to Valve, could be something to do with a little juvenile smile, -for some

Steam has for years had options that made that possible even in such locations, be it steam wallet funds straight up or market transactions

Credit where it’s due, the only reason I can buy games on steam is that they accept cash payments trough a chain store called OXXO, is like 7eleven, and there’s one in almost every suburb, seriously, they’re practical landmarks nowadays

I don’t know man… cow, I’ve seen some hefty numbers here and there it may as well be

granted those features might not all be equally important to everyone

or function properly for everyone, rarely improve upon said features, and they can and do remove features you love and use at anytime. Sorry had to do a little Steam bashing

But I will say adding the Remote play together feature was amazing, even though it needs more work and doesn’t fully work correctly yet, but mostly functions pretty well. Oh and so far do love the new Steam UI and changes although it crashes quite often now so still work to be done there as well.

Only thing worse would be Epic + Bethesda .

Yeah I load up on Steam Wallet funds through 7-11 as well. Until these other new players, including Microsoft, does this then they’ll never get my support.

7 posts were merged into an existing topic: Valve News - Software, Hardware, Linux & beyond…

I’m honestly confused. While EA gets access to a much larger market, I was under the impression they wanted to do what Epic is doing, which is cannibalize the market and (back then) provide dangling carrots to lure you in (which I admit On The House is a GOOD idea, much like EGS’ free games). Although it should be noted that Origin didn’t actually cannibalize the market since it’s mostly first-party titles. But… Is this their way of saying, “Ok EGS is a bit of a threat, but what if we can convince VALVe to let us in on their market share? It’ll make us look good and we get more customers!”

That… Doesn’t make sense to me actually. I don’t know what their business decision is behind this. I can’t picture EA as one who wants heavy competition, although I will note that they’ve never asked a third-party to remove their game already on Steam and go exclusive on Origin. Maybe this is an insurance plan for a sustainable market should Origin fail?

Did I already mention that I’m very confused?

P.S. This is the first time since the end of 2008 I’ve recommended buying $EA.

P.S. This is the first time since the end of 2008 I’ve recommended buying $EA.

Stopping by to say:

I don’t give a rat’s ass about Star Wars but boy oh boy am I excited for you guys! On Steam? And not launching through Origin? That’s super lit is what that is.

I hope the game turns out

Upper Echelon Did a pretty solid video about why EA made the move. 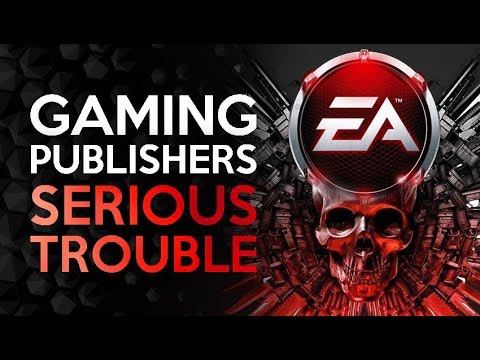 EA better resell a few of their old stuff back on Steam as I have no intention of paying for their stupid subscription EA Access bullcrap. Just sell me Sims Medieval as that’s all I need from them and we’re done talking

On the House had, if I recall, gave away Steamworld Dig and Dead in Bermuda, which weren’t first party as far as I can tell. The former was surprisingly fun; it’s like a Metroidvania that I can actually make it to the end. The latter though didn’t hook me in at first but the screenshots look decent; maybe I’ll finally pay it eventually. Still, it’s funny that many people weren’t too angry about On The House but for EGS’s free games. I guess it’s because EGS was seen as crap from the start but I don’t know, I see them both as the same thing.
Maybe this is going to sound whiny, but it’s a shame On The House ended when it did, as it gave away some great Popcap games (you have no idea how much hours I spent on Bejeweled 3), DOS games like Theme Hospital (fun for the first few levels until it quickly turned) as well as Dead Space and ME2, the latter of which I love. I guess they want to earn all the money or something, that or they ran out of games they are willing to giveaway.
Edit: Oops you did say MOSTLY first party titles. Also edited the beginning.