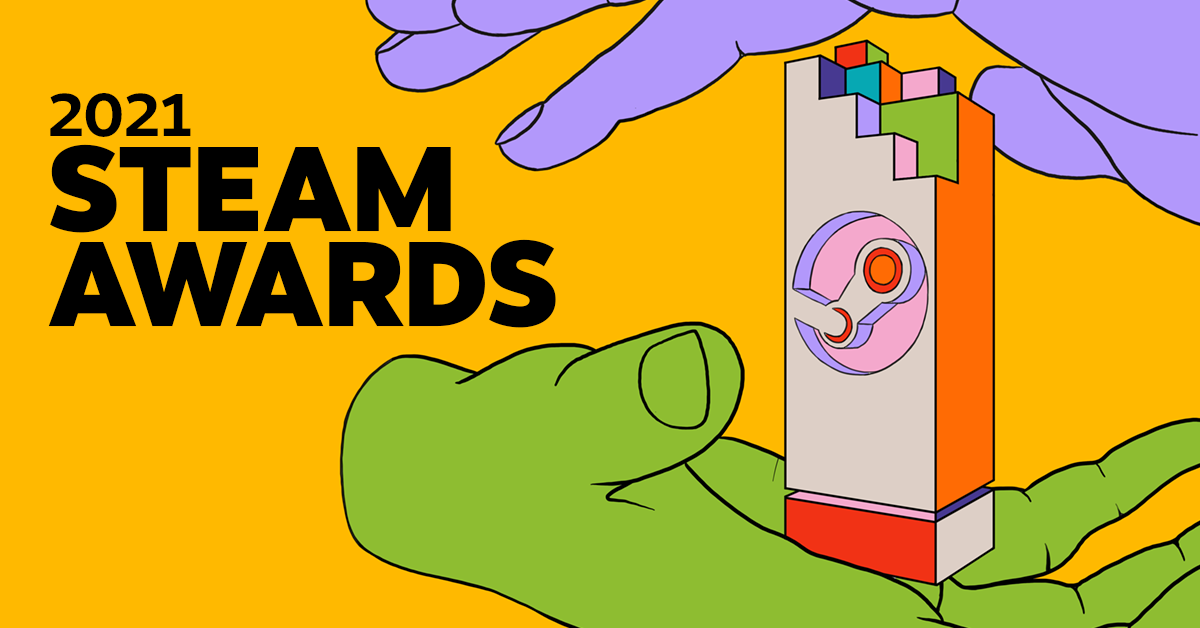 The Steam Community has spoken and we are proud to announce the winners of this year's Steam Awards. Thanks to everyone who participated!

once again i’m disgusted by the “awards”…
and how the frick did CSGO of all things win “labour of love” this time? @_@

and how the frick did CSGO of all things win “labour of love” this time? @_@

they had a big update (operation) which added a lot of stuff just recently (new maps, new skins, new operators, co-op missions etc.); i actually went back into that rabbit hole somehow and am playing again (since 2 days ago)

i dont know how much of the gameplay is innovative or not, but players do change the game world by adding ladders, bridges, and roads which also appear in others’ game world and affect their experience in a pretty big way (I mean that’s one element which can be deemed innovative); maybe there’s other stuff combat- or story-wise that can be regarded innovative, but i honestly wouldn’t know (not yet, but i do hope to play it rather soon than late [you hear me Humble Dumble?])

Well I didn’t have high hopes that Helltaker would get the best soundtrack win over Doom and Persona 4, but they’re certainly worthwhile opposition to lose against. At least Halo didn’t win it.

At least Halo didn’t win it.

There are a few good themes there in the earlier games, but for the most part it’s just your usual sweeping orchestral stuff. It was kind of special back in the early days because it wasn’t entirely common in video games yet, but among sound tracks in general there isn’t much to it.

The best OST was easily Hades. The whole idea was stupid, I got cards for voting on games I never even touched xD

I agree with that, but couldn’t even nominate it for that, i think

most people just click the first best thing without even know the games or having seen a trailer to get those steam trading cards fast i think.

Neither of them were rigged, which doesn’t mean they are terribly meaningful. People just scream rigged whenever such a list disagrees with them

That’s exactly what I mean. Nobody likes from a sore loser.

While I’m sure game awards were not rigged in the general sense of the word, take a look at the outlets and people allowed to vote on the winners and tell me if you can’t spot a trend and some obvious bias being heavily leaned into. Of course there’s a heavy bias in the games “journalism” industry to begin with so if you’re going to seed judges only within those ranks you’re not really going to get results reflective of the general audiences. For all their talk about inclusivity, they’re a pretty like minded and opinion policing group.

No one was surprised by the results, but people still tend to get upset about being told that the things they like are bad by people who consistently demonstrate abysmal incompetence on the subject matter. People are unfortunately not great at expressing themselves to begin with and we’ve all been trained to throw out quick, short “hot takes” so people just yelling “rigged” is entirely an understandable reaction. Thanks twitter.

Are we doing gamergate still? Because this was awful and turned into a mob in like 2 seconds. Gaming journalists aren’t terribly competent, but neither are film or music ones (and my guess is, any other art/popculture journalists), and my recommendation is to not give a damn. Which is why I think the awards don’t matter, but are not rigged (in the sense that people in the jury vote with their own opinions, not due to externalities).

And the biggest group of people who told others they can’t like a thing are TLoU2 haters, judging from the fact that I met one in the wild, but never actually go and read gaming journalism

not due to externalities

ResetEre the forum that spawned from a userbase deemed too toxic for NeoGaf.

Any proof that Resetera controls the awards? Because “their beliefs kinda align” doesn’t count