did i say the “control” them?
the fact that a huge number of said journos & “jurors” “frequent” ResetEra, and RE has little campaigns for/against thing they desire and try to make sure things lign up that way should be an indicator of a biased uniform “opinion” not void of externalities

The “whip” of a bunch of internet nolifes? Scary. All you say points me to a belief that the critics, themselves, without peer pressure, share more left-wing/SJW-y opinions, and actually keep on with them. It means they’re biased, but not rigged

internet nolifes??? you do know resetera is congregated by a portion of the game industry and games media right?
sure that might not be all of them, or even the remote majority, but they are there “for better or worse” in the bandwagon

It still means they are biased, not rigging the vote. A bunch of people made a forum for likeminded people. It’s like, I don’t know, a subreddit dedicated to Republicans or Democrats, that does a poll “which candidate should win” and then someone complains that it’s rigged.

And my entire point is - ignore the gaming journalists you don’t like. Ignore the awards you don’t like. I barely know Resetera exists and I think I’m better off for that. There are no big riggings or conspiracies, just a bunch of people who are biased. There are other places, with biases that most likely align with yours (everyone is biased, it’s not a negative thing inherently) and you can just look at these

I think I’m better off for that.

but like i said, it’s not “just” a forum for like minded people, there is active effort to make sure people tow the line, at least in some parts, and it’s used for… not sure what to call it… wouldn’t say coordinated “attack”, but maybe a “sudden influx of vocally shared “opinions”” - like if a more right leaning/“less woke”/wrongthink games journo/dev isn’t “woke” enough and needs a dogpiling, which can strip you of a job in worst case scenario

next year Pong wins that category

Now I wonder if Cyberpunk 2077 was made by his studio with the same issues CD Projekt had, would it have the same backlash as they’re having now ?

Maybe. Or maybe he would become a Martyr of video game industry and his buggy mess of a game would be praised and get steam award for ‘most innovative gameplay’ lol .

you know that game that is just like, idono a static screen of “watching paint dry” or somethin?

kojima could make the same game, with a turd instead, “decaying”/drying - and people would gobble it up as art and innovative and boundless praise

don’t read these if you want to remain completely blind about the game: 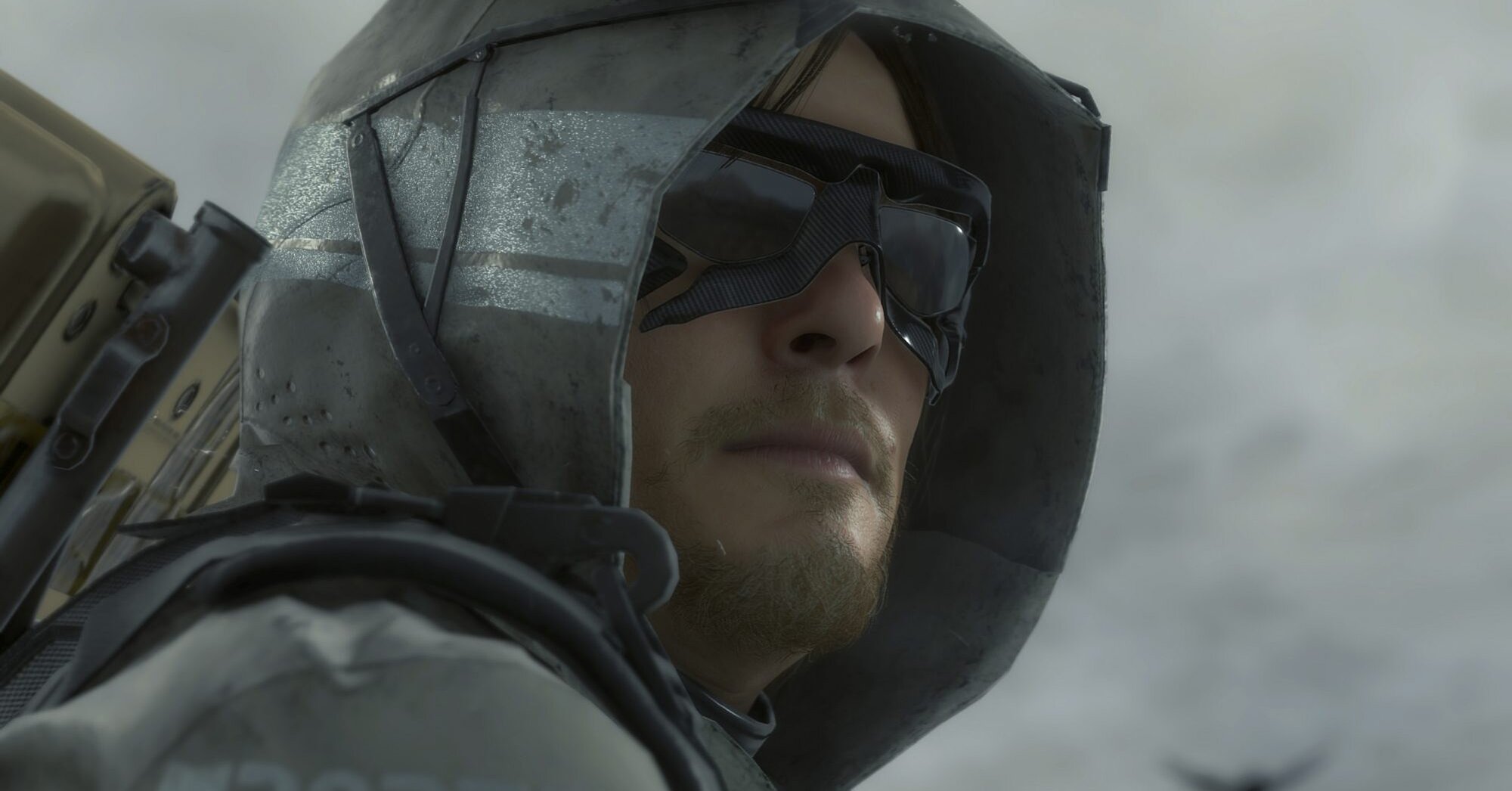 'Death Stranding' is as bizarre as it is innovative: EW review The Video Game Death Stranding is a Perfect Example of Why Innovation Has to be...

If you are not offering something new, you won't have anything new to say.

It does seem ppl think the game is innovative. I haven’t played it and made sure to not spoil anything story-related cuz i hope to play it myself and want to be surprised by it.

Personally, I don’t see anything innovative the 4 other nominees have done that hasn’t been done before. I played through Control (great gameplay, but nothing groundbreaking), have played most of what Teardown has to offer atm (great destruction physics, but that’s not a truly new idea), have seen almost a full playthrough of superliminal (great perspective puzzler, but nothing groundbreaking about that), and have seen more than enough about Noita to see and understand what it is.

In fact, having looked at the 5 nominees, I’d have to argue that based on what I know about it that is innovative, shared world elements among players affecting other players’ worlds

, I think I would argue it would be hard to give this prize to one of the different nominees in the category.

Now, that doesn’t mean there are not other, more deserving games out there. That’s not what I’m saying.

In addition, I do have to say the guy hasn’t made a game that wasn’t great so far afaik, so maybe he doesn’t deserve the sarcasm?

i think the “problem” is that Kojima gets like a lot of “artist cred”, by default, simply by breathing
doesn’t matter if there is not a single element in ex Death Stranding that hasn’t existed before but when he smacks things together it’s automatically "incredublous"
you can try to tell people, that a duct taped banana to a wall isn’t art, but you will just reveal yourself as the peasant philistine with nothing but rudimentary intellectual faculties because the emperors new clothes are truly marvelous

Death stranding tends to remind me of this old image.

I have not played the game myself but I have watched one very thorough play through of it and while I’m not going to say it’s a bad game the only “innovative” thing about it is the balance mechanics. I have never seen a game where you have to keep your character balanced in this kind of manner. However that was not an enjoyable thing to have to deal with.

Among the nominations I would claim that the most usefully innovative game there is Noita as I can not remember any other game that used the complete pixel interaction world concept. There were a fair few flash things some time ago where you could pour, mix and otherwise mess around with a “sandbox” of pixel simulated liquids, solids and gases but never seen that employed in a full game before. So that makes Noita stand out to me as not exactly ground breaking but innovative is a fair description.

However I do believe there might well be other games that would have deserved it more than Noita as well.

Also no death stranding is not great, it has far too many serious flaws in every aspect to ever be seriously considered great. It’s a decent game for a rather niche audience. “…but I had a lot of…” Yes I’m not saying you can’t enjoy the game! A lot of people enjoy terrible art, movies and books and that’s fine, same goes for video games. Just because someone enjoyed a game does not mean it’s a great game, it’s fine to enjoy mediocre shit.

I feel like even Genital Jousting had more innovation than Death Stranding , but yet again i havent played it. It looked super boring from what i’ve seen.

But Kojima has a lot of hype around him so yeah. Making video game about delivery boy becomes art somehow when he touches it.

Making video game about delivery boy becomes art somehow when he touches it.

what amazes me is that he didn’t completely bankrupt his company doing so, considering the costs Konami had, and that’s when there were “reigns” on him @_@

I think it went a little beyond just being a gyro gimmick, actually not sure it uses the gyro at all. From what I could tell/remember you had to use the R/L triggers or one of the shoulder buttons to keep Reedus from tipping from side to side, he’d get more unstable the faster you’d run or the more rough the terrain, it’s a fairly involved system. Something they spent considerable resources and time on that could have maybe been spent on bringing the 3rd person shooting up to a competent level.

well yea true, but “in essence” it’s just a gyro with button support
like, they didn’t “invent” the concept, they just built on it
(to make it overly exaggerated tedious apparently depending on who you ask

)
not saying you have to reinvent the wheel to be innovative, idono, but when i look at it it’s just “alright, so we’re balance beam walking all the time now”