What to play next?
Easy, The Ringed City DLC of course! : )

Bit too pricey for me right now but of course already on the wishlist.

(Probably christmas) Furi it is then!

That one time I’ve played Armello for 20 hours to get my sweet vengeance. 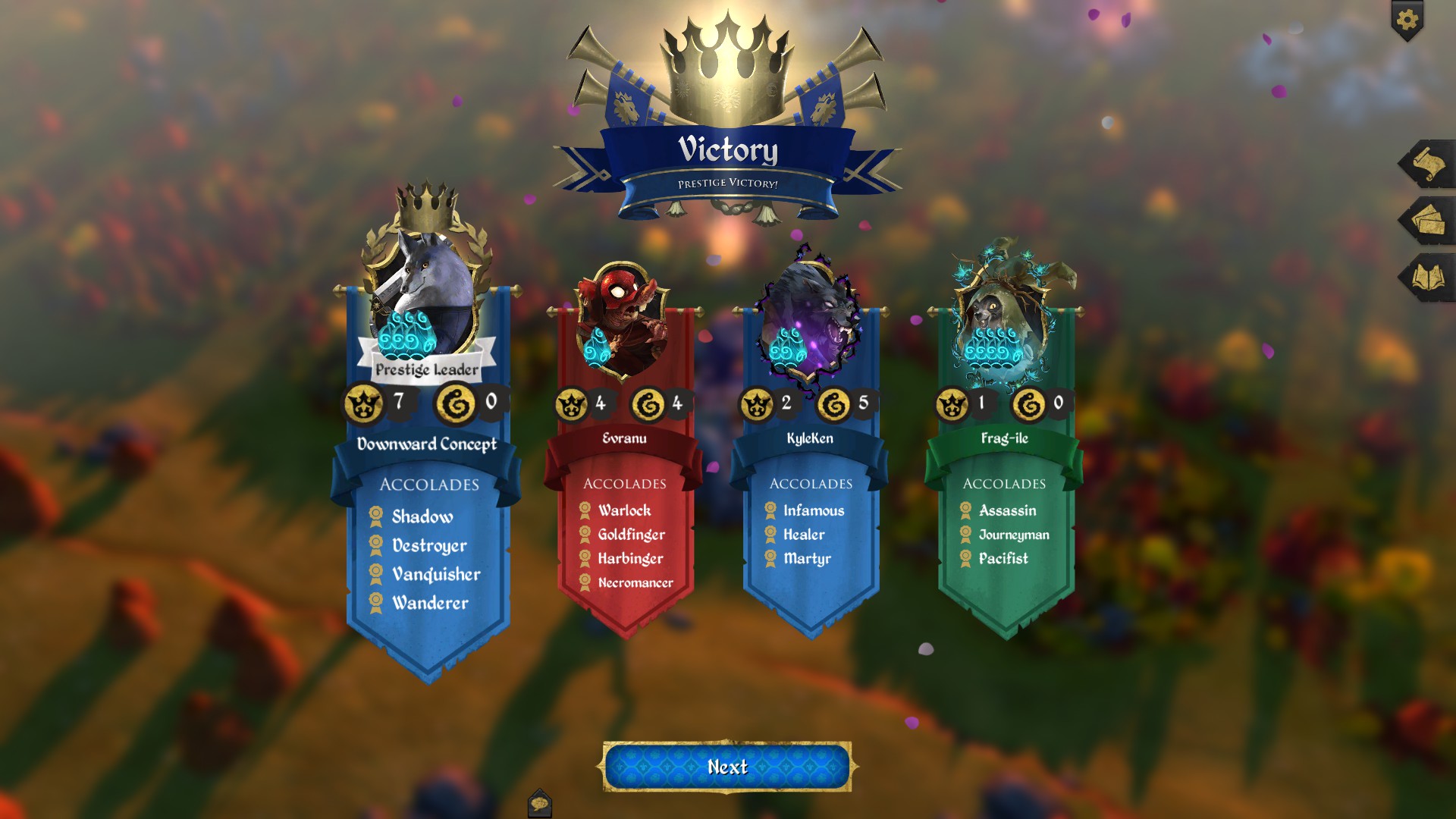 If i had just played it sooner then it would’ve easily taken my spot as Game of the Year. Gameplay is rock solid and incredibly responsive. Soundtrack is bangin’.(favorite is probably “make this right”) Every zone is gorgeous and always has a different atheistic that makes it unique. For what i’ve noticed Furi seems to adhere to the rule of picking three complementary colors for every zone. Issues most people probably has/will get with it is stuff like: the harsh rapidly increasing difficulty spike around the third or forth boss, a run time of 4 maybe 5 hours and complete lack of “events” in between bosses. It’s unapologetically nothing more than a straightforward boss-rush mode.

But that’s why i love it.

If this was just a love letter to radical Japanese hack 'n slash games, from some nobody french developers. Then maybe i should consider picking something Platinum related up, just a thought.

This game is hard, but thank god for mega potions, melding, strength potions and friend Pelicos. Though the disconnects. I tried to complete all of the limited bounties today, but missed one because the server disconnected right when I finished the quest so it didn’t count.

Also met a dude online who had super epic armor and was obliterating everything in his path. He then helped me with a quest I was having difficult with, which was really cool.

I tend to forget to take screenshots unless I am in a Nancy Drew game so I can remember clues and stuff.

So many screenshots, especially of the new Final Fantasy event! Some kindly folk have been teaching me some stuff and playing with me (game is SOOO much more fun with people) and I’ve got to say, I’m a lot better now. I’m not dying constantly, and I know more about melding (crafting etc).

Oh, and some Kingdom Hearts shots finally. We’re getting closer to KH3!

I’m also playing Divinity: Original Sin 2 — Definitive Edition with a friend and its fun. We accidentally start a lot of fights with NPCs.

Empyrion - Galactic Survival was a great purchase, I knew I’d like it, but even more of a surprise was that I actually liked Stellaris. I don’t like these strategy games at all, but this? This is good. xD

(don’t let the graphics dissuade you please, the game is amazing)

And yes…my base in unimpressive. So boxy in that image. lol but I promise, after, it got better. It got taller, and now has some windows.

For Stellaris, I imported an emblem that’s sort of like my avatar. Unfortunately I forgot where I stored my Arma PSD so for now I grabbed a vector of a similar charge and messed around with it. Now my space Empire has a good emblem for when I conquer and smash others, especially pure democracies (muwahaha). A shame that even QoL mods disables achievements for your game though. So damn lame.

I haven’t tried Space Engineers yet, but it is next.

-the game just taunts me at this point

I finally got some time to try Space Engineers, but it had some audio bugs that ended up resulted in a crash some time into the Scenario Tutorial.

This one seems trickier to learn than Empyrion, but I’ll get it.

As for Stellaris, I like it a lot (especially for the alien, exploration and lore stuff), but the further I get, the more I get confused or overwhelmed by things. Such as the economy (I somehow can hit energy cap and be at a negative lol) or how to deal with the overwhelming amount of planets’ issues I get when I conquer systems or when I colonize them. There’s just so much to deal with. How do players ever manage it?

For now, I’ll just pathetically show off that I managed to conquer two other enemies, a xenophobe who kept making fun of me, and another who hated me so much the description said they could go to war with me at any moment. So. I decided to strike first. I prepared the navy and moved out.

And testing Squad on a SSD. I get a bit more stable performance, but the biggest difference is that the 3min loading screens are gone. Now I’m in a game in under 7 seconds! 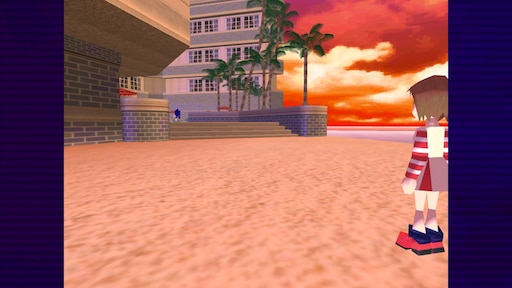 Steam Community :: Screenshot :: Are you sure this isn't GTA Vice City?

Steam Community: Sonic Adventure DX. Are you sure this isn't GTA Vice City? 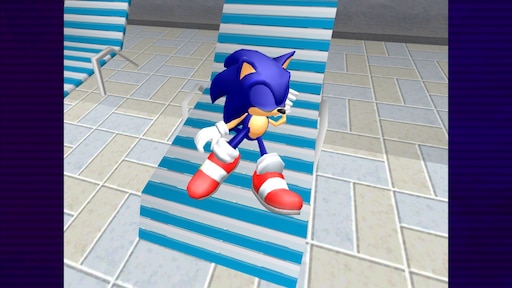 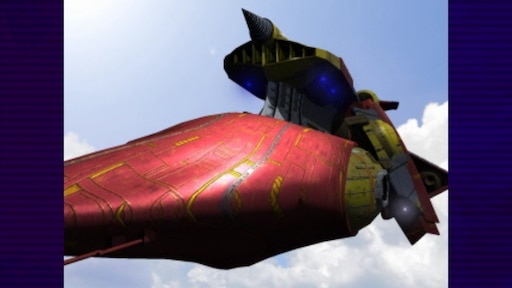 Steam Community :: Screenshot :: Are you sure this isn't Final Fantasy 7?

Steam Community: Sonic Adventure DX. Are you sure this isn't Final Fantasy 7? 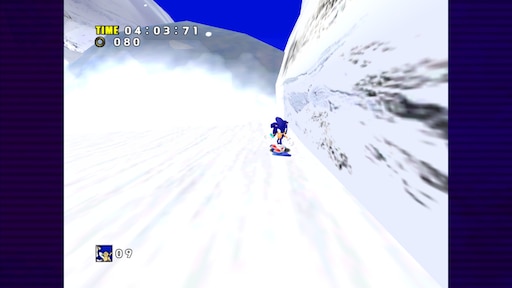 I’m proud of these for some reason.

-the game just taunts me at this point

it’s finally over, and OMG did Godmaster feel dang difficult !

, can’t really say i want to do this again…

I just saw that you did this. I doff my cap to thee…the idea of grinding against all those practice battles to finally string them all together flawlessly doesn’t appeal to me one bit. I applaud your determination and skill, and I find the fact that supposedly 0.6% of players have Embrace the Void as somewhat suspect.

can’t really say i want to do this again…

Don’t be a child… git gudder! Congrats buddy, but there’s still plenty more fun to be had!

Most of the Screenshots I have are interesting things or funny bugs.

2 hilarious Just Cause 3 screenshots that contain glitches, a ghost that can play a guitar and one that ruined my monitor rush

this is what those screenshots look like to me: