How about since when is gaming not banned in school to begin with???

This world is rly going downhill fast. I mean srsly, what type of future generations are we producing though? Isn’t this rly worrying? Kids these days already can’t spell or do calculus or mental arithmetic…

Teens And Teachers Say Fortnite Mobile Is Destroying Some Schools

For months now, teachers everywhere have heard students talk about Fortnite, the world’s latest obsession, nonstop. While the popularity of the game is nothing new, its release on iOS has apparently only made things more intense. Fortnite is now...

good one, but srsly, they legit CAN’T even when they try to.

Riddle me this - is it the teachers fault, the parents fault or just down to terrible IT support? First thing I’d do would be to block access…I’d always been tempted to but a mobile dead zone generator…perhaps schools should consider this an option?

Sounds like kotaku is just trying to kick up nontroversies as usual. Oh no people are playing good games how horrible, they’re DESTROYING SCHOOLS with this RUTHLESS game!

I see no reason why teachers or game jurnos should be bothering about what school kids play on their cellphones. No one should be very surprised if the school wifi don’t let you play games on it though.

k that’s one thing, but it’s not because of Fortnite that many (not all, not generalizing) of these kids seem to have received Third World education, and this is a global phenomenon really (again, not always and not everywhere and not for everyone), but it sure seems, from the echoes we’re getting, like it’s going to get even worse.

I actually was a teacher in international schools for four years, and I’ve seen this first-hand.

Also, how often don’t i see some kid in Twitch chat telling Ninja (and I rly don’t watch Ninja much at all, don’t rly like it, i just “channel surf” on twitch when i’m bored sometimes) that their teacher tells Ninja to stop hampering their attempts at teaching, lol

Doesn’t sound like Ninja’s fault.
Teachers need to grow some spines and regain control over their classroom if their students are spending class time watching twitch on mobile devices instead. That’s an entirely separate problem that really needs sorting. Complaining about Fortnite isn’t going to do anything.

Have you seen the film Idiocracy? It certainly seems to be a grim snapshot of a possible future…

I’m uncertain how widely the UK’s social care system is known around the world, but certainly here we have some problems with poorer families having children when they’re barely adults themselves just to get benefits and housing. It then becomes a vicious cycle…poorer, less educated people replicate…and boom we have a new underclass.

Certainly teachers have a harder time these days as children respect authority less and governments demand more tick boxes which detracts from actual teacher/pupil interaction. I’m not a parent, but I definitely feel that parental input and discipline has a large role to play.

Although as Fraggles says, it’s a bit hyperbolic…we had the same issues with Pokemon Go.

haha I have them on twitter, you name me somewhere else I can get gaming news and I’ll follow them instead, as for my thoughts on this, I’m with Xist almost entirely, England is a bit of a mess, and they DEFINITELY shouldn’t have even let fortnite through the schools system, in my high school we had NOTHING get through the barriers, we had to use proxies to talk to each other in a chat room, roblox was blocked, and even minecraft.yom was blocked, facebook was blocked, newgrounds was definitely blocked, so why were they even able to get there? probably because the students protested they were “denying their rights” by blocking them off facebook. xD but hey at least it’s being sorted now, god imagine If I could have played games in school, I’d never learn anything, the only game we could play was a french learning game called “red herring” 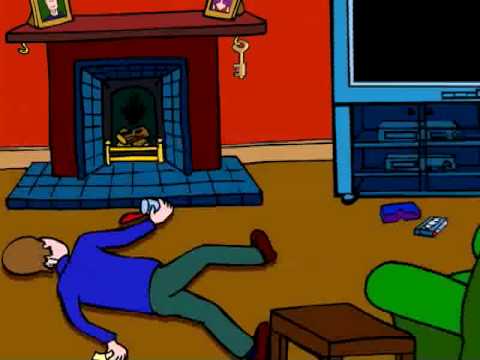 I don’t know anything about Kotaku honestly, i get my gaming news from gamespot and this forum, lol, and they had the link to Kotaku

I just remember someone in the discord maybe saying they were pretty one sided, but aren’t most news dispensaries? haha

I like this forum, good reliable gaming news xD

Overlooking the main issue. Why do kids have phones?

Security reasons mainly, the world is a pretty dangerous place. I think it makes sense that they have phones, but they should be switched off during class; that’s what i think.

As a teacher here’s my two cents: students should have phones switched off during class (I don’t think I have ever been in a classroom where the teacher allowed cell phone use during class), just like college students should be paying attention to the lecture…
The issue is that enforcement can be tricky… and often kids (or college students) get sneakier… or more creative.

It is like prisioners, technically they can’t have stuff (weapons, drugs, alcohol) but ‘what the heart wants’. http://www.cracked.com/quick-fixes/9-regular-objects-turned-into-insane-prison-weapons/

I do not think the article covered another underlying problem, kids are playing the game late into the night regardless of the risk of sleep deprivation. Students with the lack of enough sleep will suffer from symptoms ranging form sluggishness, tiredness & irritability to aching muscles, confusion, memory lapse or loss, depression, headaches even temper tantrums or violent behaviour, stress and hand tremors.
All of these symptoms result in a lack of focus or concentration at school. Couple this with addictive nature of the game itself, it is no surprise that schools have noticed the effects and assessed the risks involved and taken the measures necessary to restrict playing or watching the game during school time.
What the schools should also be doing is providing parents with clear instruction on how to enforce “internet time” to the relevant devices the kids are using to play. Furthermore, as most kids are more savvy with computers and networking than their older generation, parents should be offered help with countermeasures needed to keep control of the restrictions that their kids will obviously try to undermine.
I am speaking somewhat from experience as a parent whose two sons became obsessed with League of Legends during their teenage years. At the time I didn’t know how to prevent them playing as late as they did as both my wife and I would be going to bed around the same time as our sons as we had 8am jobs to go to ourselves, yet we knew they were skulking back downstairs to play on the house computer once they knew we were asleep. I didn’t have a clue how to setup parental controls, portforward our router and restrict the internet 12 years ago, yet I know for a fact my eldest son was gifted in regards to undoing anything I tried and became irrational, violent and depressed if internet privalledge restrictions could not be bypassed.
I am amazed that this issue has not received the attention it deserves sooner than the “Fortnite” phenomenon and is blinkered into thinking the problem only resides with kids playing/watching Fortnite in school, afterall sleep deprivation is well enough documented to cause detrimental effects on a persons physical and mental wellness.

Well, it all comes down to this mate: my kids get 30 min “computer time” each during week days and 45 min during weekends. That amounts to hours a day as they can sit in and watch whatever the one whose turn it is is watching/playing. One can only start their turn after they finish their homework. They can also play outside besides this. If one has bad grades or bad behavior this privilege can be taken away. And they go to bed well before us. In addition, though i never hit them, i do make them stand “in the corner” when their behavior requires it.

In short, lots of parents are way too lenient with their kids, and what I see happening all around me is that the kids actually decide what they do and when and how, and that most actually go to bed well after the parents and in fact only when they simply are no longer able to stay awake.

This is related to the education at home and has nothing to do with schools at all.

My source for this: my parents were WAY stricter with me; I had no access to games/TV, nor pop, lol, except during weekends, and I’d take a beating now and then when they felt such was necessary too (even with the belt on some occasions) but I haven’t forgotten what it is like to be a kid either, nor in that situation, so I try to offer them the best of both worlds.

Nolan Bushnell was born in 1943, a child of wartime America. The son of a cement contractor, Bushnell dutifully took over the family concrete business at the age of 15 when his father passed away. But…

Here’s the website of a psychologist who’s been active in this field for quite some time: 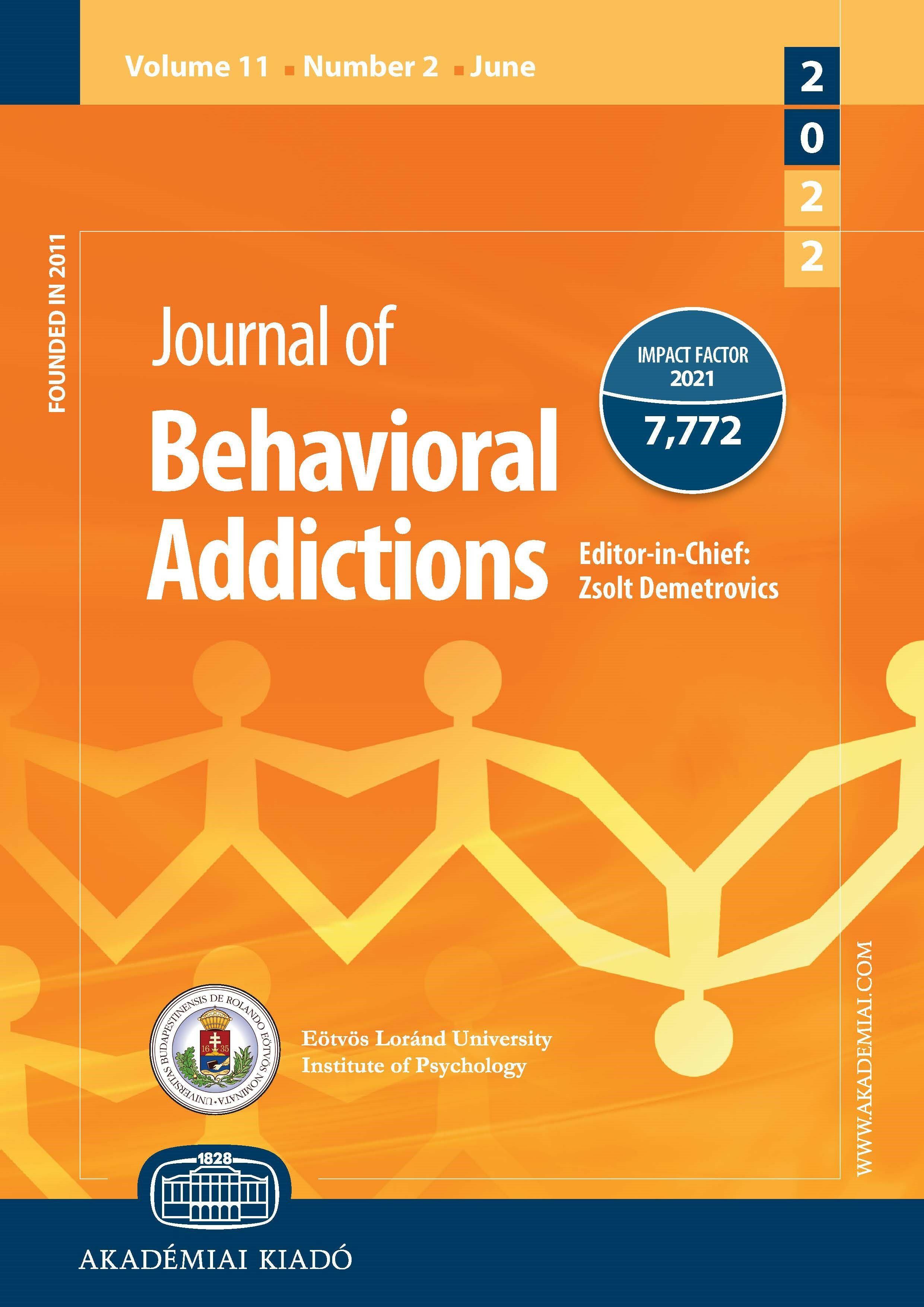 Is video gaming, or video game addiction, associated with depression,...

There are many more, of course. Heaps, actually. scholar.google.com might be a good first place to look at this stuff.

Last but not least, thanks for sharing your story. I hope everything got better for you and your family down the road in that regard.

I agree, what schools should do is like what Target does and just block out wireless internet reception in schools and rely on cables to each teachers computer so there is no chance of interference.
Basically like a WiFi EMP.

Thanks for the reply, I am aware of some of the material you have posted already, but I am a sucker for more knowledge therefor I will be reading some of your links. I made my post really to make other readers of this post aware of the dangers of late night gaming as it seemed to be lacking.

Thank you for taking the time to reply to my post, as a side note things became worse as a family unit. Soon after my eldest son hit 13 my marriage broke down after finding out my wife was having an affair. I carry a lot of the blame for how my two sons deteriorated because I wasn’t there enough to help them realise what their late nite (sometimes all night) gaming sessions was doing to them mentally and physically. A few years back my eldest son was diagnosed as autistic, although I suspect it may have been confused with Depersonalization disorder (DPD). As for my youngest, he is 22 living with his mum who does everything for him so he lacks independence and common sense of any kind. He sleeps all day and games all night.

Thanks again for your reply, and your kind references.