The news about free GTA V on Epic has been published on the largest Polish gaming news portal, Gry-online.pl. It claims that they have a very credible source that they can’t reveal. ----> [UPDATE] FREE GTA V on Epic Games Store today 5PM CET!

that would be completely insane

Haven’t played GTA 5 in quite a long time. I never played the story mode but my best friend and I used to goof around in the online mode, and got basically all the best stuff for the time.

I’ve heard mixed things about the new stuff with how expensive it’s all gotten, but the heists were super fun.

you should definitely play through the story; it’s good stuff, not great, but quite entertaining and fun

I saw this earlier. I can’t believe it. No way would Rock Star do that…but we will see! Good god, it will be the second highest quality game they gave away.

why would rock star not sell copies of their game to Epic to give away at a heavily reduced price? The games given on Epic are paid for by Epic (obviously not at market price), not given for free by the publishers.

Then there’s also the fact that they make way more money by selling their shark cards than from selling the game itself (so increased player base means increased revenue), and they’ll probably get a great deal on sales percentages from Epic on whatever they sell there in return as well (meaning even better than the official split).

AND then there’s also the fact that this might put ALL THESE NEW USERS ON THEIR OWN LAUNCHER and sales platform, which might be the real reason they’re doing this.

I’m thinking the real reason they do this is to put all these ppl on their launcher in the first place, in which case you won’t be able to do that.

I don’t know if that will necessarily be the case (is it for RDR2?), but it certainly is the case for Origin and Uplay games.

It just doesn’t seem like a move they would make.

Well If I can’t mod it on Epic launcher then I’ll just have to make Epic vanilla and R* modded.

I have a theory that Xbox doesn’t let games that are on game pass be given away anywhere, and this game left game pass a week ago, so that supports this idea.

Another thing supporting this is that it’s not on the store already when Rockstar has already brought RDR2 to the platform.

I know, we’ll find out tomorrow, but it’s fun looking at trends like these to try to figure what might be given away in the future.

i think that they’ll be one and the same copy, launching it from Epic will open rockstar launcher and launch the one installed there

Wait… that would actually be insane, especially since Steam and Epic users could cross-multiplayer because of the Rockstar Launcher…

I kinda doubt they’ll do that, though. Rockstar is kinda money-hungry, but maybe they think that GTA 5 has been out long enough, and that the sales of it hasn’t brought in much money anymore, so they might as well release it for free because of microtransactional income?

why does everyone think rockstar would be giving it away for free?

it is known that Epic games pay for the games they give away (albeit without a doubt at heavily reduced prices cuz of the sheer number of them [or at the very least some other form of compensation, whether it be in increased percentages of future sales or whatever])

As I was reading your comment I was thinking maybe they’re giving it away free because of GTA 6, then I saw

As far as I know the steam version of the game isn’t connected with rockstar launcher, so an epic games version probably wouldn’t be either.
Only time will tell.

As far as I know the steam version of the game isn’t connected with rockstar launcher,

obviously; they didnt even have a launcher back then, so that wouldnt have been possible in the first place

their launcher is not even a year old 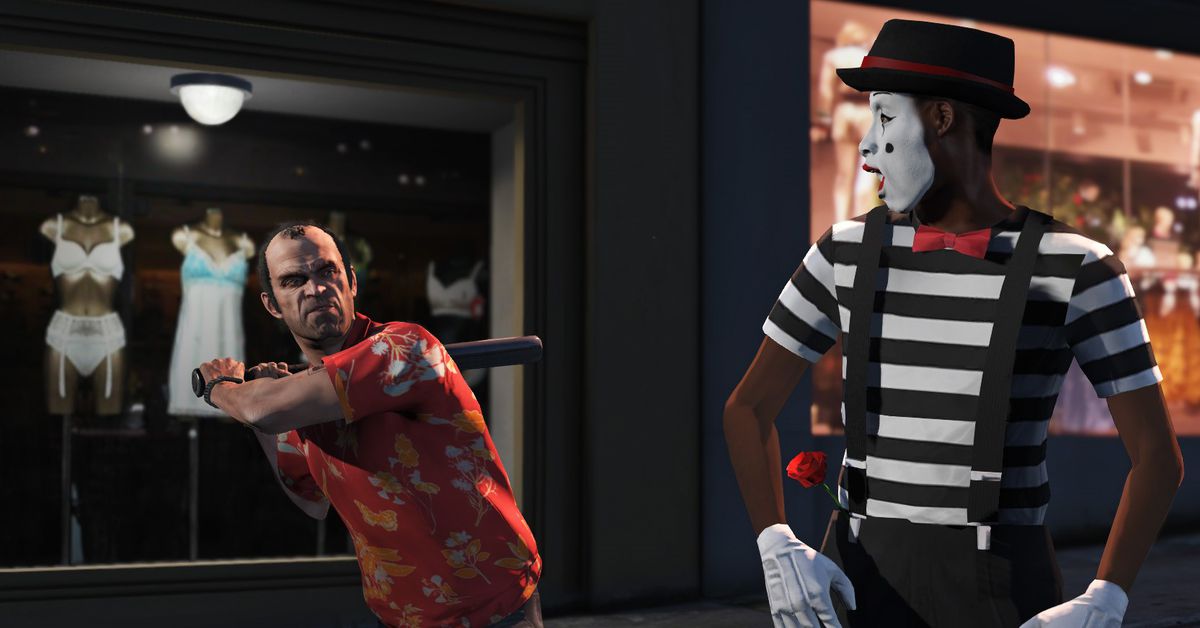 Rockstar has its own game launcher, and GTA: San Andreas is free

GTA San Andreas is free, and other games can be purchased

Would be nice, but I don’t think it’s GTA V. So don’t get too hyped on it yet.

dude, there’s actual rumours, like, on internet and shit