Hello friends, as this is very kind and knowledgeable community i decided to ask for some help. So please help me find something relaxing and enjoyable to watch. I would prefer some Anime, but it could also be a movie or cartoon.

I am looking for something with 80s style (doesn’t have to be), with lots of dark scenes and great ambiance, i don’t like much talking, so something will less dialog that displays more scenery and landscapes. Something that has good story which is flowing very slow (has pauses between chapters that fit in perfectly) , it is simple and is cunning (like having unexpected outcome) . And the last which is very important, has enjoyable soundtrack or music (by enjoyable i mean in Vangelis style or some underground band)

Something like Vampire Hunter D 1985 or Steamboy, but different. i would prefer horror with little humor or no humor at all and older stuff from the 80s, 90s

Thank you, i am looking forward to your answers.

Not sure if you’‘d like it, but I’d recommend watching Your Name without spoiling it it’ starts out as a body swap story (between a female and male character) and it has an ok plot from there. (Imo)

Though it’s not horror, it’s more a romance with weird plot points that shuffle around.

Beyond that maybe Puella Magi Madoka Magica and School-Live!

And yeah Parasyte The Maxim too.

Higurashi no Naku koro ni.
Not even going to say much about it, it hits on most of your specifications and it’s wonderfully horrible. Though closer to 90’s style animation than 80’s. If you wish to inspect it further then follow the link.

Mushishi
Not horror of any kind but it hits high on the scale for slow flow stories, scenery and landscapes. It’s rather new but you couldn’t tell by the animation style. Highly recommended.

Serial Experiments Lain
Slow, weird, oldish, much of the story is actually told through environmental clues and atmosphere. It’s not an “enjoyable” watch though but it is intriguing. The kind of series that you might get a lot more out of on the 2nd watch a few years later. : )

Psycho-pass
This one kind of falls outside everything you’ve specified but for some reason it was the first title I thought of when reading your post. Don’t even know why, but it’s a really good series and thought I’d mention it so you could at least look it up and figure out if you think it might suit you or not.

So far that’s mostly been anime from the noughties and later, I have not seen an awful lot of series from the 80s and 90s much less anything that would directly fit your criteria. I believe the oldest series I’ve seen is Bubblegum Crisis which is good but I’m not sure how it fits your preferences. I generally try to steer away from the more famous series and movies as most people have already seen them, anyone can recommend you a handfull of Gibli movies so that’s generally pointless but have you seen the old Berserk series?

Also I second the recommendations already made by @Satanwee and @Madway, especially Madoka Magica, if you’re looking for a great soundtrack.

Oh, oh!!
I just spotted another series in my list that I have to make an edit for.
Kemono no Souja Erin The art style and especially the intro to this series might confuse you for a moment. But this series is by no means for children. The story is slow paced and full of both heartwarming happiness and tremendous tragedy.

Which reminded me of From the New World also more of a tragedy series than horror. I don’t like hyping media up for people as that tends to detract from the experience and at this point I think I might have strayed entirely from the preferences you stated but there’s a lot of beautiful landscape shots in it. It’s good though, really good… you should watch it. : )

Just one more recommendation.
This isn’t an anime but one of my favourite movies ever After the rain a Kurosawa samurai movie. It’s a pleasantly slow and mostly peaceful story of a ronin and his wife stranded at a country in waiting for the rains to stop and attracting the attention of the local lord and his entourage.

Dark stuff as far as scenery has rarely ever been done well in anime. Anime relies much more on psychological shit, it’s easier on the medium.
But yeah as far as what you want… I don’t know man, something like Berserk or Hellsing Ultimate perhaps?

[quote=“Madway, post:3, topic:5726”]
Not sure if you’‘d like it, but I’d recommend watching Your Name without spoiling it it’ starts out as a body swap story (between a female and male character) and it has an ok plot from there. (Imo)
[/quote]Sure loved seeing that movie hyped as the greatest thing ever for a year only to have it be mediocre. I mean it wasn’t terrible, just really boring.

Koe no Katachi, another movie that came out this year is one that is much easier for me to recommend. It’s up there for best anime movies of all time, I mean it’s no Redline but that deaf chick is real good.

Sounds like the movie Drive would be your jam. 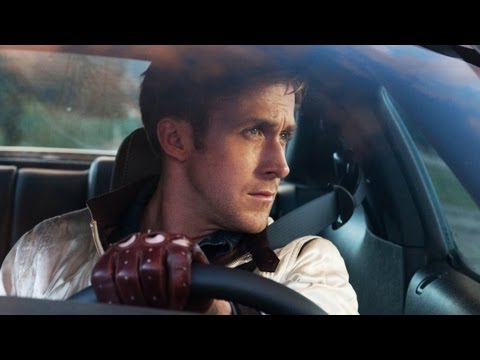 Got an old school aesthetic, dark themes, fairly slow movie though hectic in certain scenes, more about the visuals than anything else and I believe the main actors have very little dialogue between each other (and i think the main actor Ryan Gosling has very little dialog at all throughout the movie), the actors felt it was better this way so they didn’t do their lines. Can’t remember the soundtrack but I think it was ok, tbh this movie wasn’t my type of movie, but it is highly acclaimed and I think from what you described it might be in your wheelhouse.

Fits the bill perfectly, I think you’ll get everything you want out of it.