The ‘‘skeleton crew’’ is at the time of writing this post manned by about 25 employees remaining to finish up the current project.
(Edit: It’s been confirmed to be a ‘Minecraft story mode project for Netflix’ instead.)

Update Telltale Games, the studio behind games like The Walking Dead and The Wolf Among Us, is all but closing its doors, the company confi

I… don’t even know. How to feel but absolute sadness.
So many people without jobs.
So many franchises without proper conclusions.
Fuck…

Oh! Just started to get into them.

I was also psyched(as well as many other fans) for a second season of Wolf Among Us.

So many franchises without proper conclusions.

yea when i saw these news my first thought was, “oh fck, please don’t make those games vanish into the void and disappear from sale just because of a bankruptcy”

tho what struck me as “odd” was the suddenness of it… like, if a company is struggling why not lay off in stages to try and rein things in, part with some assets and so on… ?

damn this is such a volatile industry… “crash and burn”…

a second season of Wolf Among Us.

idono, the way i read it smells more off “tying off knots and lose ends, -before packing it up”, ie finishing what they have on the table now, like Walking Dead, and whatever outstanding “obligations”/contracts they have, before then (maybe) closing up the shop

maybe, just maybe it’s not total doom and gloom, and this will be the shakeup for them to ditch the formulaic approach that clearly didn’t serve them as expected/well enough

Wasn’t there another company that went back from some hundred to a couple few because they wanted to regain focus in their projects? this certainly sounds like they getting ready to shut down thou, but truth be told, I only ever liked The Wolf Among Us and the new king’s Quest game.

New information came to light. They have confirmed that after ep2 of TWDFS releases. It’s officially over for good.
Also the skeleton crew is in fact actually working on a ‘Minecraft story mode project for Netflix’.
This is probably the last bit of info we get, until in the coming weeks where they’ll explain in clearer detail.

That sucks for them. I was personally never much of a fan because there games were designed for 1 time use, but so many people losing there jobs really sucks.

there games were designed for 1 time use

one time use? I played a couple more than once just to get other outcomes

According to various anonymous leaks (workers laid off working on the game), The Walking Dead was among them and after episode 2, there will not be anymore content release. I was always under the impress that when the games hit the stage it is in now, the episodes were already done, but the more I think about ti now, the more obvious it is that isn’t so. If this is true, I hope there’s grounds for people to refund/get their money back because that would just be really messed up.

I’m just really sad I won’t get to see what happens in S2 of Game of Thrones, all because they couldn’t manage their business better and swamped themselves out with too much work due to success getting to their heads. Now they’ve let their employees down and their customers.

Oh, I see someone just above mentioned TWD. I hope it is false about the episodes, but it is looking pretty bleak…

I thought with their recent batman series and some of TWD stuff and GoT, they would be doing better than this. It seems really sudden to me.

Nah, I’ve seen this coming since Minecraft Story Mode. They flooded the market with so many different projects based on big and expensive IP without the proper people’s interest to match with.

On top of that, they failed to innovate the engine and were pretty lazy about localization. It may sound silly, but none of those games are translated or dubbed.
One would think that such casual games would be pretty successful on console or mobile, and yet I personally don’t know anybody that plays TT games. That’s because 99% of the people in my country doesn’t undesrtand english at that level.
Mainstream licenses needs mainstream treatment.

@Inferry King’s Quest is from The Odd Gentlemen and published by Activision. I LOVE that game! 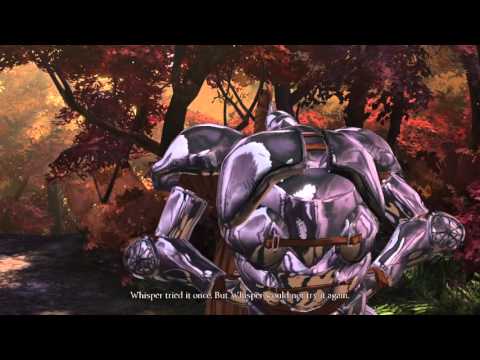 In the last article above i posted, USGamers’ sources says the season is done when they release ep2 this next week. But so far not 100% confirmed.

And yeah. I hope at least people on Steam will be able to refund it, even though Steams rules of ‘two weeks and then no refund’ has happend for, i’m guessing most people.

I was personally waiting for the full season to finish before i got it.

I believe the format Telltale was using are,(and don’t quote me on this) they make some rough storyboards. Then record the voice actors lines for that entire season around those storyboards. After that they begin properly constructing and making the current episode(SFX, models, textures). Which took 1 to 3 months. Depending on different circumstances.

stuff always looks the most interesting -“when it’s canceled”

Star Wars 1313, Scalebound, Silent Hills, even the original Prey 2 to a certain extent.

Fuck you heart! Why you wanna care about non existing video games?

I thought with their recent batman series and some of TWD stuff and GoT, they would be doing better than this. It seems really sudden to me.

That. I believe is their biggest problem. Due to the success of The Walking Dead, they got overly ambitious. Buying up well-established licences and then those games underperformed. They kept wanting another success like TWD but it never happened. In fact, the whole reason I think they were able to acquire said licences is off of the back of TWD.

They should have focused on one project at a time. Tell TWD story but finish it, not leave it for years and then go back.

Then there are those completely useless after shows that they had. What was the point of that? More money wasted that they must’ve known they did not have.

Then we have the actual writing talent. When you have a game so heavy on story and not gameplay, you need to ensure you have strong writers. The writing in Season One of TWD was solid but by Season Two, they had multiple writers of different episodes and it all felt uneven/disjointed from one another. Like the writers weren’t collaborating, like the two writers (if I remember correctly) of the first season had done.

The biggest kicker for me was when they brought out Game of Thrones, the first episode was solid but as it went on I began to see the pattern emerging, not just, in that game but ALL their games. The formula. When I start seeing the man behind the curtain, I cannot unsee it.

Each episode was coming out every 4-6 weeks but then after episode 5, they waited months to put out an unsatisfactory, short ending that just annoyed me no end.

Not to mention I had the game on PS3 and it was an absolute mess. It was buggy, it stopped working so often, I began to say to myself, ooh in GRR Martin’s World of Ice and Fire, even the games are being killed off.

I never bought any other game from them after that.

While it is sad, it isn’t all that surprising and definitely not sudden. They had to lay off people around a year ago. The writing has been on the wall for a while now because when this^ keeps happening to one person, me, how many others have given up on them too?

This is an abridged version of my gripes. You can thank me later.

EDIT: Erm yeah, what WikiTora said basically. I could have summed that up much shorter it would seem. I never noticed your post @WikiTora until after I made mine.

Hu… I actually didn’t care at first, but now I’m kinda sad. At least I still have some tradepaperbacks of Fable lying around I haven’t read yet.

I sure hope they finish final season of TWD I even pre ordered that on ps4. If it stops after 1 episode gonna be annoyed. Sony doesn’t like to give refunds much either.

this just make me sad

At least Wolf Among Us ended pretty conclusively. The comics seem well regarded by fans. Could you recommend them, or haven’t you read any of them?