I got this game for my kids as I’ve been waiting for a long time to get them some BR as their pc can’t run PUBG, Fortnite, or Radical Heights, and they absolutely love it. My 5-year-old said it is better than Fortnite (ROFL), while the older ones said it wasn’t better than Fortnite but definitely better than any other game i ever got them (and they have 63 games on their Steam account), lolz

so y, for what it’s worth, it’s dirt cheap and it will run on half a potato:

as their pc can’t run PUBG

how come this will run on french fries glued together but pubg wont?

i mean look at it… i can barely tell the difference

looks like a decent priced find “for the offering”

This looks like it can actually run on my Lap, so you know it will run

even without streaming “activity” taking up resource, i’ve seen tons of mentions about how it wont even hold steady 60 on 5Ghz i5/i7cpu with a 1080ti, or such, even the multi core cpu’s 6-8+cores from intels high end line supposedly also fails to maintain steady framerates even when paired with a fcn titan… i mean,… comn…
and that’s just the technical aspects that’s bonkers, then there is the ridic rampant cheating +ban system (where streamers are apparently almost immune regardless)
the insulting xbox port job release,
including mtx in early access, not just that, the worst fck kind, loot crates, with bs keys etc, marketable -artificially inflated rarity,
Bluehole going after “clones” -despite being 100% unoriginal themselves, and culminating in them suing epic in korea(because they are chicken sht cowards that know they wouldn’t have a remote leg to stand on in any other court)
all pretty much means that, even if i weren’t “tired” of mp/mms-shooters like that, there is no way in hell i’d even consider tossing a fraction of goodwill scraps towards bluehule & pubg
srs, fck them in their abysmal greedy fcn over-bloated ego faces

my 5-year-old just can’t understand why i don’t get this game here for myself, lol, he keeps asking me why

Well, I remember PUBG having constant stuttering and framedrops on my own system. So… I applied the same fix I tried with The Evil Within 1.

In case you weren’t aware, Rules of Survival has been around for a while. It’s pretty much the whole reason why PUBG and Fortnite rushed to mobile devices, the game took off almost instantaneously and came out roughly around the same time that Fortnite introduced a Battle Royale mode. I wasn’t aware that it was available on Steam, though.

wasn’t aware that it was available on Steam, though.

(as often “paid” f2p games do)
i’m guessing if someone were interested in the “old”/other free version, there is little reason to not try this out anyway/or if already using the shop/currency

i’m guessing if someone were interested in the “old”/other free version, there is little reason to not try this out anyway/or if already using the shop/currency

Yeah, I really can’t complain about $3. Heck, I was happy when Quake Live became a $10 purchase because it finally threw out the monthly premium services and forced account deletion. I don’t mind a transition to a paid model, as long as it’s done right. When you shaft your regular players in order to transition (or you leave all these former F2P mechanics that leave the game feeling grindy and empty anyway), that’s when I draw the line.

In case you weren’t aware, Rules of Survival has been around for a while

well y, and that’s why i can’t explain to my 5-year-old why i don’t want this game, I can’t crush his dreams, innocence, hopes, and aspirations by telling him his GOTY is a trash mobile game and that I don’t play shit like that, HAHAHA

so i merely tell him i don’t want it myself but got it for them, lol

What a shitty game

If I remember correctly, Bluehole sued Netease over this game. The same Netease that yesterday signed a $100M contract with Bungie.

I can’t crush his dreams, innocence, hopes, and aspirations

Sorry to say it but dreams are made to be crushed, innocence is meant to be abolished, isn’t hopes just a fancy word for dreams, and what the heck does aspirations mean?

Dreams are something to strive towards; innocence is one of the most beautiful traits in this world, once u lose it u can’t ever truly get it back; hope is what keeps u going; and aspirations can be googled, but it is that which u hope to achieve

I thought this was poor man’s pubg 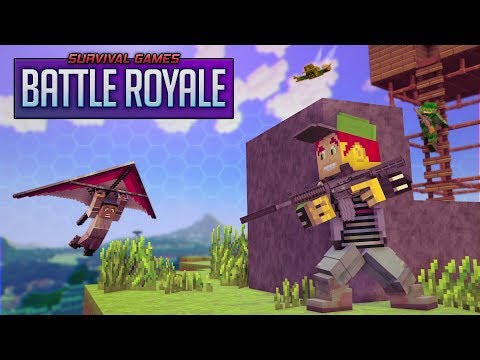 Hey, there’s no such thing as a “mobile game.” It’s kind of like singling out Soulcalibur over platforms… if it’s good, it’s good.

PUBG and Fortnite definitely don’t have a 300 player count to brag about, I can say that for sure.

I got this game for my kids

I am so disappointed in you, Harith. How could you wreck your children’s future like that???

Such reckless parent behavior. tsk tsk for you.

SWEET, RECREATIONAL GAMES for your children, such as:

A fine example of a fawn game for your children.