Okay, so it doesn’t say directly that there revealing the console itself but they are revealing games for it at least. Next week on June 4th at 4 pm EST. I’m assuming there going to be revealing a bunch of first-party games that will be out around launch or in the near future after launch. I really hope we see the console itself, I’ve been waiting so long!

You’re Invited: A Look at the Future of Gaming on PlayStation 5

Tune in to see the future of gaming.

What if after all the games are shown, someone says “Oh and one more thing…” and bam!! They show the console.

It would be a great way to end the show

OMG yes! But it could also be a giant troll and they just reveal some other exclusive like the next spiderman game or horizon 2.

Wouldn’t mind that either

But I think right now the thirst for the console design is bigger.

I just want to see the design of the thing. I doubt I’d want one (can’t afford either), but I mean, backward compatibility is unlikely to be implemented. >.> Willing to see if I’m wrong on that.

its suppose to have it but only with certain games and like on Xbox one it will likely add support for more down the line.

Mark Cerny already revealed that the console has BC for a bunch of games.

Also, every ps4 game from july 13th onwards will have to support ps5

I remember how everyone talked about backward compability like it’s going to play EVERYTHING Playstation including the first console, everybody talked like that was something settled, I was like - gonna need a decent TV bc I’m getting this console even if i will have to survive on potatoes and oatmeal for half a year.
and then it turned out it probably won’t even support all PS4 games, and everyone became like “why would you even think it would be technically possible”, still can’t understand how one thing became the other overnight.

3ds is still one of my favorite consoles ever just because it can read nds cartridges with 0 problem, and because it can play so many Nintendo games from even older generations. Even if it’s counted as a dead console, there are still so many great games to discover because of that.

Still, I have great expectations towards the new PS, it’s always a gamechanger.

still can’t understand how one thing became the other overnight

This. This is why I stopped using Facebook and have never used other social media, because this right here, happens a lot when people start talking, lol.

Oh yea the 3Ds was amazing. I played the shit out of mine for years. Then Gr. 7, 8, 9, 10, and 11 came around. By Gr.12 I started playing the crap out of it again and I even got a bunch of friends to give it ago and every day for basically the entire Gr12 year we would play, usually Mario kart together on our lunch break.

As for the backward compatibility part you mentioned for PS5. When I saw that I was excited but I knew it wasn’t likley. Having all that support would have a heavy toll on the PS5, and boost the price a lot more then it already will be. But it would have been nice to have BC back to PS3

BC back to PS3

Truth. I wouldn’t except them to go all the way back to PS1, but yeah, some compatibility would be a cool bonus. Heck even Windows can’t do games that ran on previous builds too well. (I could say a lot more that, but nah, no shade).

PS3 has a very different architecture than the rest due to the cell processor, which back in the day devs said it was a nightmare to code for. So yeah, the best bet is for some games from that era to get remakes/remasters or they implement an emulation mode.

On PC we have the advantage of having the mod community that find ways to make older games run well on newer OSs and many times even fixing issues that the devs never bothered to do it.

I feel it was for the best given the circumstances. I don’t really agree on the backlash I found in some replies to the tweet especially during this time.
Also I changed the title to have the correct spelling of Playstation

Good call on Sony for this.

I heard the new date is June 12th. 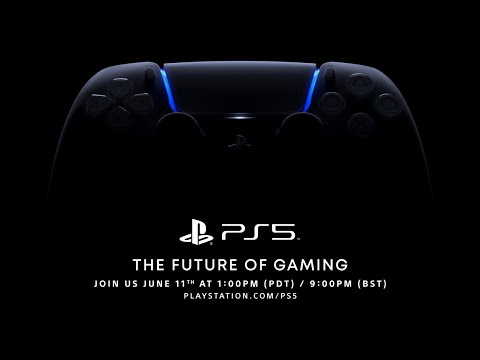 I definitely wasn’t expecting this to show up today!

The thing looks lit! I love the colour scheme and comfortable the headphones and controllers look. Got to win the lottery.