Playing: Mindjammer, An RPG About Chronies IN SPAAAAAAAACE!

when eventually I make us die

Don’t worry, I’ll accidentally kill you before that happens :3

@hivefleetbothan
What do you mean? like coming with I wanna be that guy that dies first or I have to make a character sheet with numbers and such?

As per the point 2 in the OP, Chrono or rather Discourse does not support colors.

I’d be up for playing too, I initially didn’t post because I don’t have much free time, certainly not last weekend, but if we are playing-by-forum I’m in. Unless that makes too many players?

@Halcypher Welcome to the group, I can probably contain the boundless energies and keep the campaign going with up to 8 people…5-6 is certainly no problem.

Discourse does not support colors.

Drat, ah well… I suppose it will have to be italics, bold text or something else clever that you choose to use… As to your second point @Inferry : Mindjammer is a game about transhumanism IN SPACE!!! with a strong emphasis on the Transhumanism… There are a lot of options for who/what your want your character to be… And a lot of choices to be made in character creation (since the quickstart guide only provides pregenerated characters I am going to post a spoiler here about character creation (to be filled in when I have a bit more time)

What I really want is for everyone to have some idea of what sort of character they want to play, a genetically modified human? A Robot? A mentally elevated animal/human hybrid from some recently discovered planet? A Bear?
In addition to that, what role do you want to play in the party? Savvy science officer? Gung-ho Engineer (who I cannot stress enough should not be Scottish… just to avoid the landmines of memes)? Mute mind-scape navigator?

, I wanna be a roboto made by Honda :v

Dare I ask what kind of robot? I assume a ‘true’ robot, but what sort of role do you want to play? Like what purpose does your robot serve (really what occupation do you want to have)?

I’m the type that relies on hacking and stealth but sucks at combat cause it’s frail and prone to failure under heavy stress.

I’ll be using these 「 Hello 」 for my “In Character” lines

I really like the idea… So you are an AI that used to control a much bigger base (which if you want to still control the base, would be an installation type synthetic) but now only has a much smaller body? I would suggest you change the wording for your High Concept to be a more specific description of your character: ‘Tool without a Role’ or ‘Purposeless Servant’ maybe even ‘(Metaphorical) Shark in a fishbowl’? The high concept should describe your character and something about you, check the example character sheets for an example of this. It should also give you something to call on, since it is kind of an aspect. Feel free to use specific language to describe how your AI has made this adaptation (if this is an important part of your character that is).

Also, clever choice of speech identifiers, will be hard for me to miss those.

I suggest you change the wording for your High Concept

Help me out then

Nor do I need a master or have a role I need to fulfill, I’m just trying to figure out things so I’ve no idea what could be a good descriptor there.

I wanna be a roboto made by Honda :v

I want to be a robot making hondas.
Just a welding arm bolted to a factory floor by a conveyor belt.

@Inferry Ah, that makes more sense then. When you ‘clichéd as that sounds’ I kinda assumed we were going for a more 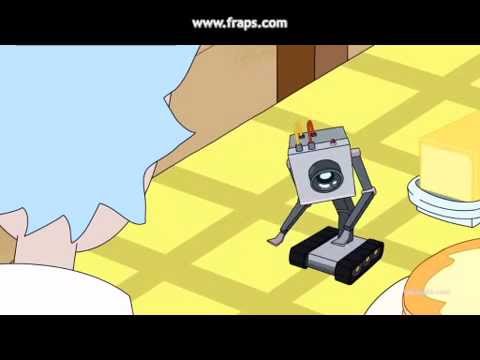 Kind of robot.
But if you were told to leave the facility, as a robot, but still control the facility (I will need to consult the rules on how far constructs avatars can be from the installation and still be in contact) then I guess your high concept would be something like: ‘Historian (Robostorian?) Seeking Meaning’? Someone manipulated/helped you, and now you want to know how or why?

@Fraggles You COULD do that, but the big question is what sort of story do you want to tell? The struggle of a party to make every mission have a token car chase so they constantly need new cars repaired? It can totally work, but having an immobile party member does put a lot of requirements upon the sort of story we can tell.

Someone manipulated/helped you, and now you want to know how or why?

That’s the one I guess.

Also, we could have @Fraggles in my installation building cars

Just want there to every once in a while throughout the entire thing be a notice stating that “Assemblage unit 3 has created a new vehicle.”

Done.
@Inferry how about a concept of: ‘Abandoned Facility Seeking Answers’?
Also, how about instead of waking up inside the robot body, you woke up (as the facility) with no knowledge of anything beyond your core personality and then uploaded yourself into a nearby robot in the facility. I ask this because otherwise how would you know you were the facility?

Because I was in containment in the original facility, I was just a project there, the facility had it’s own AI, as per my story I woke up already in the robot and immediately got contacted by someone and got told to get away before things got worse.
Time after, I found a second place where I put myself in control and now I live there while having a nice RC toy to go places with.
I just focused on the robot, since it was the actual character I was gonna be playing with

I can’t think how to explain myself better, I may be even noodling things more.

No that makes sense, see I assumed you were the one in control all along.

I am fine with that backstory.

EDIT: I forgot the Commonality Culture, like an idiot, so I updated character creation to reflect that.

Now @Inferry as a core world culture you get to pick from the following cultural aspects (or make your own if you don’t like any of them): The Old Ways are best, The Core Worlds ARE the commonality, Status and Reputation Above Everything!
As an installation you use the Maintenance rules for healing, gain your own skill list (more on that later), have your own action type, and gain a systems stress track. And must spend at least 2 aspects (one of which must be a genotype aspect).
Mandatory Extras (deducted from your extra’s budget): Mindscape Instance (you possess an internal copy of the mental internet!)
Mandatory Genotype Aspect: Exotic Transhuman Intelligence: You are far beyond what most people consider alive that you’re forging your own path. Who Knows what you might become?
Invoke: To make a huge intuitive leap, make brilliant deductions, deal with concepts beyond human norm.
Compel: To be unable to connect with humans/other organics or understand their motives, experience dysphoria from your past memories.
I highly recommend that your second thing be a Construct Avatar, with either Remote Sensors or Marksman.

As a rouge you gain, the following permission: Illegal access to restricted military equipment of appropriate tech-indices, organizations as extras.
Based on your description of your character as a spy sorta being, would it be more of a gangster (working with organized crime) or more like an underworlder (living in the cracks of society)…

Quick note @Inferry if you want to focus more on your ‘robot body’ compared to the facility, you should probably take Mechanical as you originally decided. I was thinking you wanted to focus on the facility itself (which is you), making the installation option a better one for the narrative.

Oh my, there’s a lot bite at here.

Since it’s the first time I’ve ever played any of this I would like to focus on the robot so it’s easier but perhaps the facility could be more interesting to play? I’ll go with whatever you think it’s better for the story

So I get everything after, from Mandatory Extras apply regardless of which one I choose?

PS: Kids, take note of my mistakes, so you don’t embarrass yourselves the same

PSS: To the people involved on this, make sure to bookmark the thread and change the notification type from “Tracking” to “Watching”, that way you’ll receive notifications everytime someone posts anything new.

Okay so the first time you said this:

A mentally elevated animal/human hybrid from some recently discovered planet? A Bear?

Time passed and… yeah, I think I’m a bear hahaha

Okay so now the actual thing and you tell me what It’s not a thing, also help pls.

I looked some things in order to ease your pain slightly. But I have doubts, for example, I need to take one genotype aspect, that’s outside my 2 aspects?

If I need to choose one tho

And I have the mandatory extra: Large* bc I’m a thicc boi

I guess my occupation is Merchant, New Trader.

My aspect (If I understand this part correctly)

Could be “Bullshit” and the idea is that I’m good at bullshit like in the selling stuff, car person kind of vibe hahah but I’m not so good at straight up lyign, like yes or no questions, so I guess those would be the good/bad of that.

And my 1 stunt could actually be really scary.

I don’t want to go further so you don’t have to read stuff that probably needs change and I need to read the guide again hahaha so many things there, and no bears!

But so you know what I have in mind ^^