It’s a bit more complicated then I anticipated so I’m looking at the manuals extensively, because it’s way more new tech than what we had back in the day… Especially all the RGB controllers and unfortunately I was at work the whole day, so just got home and I can barely keep my eyes open 'cuz I slept like 4 hours last night

. Now I will try to connect the psu and the case cables to their respective places (mostly looking at the manuals), but I doubt I will have the strength to put it all together and fortunately I’m not at work tomorrow so should be running then if I didn’t damaged the MB yesterday lol.

, but first thing’s first > few shots of the building and cable management.

Everything looks kinda ok on this side, but damn Corsair fucked me over with that PSU… I’m really not happy for what I got for the price.

The PSU itself feels and performs ok, but the cables are really bad for that price and this is my only regret after not spending 20-30 more euro for liquid CPU cooler to mount on the top, but this will be the next thing I do after moving and getting the new desk. Never buying Corsair again though…

Really happy with the Cooler Master mid tower case for about 70-80 euro… can’t go wrong with that.

Gigabyte are screwing my light show though… MSI dragon power couldn’t avoid their shenanigans unfortunately, the SLI is working, but no double logo RGB for now… so much stuff to install.

And there’s the result and few pictures of it (like there weren’t tons so far :))

Thanks again for all the help guys, but srsly… Corsair disappointed me so much that I will never buy anything from them again.
Let me know for some benchmarks I can go through. Currently installing the free version of PC Mark.

They appear to be flat cables to me, designed for space management. Were you looking for braided cables instead?

Detaching those from a “modular PSU” was pain in the ass as well… and the stupid small clips they have to split the cables are just insane.

Oh I almost forgot… huge mistake I didn’t took advantage of m.2 SSD drives to save few bucks… I could have went without any sata cables and have few MS faster read/write speed

Dont forget two exhaust fans on top! They can make all the difference.

Looks really nice though , whole setup. Really specious. I have really limted space on my desk so i have almost no space for my mouse thus i cranked it’s sensitivy very high so i wouldnt need to move it a lot physically

I’m going to order a after market CPU cooler as well after my next paycheck , not RGB one but sleek black design , should look nice enough if i can manage to install it hehe, never done it before.

Be aware that getting the stock cooler compound off can be a pain in the butt. Make sure you’ve got some Isopropyl Alcohol (higher %, the better) and something to wipe it off with.

I recommend trying to get as much compound off with just the wipes first, then involve the isopropyl alcohol.

do you mean thermal paste? 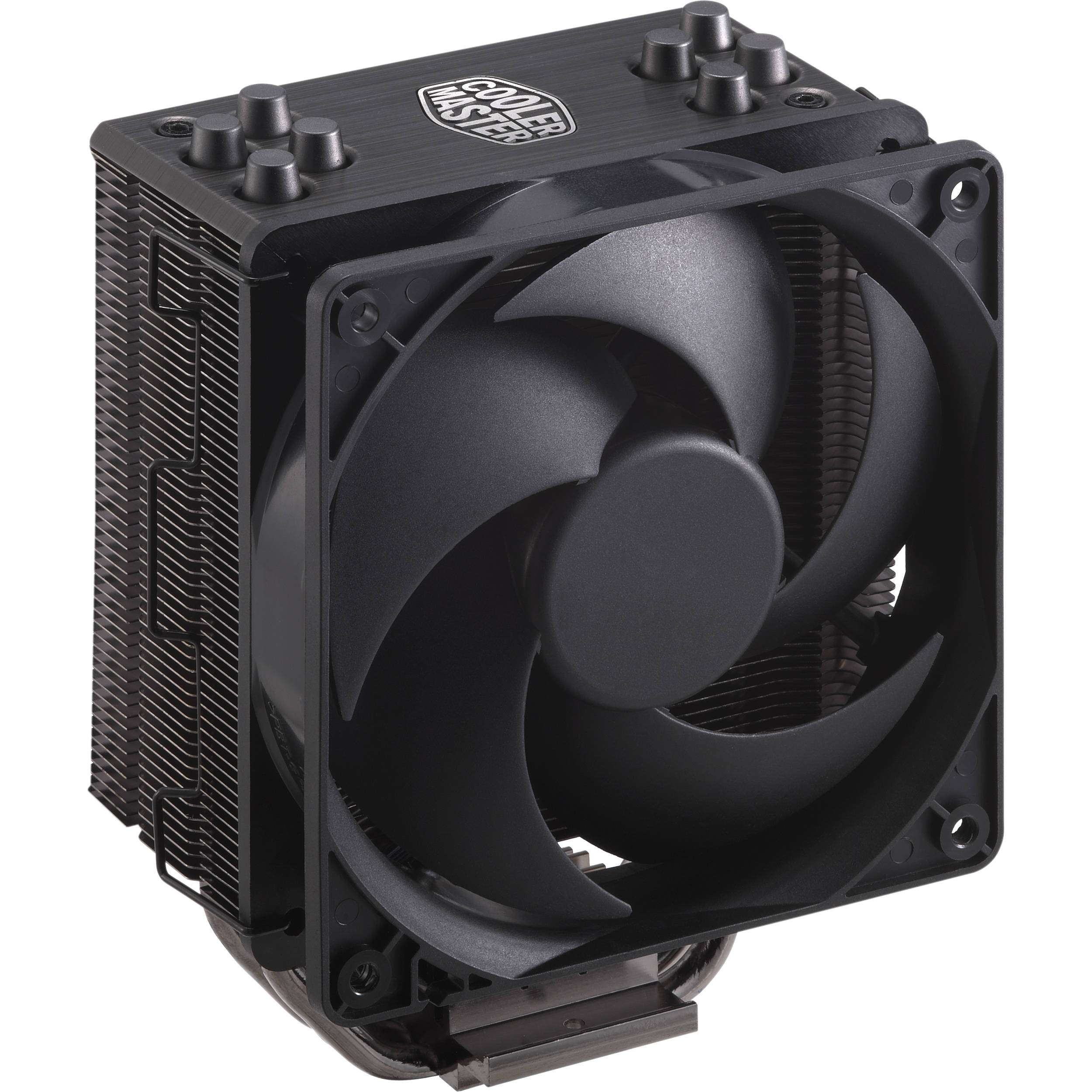 do you mean thermal paste?

Yeah. I personally prefer to the stock ones as thermal compound. Just because I feel it has different properties.

Thank you very much!

I think the cooler you chose will be more than enough cuz it’s the same as mine, but can’t confirm it just yet, because I’m on a working schedule till monday and I haven’t installed everything yet to properly test the temperatures. This cooler might come with Cooler Master Gel pro like mine did… but not certain for the non RGB models. The paste is rated to be pretty good. Keep in mind it’s a bit big so check the size specs - I can’t put RAM in the first slot cuz of the fan and btw… you can buy another fan to mount it on the other side as exhaust one.

Initially my plan was to get top fans, but if I hit less than 80 degrees on loads I will just wait until I move to the new place… get the custom desk I need and mount Cooler Master liquid double fan CPU cooler on top to kill 2 birds with one stone and will make it look better

Corsair iCUE software just performed a no-no on my computer. It completely DESTROYED the performance of my computer doing some type of data calls or something to the CPU in such a way that it would literally FREEZE the computer for up to 15 seconds. This was verified by killing the process multiple times and seeing the freezing going away until the process restarted. Then while attempting to log out and log back in, it managed to bug out the NVIDIA driver (an maybe other things too) causing it to crash. It also managed to crash itself. The process was Corsair.Service.CpuIdRemote.

Upon restart the first thing I did was grab the host process (Corsair.Service) and attempt to kill it. Turns out it auto restarts. Also turns out that you can tell it to fuck off and force kill it and have it never start again.

Lastly, turns out it was the mother effing RGB fans that were controlled by that host process.

What is the issue with the PSU cables? I have an RM650x myself and the cables are excellent quality.

What is the issue with the PSU cables? I have an RM650x myself and the cables are excellent quality.

The cables are stiff compared to high quality brands. They say it’s modular… yeah it kinda is … if you want to break your fingers unplug that shit and break your finger bones. I will replace this PSU whenever I have the chance. I hope they stick with making ram or something…
Splitting the detachable cables was fun as well… cheap small pinches for which you need slim pliers.
The whole story kinda feels cheap in comparison to EVGA and CoolerMaster. It’s my highest regret after not going for liquid cooler for 20 euro more.

Nothing else I bought feels to be mediocre except the PSU by Corsair.

Yes the cables are stiff, that’s not a sign of low quality. Quite the opposite in fact, they will not break from wear or tear and they lay flat so they are easy to hide away. The clip to attach it to the PSU is indeed thick and solid, which means it wont break easy. It’s a bit of work to get them in and out, but it’s also not something you’re going to be doing particularly frequently. I never needed anything but my fingers to set up the connectors that have alternative pin configurations.

You have a strong tendency to distrust the different and you like things to be the same as you’re used to, please don’t confuse your personal discomfort for factual quality issues. What you have there is a high quality PSU that is likely to deliver steady and reliable power for as many years as the current PSU standards hold.

If @onLooSe doesn’t like the feel/look/working with them, that is just as valid of a reason to get something else regardless whether or not it’s a quality issue.

The emotional side of buying stuff is important.

Yes the cables are stiff, that’s not a sign of low quality. Quite the opposite in fact, they will not break from wear or tear and they lay flat so they are easy to hide away.

On the contrary compared to better manufacturers. The whole deal feels cheap. Stiffer are easier to break compared to braided ones.

The clip to attach it to the PSU is indeed thick and solid, which means it wont break easy.