Old Games Flying Back in your Radar

In the interest of making sure I never have a decent percentage of my game library played, I’m always looking for games that I might have missed, and I’m guessing many of you are the same way.

Any games in particular that you kind of forgot about for a while, but are currently looking at again?

A long time ago, I played a demo on console for Syndicate-- not the original, but the JJ Abrams-worthy reboot with ridiculous post-processing, crazy weapons, stylish visuals, 4 player co-op shooting, and a dope dubstep/electronic soundtrack.

I was under the impression that it vanished for legal reasons or something, but apparently that’s not the case! 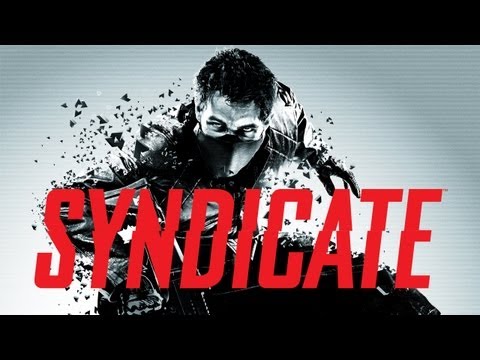 On that note, that soundtrack… dang!

Not too long ago I came back to try and finish Divinity: Original Sin Enhanced Edition, I made lots of progress, even tried to keep my characters roleplay in check via google sheets, getting all the stuff they gonna need to have and all, but I ended up being sucked into other game again.

I’ll definitely try to finish it, won’t be getting the new one (not that I will be able to play it smoothly anyway) until I conclude the first story.

Right now I got back to Grim Dawn to at least finish the first difficulty, enduring the low fps I have with it. I really like the game, so that’s what keeps bringing me back to it.

There are still other ones that I wanna revisit to finish achievements, like Dust: An Elysian Tale, an Adventure Time one… And some that I wanna finish the story: Ara Fell, Earthlock: Festival of Magic, Shantae: Risky’s Revenge and so on…

And some more that I have installed and never played, but still want to.

Ah… this thing… Don’t own it, but I’m in love with the monster designs so much. Sometimes I watch the trailer in Youtube just to squeal in joy at the cool enemies.

My oldest thing now is Devil May Cry 1 which I’ve never finished (or got pass the 1st boss, lol). Trying to learn to play Stylishly (it’ll be a while, heh)

Alone in the Dark, 1, 2 & 3 are definitely old games - only discovered recently though. Now that I know how to kick, can def. die fewer times. DOS controls are wonky, still, must say the 1st game does some pretty good and mega creepy camera angles.

forgot about for a while, but are currently looking at again?

then i’ve tried to remember some of them, while decided to make my install base smaller, and adding a "to play next"tag on steam in order to help keep poke me in their direction…
theeeen ofc Grim Dawn Forgotten Gods happened… aaand i might have “forgot” all about those again anyway atm

anyway, my current list is as follows (in no particular order):
“to play next”

other installed “to play some time” games:

^^also not counting games i should play, games i (also) “want” to play, or games recently bought -for either of the 2 previous mentioned reasons, but just didn’t install, because “already busy with X/Grim Dawn”

I always put it off, because when I was a kid I only played the first one and now I’m scared to finish the first 6 all together in the Legacy Collection. For some reason I tie this series to unclosed chapter in my life that I wish will never end.

Then of course after this I need to do the next good Megaman, which is 20xx

There are so many old games that I wanted to play and basically forgot about.

I always read through https://www.reddit.com/r/patientgamers/ and they tend to remind me of what I’ve missed.

At the moment I’m playing through good/bad SNES games and Crusader Kings 2.

Edit:
@CptMold Capt You scary with how fast you liked it.

Coincidence? This is way overpriced, but those memories…

Depends on what do you mean by old?

Recently started to play Dead Cells and Vermintide 2 again but that’s hardly old games just that i’ve took a break from them .

But i need to save up some cash for expansions i guess to make it more interesting.

Also thinking of replaying 1st and 3rd Dark Souls ( for who knows which time now but i always find wanting to come back to them after a break , just to experience world and struggle again) though i do not think i iwll have time to do that anytime soon. Just a thought.

I have few games which been in my backlog for years now but they are mostly garbage acquired while i was into buying lots of cheap bundles … i feel like i need to give them a go even though i’m pretty sure they will suck balls.

Ah yes and also been wanting to replay Grim Dawn but have same situation as with Darkest Dungeon. I fell like i need to get expansions for that to be worthwhile.

I decided to replay Punch Out NES on the Wii U Virtual Console about a month ago, and, let me tell you, it is HARD. The first few fights were a cakewalk, then I had to use save-states to constantly retry against Bald Bull. Then I got to the Piston Honda rematch, made no progress for an hour, and gave up.

Once I graduate, I am going to go back down into my basement dig out my old consoles and do 3 things:

I remember those games. Someone in my family still has them. I enjoyed them (never beat either unfortunately). Too bad the latest game to bear the Pikmin game really…isn’t…

Someone in my family still has them

I just checked, I’ve got Pikmin 2. no idea about the first one.

Games are undeniably awesome…old or otherwise.

KNIGHTS OF THE ROUND

One of the rare arcade games that I’ve actually finished…sadly no crowd whilst doing it though.

sadly no crowd whilst doing it though

I just checked, I’ve got Pikmin 2. no idea about the first one.

Pikmin 2 is super fun (plus it has co-op). Not to mention it is apparently really rare now.

Well I don’t have anything to play it on currently sooo.

I think I have that game on Wii…

I don’t think it’s super rare on Wii, since it was in a NIntendo Selects listing (It’s what I have):