The Kickstarter game Shenmue 3 is an Epic Games exclusive…

Meanwhile they were on Steam for a while. Getting my hopes up.

I didn’t back this game. Though I was planning to buy it because I played Shenmue 1. And Steam even had a good deal by having Shenmue I & II so I can play through all the (now boring and tedious) game-play before I play the latest release.

It’s too bad that all the backers getting a refund will not make a difference because Epic dumped much more free money on the developers. And I can’t even guess if the game will be good yet!

…Another well-off crowdfunded game bought out by Epic Games…This is getting ridiculous.

EDIT:
No refunds are given to crowdfunders. In litigation, apparently the difference in using kickstarter is that it is an investment, not a pre-order. The difference being you’re paying for the game that might exist or you’re paying for a game that will exist. So one allows a chance for failure, the other does not. If I understand the situation correctly.

But isn’t there gonna be some sorter legal ramifications? Doesn’t Kickstarter have rules for situations like this, so that the fans want be completely f’ed over?

And here i’m never played Shenmue in my life and do not know a single person who ever did.

In a sitch like this, what happens to the bonuses etc, the fans are supposed to get, according to how much they donated?

I don’t think there are.

Even if they sold it under the promise of it coming to Steam they usually avoid legal issues by making sure it’s clear that it’s a timed Epic Exclusive, so technically they didn’t lie.

Or just by never being clear from which stores it will be available in. That way they could have just said “Coming to PC” all they wanted without lying either. In which case they could make it a permanent store exclusive.

And even if you had a case for false advertising it’s often a big hassle and a major risk to pursue any legal action. Such as for example in the case that you win and ask for a butt-load of money making the company go bankrupt so they can’t distribute the game at all.

Also there’s the issue of having to pursue the case in the county they were operating in.

At best kickstarter could do is just pull all the funding from everyone, which could also cause more problems.

Lol. I’m not surprised. And I even tell people that if you didn’t play the originals at the time, it’s near impossible to appreciate it. Not to mention it was released on two out-competed consoles sega and dreamcast.

Here are some things that made it a “big deal” at the time.
Day-night system. Wow so life-like and realistic!
Weather changes. More realistic!
Quick time events. This is new and so cool!
Mini-games. I can play games while playing a game! Its like I bought several games!
NPC with daily schedules. What!? They don’t just stand in place? It’s like they’re alive!
And there were some thought provoking lessons for children to learn that are probably cheezy now.

Update: Refunds are not given. They keep all the money from crowdfunders.

The Epic Store is poison I tell 'ya… POISON! 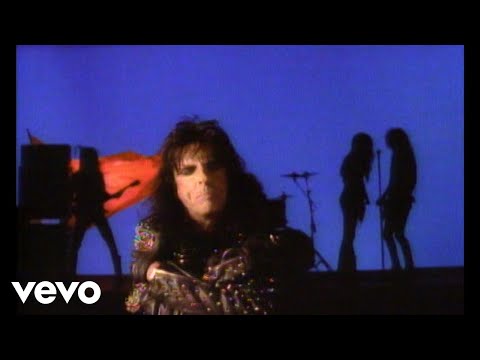 Another reason to probably get the xbox PC game pass. For people that didn’t back this game, don’t want to support Epic, and still want to play it, the first 2 are on it and they have other Epic exclusives so imagine they will probably get this one as well. I know that really doesn’t help this specific issue with the kickstarter project, but it is an option for others

Shenmue was great, I mostly just remember my job as a fork lift person.

I’ll probably pick it up for PC.