i’m currently trying to keep myself from buying a switch because i want to wait for the collector edition of pokemon shield and sword… but there’s nothing announced yet… do you think we’ll get a collector for this game or since pokemon go had it’s own switch they wont do it?

I’m personally hoping for a smaller and more comfortable Switch before Sword/Shield and AC comes out. I really don’t want the current Switch but I guess I might have to buy it.
But yeah we’ll probably get a small special edition like they’ve done before, a decorated dock or something.

Isn’t the hand held screen size pretty much the size limiter for the switch?
Wouldn’t a smaller switch simply have to have a smaller screen, is that really desirable?

is that really desirable?

It certainly is to me, but I can see others being less pleased over it.
All I really want from Nintendo is a gameboy and not a large uncomfortable hybrid.

Alright, but I’m having a hard time seeing how they would sell a “Switch S” or something, now with a 2" smaller screen!

They have in the past made smaller consoles because smaller has not had any sort of drawback in the past, but for the switch that would not be the case. I doubt you can look at past actions and say they will follow the same pattern here.

I would guess you’d probably be better served and more likely to get a new 3DS or an all new gen proper handheld than a scaled down switch.

Nintendo has said they currently have no plans to make a new edition of the Switch.

@Fraggles: I’d also like to see a smaller Switch, FWIW. It’s a 720p screen and many games don’t even hit that resolution in portable mode anyway, so a smaller screen wouldn’t be much of a problem, and it’d make the system actually portable. It’s true that a 3DS is better at being a nice portable system, but I want those juicy Switch games xP

Back on topic: I’d be surprised if they didn’t do a new Pokemon skin for Sword & Shield. Nintendo wouldn’t stop at having only one Pokemon edition if there’s an opportunity to sell another one. I think it’s worth waiting to see! And if they don’t release one by the time the games come out, you can always get a regular one along with the game. Mario Maker will still be there, and there will be more levels for you to play by then :>

I personally can’t see why you’d even want a big screen for such low res games. What I want (unrealistic I know) is essentially another Shield Portable. I know they can’t make it quite as small as a DS but a bit smaller is definitely possible. How would it be a drawback?
And I do own every 3DS model except the 2DS XL, so yes I do enjoy those.

I think the switch/ lets go bundle is a sign that they will do it again. i mean you do have those Pokemon super fans that will buy anything with the logo slapped on it so i think Nintendo will do it. if it is not announced by aug/oct just get one

Nintendo has said they currently have no plans to make a new edition of the Switch.

I’m guessing what you heard was that they said they had no plans too announce new hardware at E3. There have been many leaks lately suggesting that a Switch Mini is in the works.

There have been rumors for like a year already. I’ll be more interested when Nintendo actually announces it. 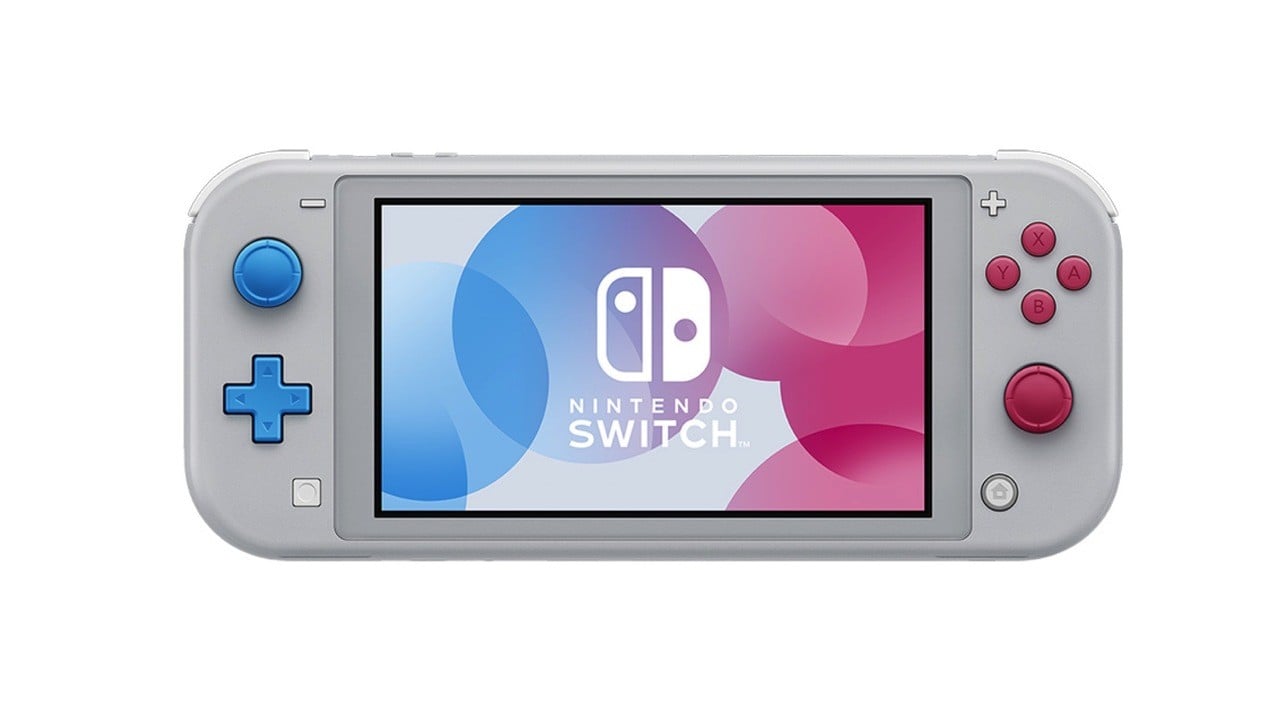 Available later in the year

Well would you look at that, they ARE making a smaller one!
I remain baffled as to why though.

are you fucking kidding me !!!

The thing is cheaper, that would certainly interest me, if it wasn’t for the fact that they removed the two things that made it an interesting system for me:

I’m just gonna wait for it to lower it’s price, even when Nintendo consoles seem to stay at their price over here longer than they should.

is that really desirable?

Alright, but I’m having a hard time seeing how they would sell a “Switch S” or something, now with a 2" smaller screen!

I want a small phone cause it’s compact, cause I can hold it easily and I can carry it around comfortably. The same goes for a HANDHELD console. The Switch is like wayyy too large to fit into my pocket. Also as others mentioned the low res would look a lot better on it. Basically the same as with the Nintendo 2DS. It’s cheap and it only lacks secondary features, so I could finally play some nice Switch titles without spending 330€ for a console + 1 game. The 2DS comes in at under 100€ + 1 game at times, if they manage to get the Switch lite out there for 200€ with a game I’ll be preordering lol

It’d be absolutely perfect for ppl with low budget who don’t care about playing on a big screen, I just want an amazing handheld so badly

Ohoho HYPE! Shame about the lack of tv connectivity but it’s smaller, cheaper, has a dpad… yeah I’ll have to get this.

I want a small phone cause it’s compact

it’s basically a 200E wii U controller, other than wanting to have a big ass gameboy i don’t know who would want that because you can’t even dock it to play on your tv with a pro controller

I want a small phone cause it’s compact

it’s basically a 200E wii U controller, other than wanting to have a big ass gameboy i don’t know who would want that because you can’t even dock it to play on your tv with a pro controller