I do like into the breach but its difficult

(Its also a bit of a puzzle game, need to play it again soon)
So you like tactics so you love probably XCOM2 too right? Tell @YQMaoski please

Who would’ve thought, a sloth likes slow paced games like turn based and not limited time rushy ones?

I would those are the best games, tbs is my fav genre

I do, never really finished Enemy Unknown, I was really close to, but then some other games took my attention off of it.

I have XCOM 2 but will only be able to play when I fix my main PC.

I definitely will, need to digest something like this slowly, otherwise I might have a tummy ache… 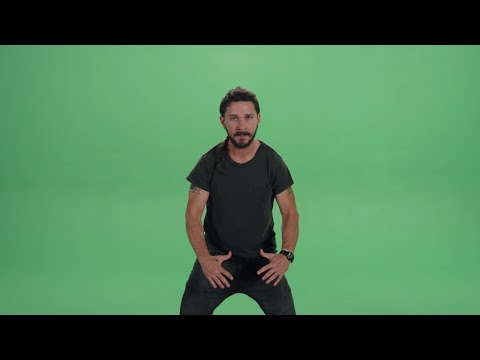 @Enki, I am laughing so hard right now… By the way, still at work…

Everyone needs to play (besides XCOM ofc) 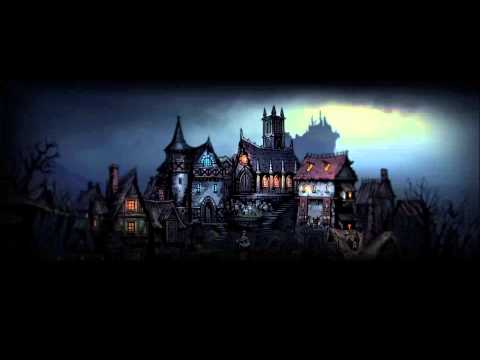 Will be marked on my grave.

Such an awesome game

Will be marked on my grave.

I keep hearing good things about this, and I’m a sucker for kind of gothic fantasy. Maybe if it has a good sale someday…

I think I’ve talked a little bit about the games I’m looking forward to in the past. Now that the big one (Psychonauts in the Rhombus of Ruin) ACTUALLY got a surprise PC port, I feel like I’ll be content for now. Well, I still need the first one on this list.

Chief among them, with zero competition:

I’m actually considering buying the Collector’s Edition, dope Raz figurine and all, if anyone I know would want a console version of the game (you can get an extra copy of the game on one other platform for $18 with the offer). Now, what can I say about Psychonauts that hasn’t already been said? This series is consistently perfect in worldbuilding, and a competent platformer as well. For me, the gameplay (while good) has always taken backseat to the incredible story it tells, the 99% perfect writing, the LucasArts logical consistency and subtle hints in their worlds, and the ability this series has to completely throw you off with twists that make sense.
Delving into minds that are almost entirely abstract, only to slowly figure out what the world represents over time as I dive deeper into their secrets is something that no game has pulled off quite as well. To name a few examples, Gloria [an asylum patient] was broken after a tragedy and mixed with her ambitions in acting. When you enter her mind with little to no context, you’re thrown into a stage with a single loudmouth critic and a muse that refuses to act. As you solve a puzzle involving running play scripts by an assistant, you find your way to certain objects as her tragic life story is explained by simple plays with terrible actors. Delving deeper and exploring the map will explain the whole story behind her. Every “world” in the game is full of this insane attention to detail, with each world carefully crafting an abstract section of the game that has its own distinct set of rules. Some are simpler, like Gloria’s, while the somewhat legendary “Milkman Conspiracy” (Boyd) takes the shape of a twisted and sprawling neighborhood with spies posing as neighbors and cameras around every corner.
Sorry to go on a tangent about Psychonauts, but… I just love this game. It’s something I only played the first time because nothing else would run on my computer, and while I did like it the first time a great deal, it was when I replayed it with someone that I really started to appreciate the insane attention to detail, the near-perfect story, and a lot of the things that simply flew by me a half-decade ago.
After that… 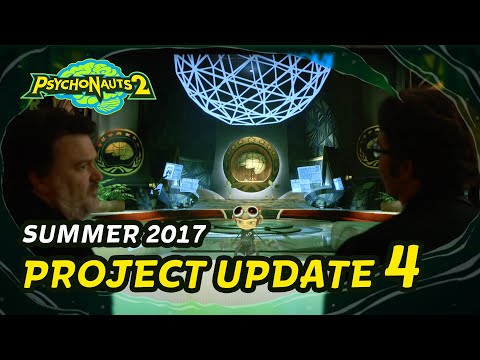 Two amazing looking open world games from an amazing publisher. Darksiders is getting another prequel that promises a good mix of 1/2 mechanics and dialing back the loot system a bit. They understand that 2 got a little convoluted and cluttered with its loot system. They’re also continuing their seamless design now through Unreal Engine 4, and I already love the new character designs they’ve shown. Will it top the first game though? We’ll see. 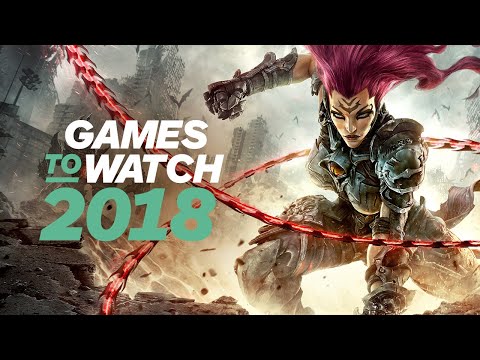 A new game from Installation 101, a company made of Avalanche Sweden refugees after the WB buyout. Looking forward to some Just Cause 2-esque jank in an open-world hack and slash. Once again, it’s the artstyle and worldbuilding that really makes this game stand out.

This one looks… weird. I’m definitely interested in a new XCOM/Wasteland style game off the bat, but there’s just something special about the character design of this game. There’s so much personality in it, and it genuinely looks like a great cast for a Wastelandy wasteland adventure. 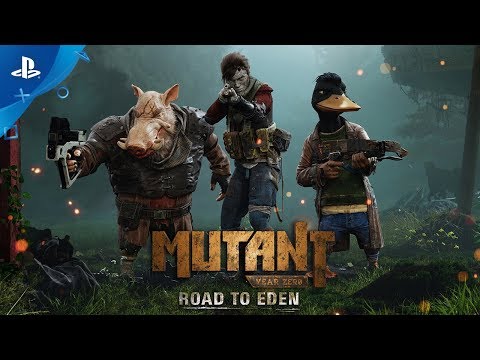 Crackdown 3 and State of Decay 2

Unfortunately, I can’t say I’m too excited for these anymore. Like Sea of Thieves, I understand that there’s a 70% chance I won’t be able to even download the game(s), and that Microsoft will never fix their barely functional garbage store. GFWL at least worked on my system, and downloaded games correctly. The Windows 10 store can’t even promise me that. It’s just depressing, as Crackdown is one of my favorite open-world franchises… well, ever, and the destruction mechanics of multiplayer make it seem like mindless fun has reached its absolute peak. 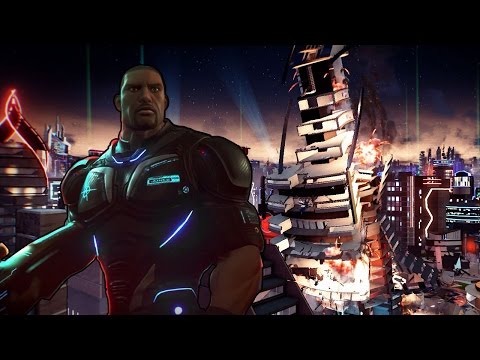 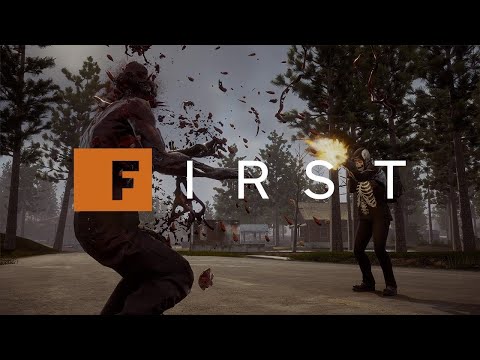 I’m only mildly interested in this one, if only to check out the surge of multiplayer population. It’s not like Darksiders 1, where an atrocious port was previously the only way to play. RF:G was a decent port plagued with DX10 performance problems and GFWL. The Steam Edition they already released fixed both of these issues, and then some. I know they’re going to completely rework the textures and all, and hopefully fix the dreadful audio quality, but otherwise I feel like my free upgrade will be more of a mildly entertaining replay rather than something that can really impress me. Call me spoiled, but they’ve already done enough for this game as it is, and I had my fun with RF:G already. It’s awesome news for anyone who hasn’t played it yet, though! 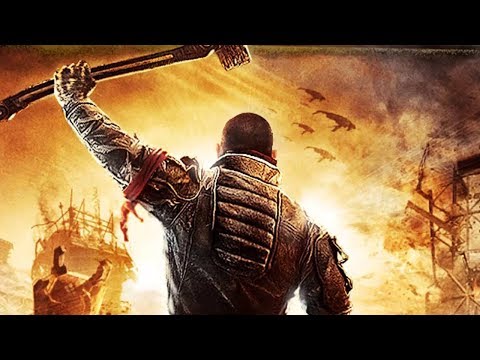 This guy makes some good points, but I don’t agree with his RF:A hate. The gameplay side was great, and I did enjoy the game despite its problems. Its primary issues are in its story and enemy design, not the actual linear structure.

That’s all for now. Did I forget something? I guarantee I did.

I also want to play Gears of War 5 the moment it comes out. Having played Gears of War 4… what an incredible reboot. I need MORE!

@DanosaurJr Moonlighter looks like it has potential. I will be looking forward to play that one in 3 years when it’s properly discounted or in a bundle somewhere.

Would also wish to get my hands on Frostpunk, I really do enjoy city builders and snow so this seems great.

Since I kickstarted Battletech I already have that one, but will probably let it sit for a few months and see if they can’t work out the most glaring technical issues plaguing the release version.

I like the look of that “Mutant Year Zero”. any idea if it’ll get a PC port anytime?

idea if it’ll get a PC port anytime?

I am currently watching the growth of this early access game…

have you looked at Secrets of Grindea yet? It is still in EA and lots of content still needs to be added, but it is somewhat in that Zelda type genre and we have enjoyed it(it is a co-op game as well).

I can answer for @Enki, I see it on his wishlist. 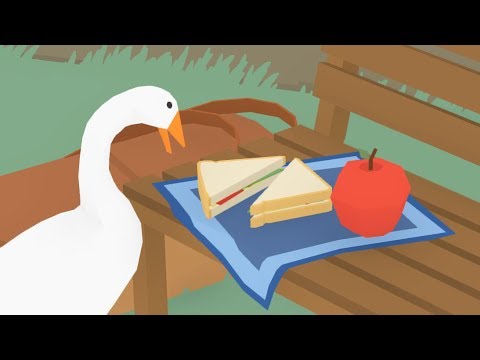 I really really want to play this last one. The goose antics with the music in this video remind me of those old school Looney Tunes.