Lets talk about GPUs (( Graphic Cards ) i need some suggestions )since most of us are stuck at home or bored at work.

So before this whole covid-19 thing i was investigating and choosing a new GPU to get in a near future since i m using 970 gtx mini for what seems an eternity now and with my recent PC rebuild it really proves to be a new weakest link in my system. Financial priorities for near future obviously have shifted to more day to day expenses but all of this shit show is going to calm down i still want to get something more powerful.

Once again i’m thinking around ~400 dollars/euros is my target budget so what you fine people could suggest me at that price in terms of best value for the money?

Currently, your price range fits a RTX 2060 Super or a RTX 2070, at a quick glance at online shops. Of course since you are not looking to get something this very minute means that things could change. Originally the RTX 3080 was rumored to be coming some time in Summer 2020, I am not sure if that’s changed based on the way the world is today. Though I imagine that a delay won’t be too long, if the original intended date was actually that. So I would expect to see some price changes when the next gen GPUs actually roll around, and if you happen to be trying to get an upgrade, once there are official release dates, you may be able to plan better, since closer to that time would be the usual shelf-clearing sales in preparing for the next batch of stuff…

Tom’s Hardware is a pretty good consultant and I often look there for advice, here’s an article from 4 days ago that I just perused and found to be fairly interesting, though of course not with any price considerations for these rankings: 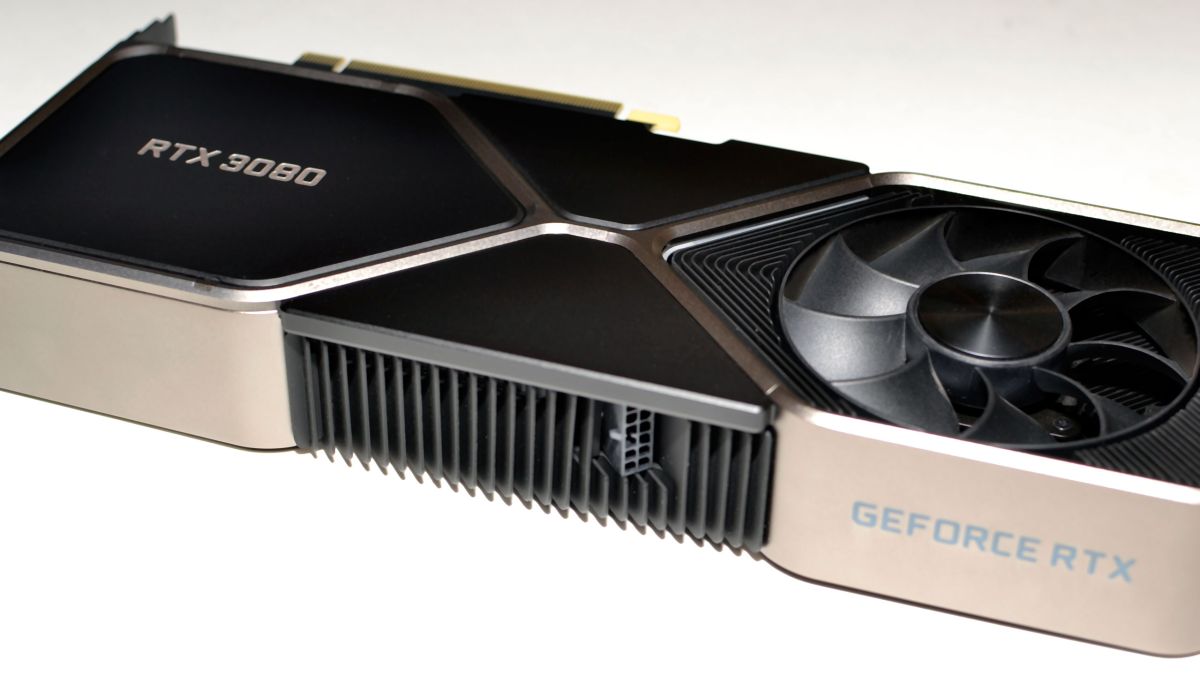 Best Graphics Cards for Gaming in 2022

Here are the best graphics cards for gaming, from high-end to budget solutions.

I would say at this point is just to monitor the way things are and wait for some more information about the next gen GPUs before deciding to pick out the specific brand/model and trying to get the best deals.

There are some RTX 2070 Super options out there in the 400-500 range right now, who knows if you might just catch the right deal in time to have one of these drop down into your price range to get a nice comfortable upgrade for a few more years.

I suggest you look on your local used market. Graphics cards usuaully don’t wear down that badly and you’ll save a good amount.

For a budget around €400? I would suggest the card that YQMaoski suggested. It is an all around great card. If you get the SUPER version, even better. I would wait for a sale (and they happen a few times a year) though and purchase that model. If you’re lucky, you’ll find a good sale on a 2070. This is all provided AMD/NVIDIA doesn’t release another card this year/before you buy again, but if they do, the price on the 2060 line could very well drop.

I know nobody asked for a cheap budget GPU. But I recently ordered this for $160. It’s a mid-tier graphics card for anyone else looking at this time. I hope it works! 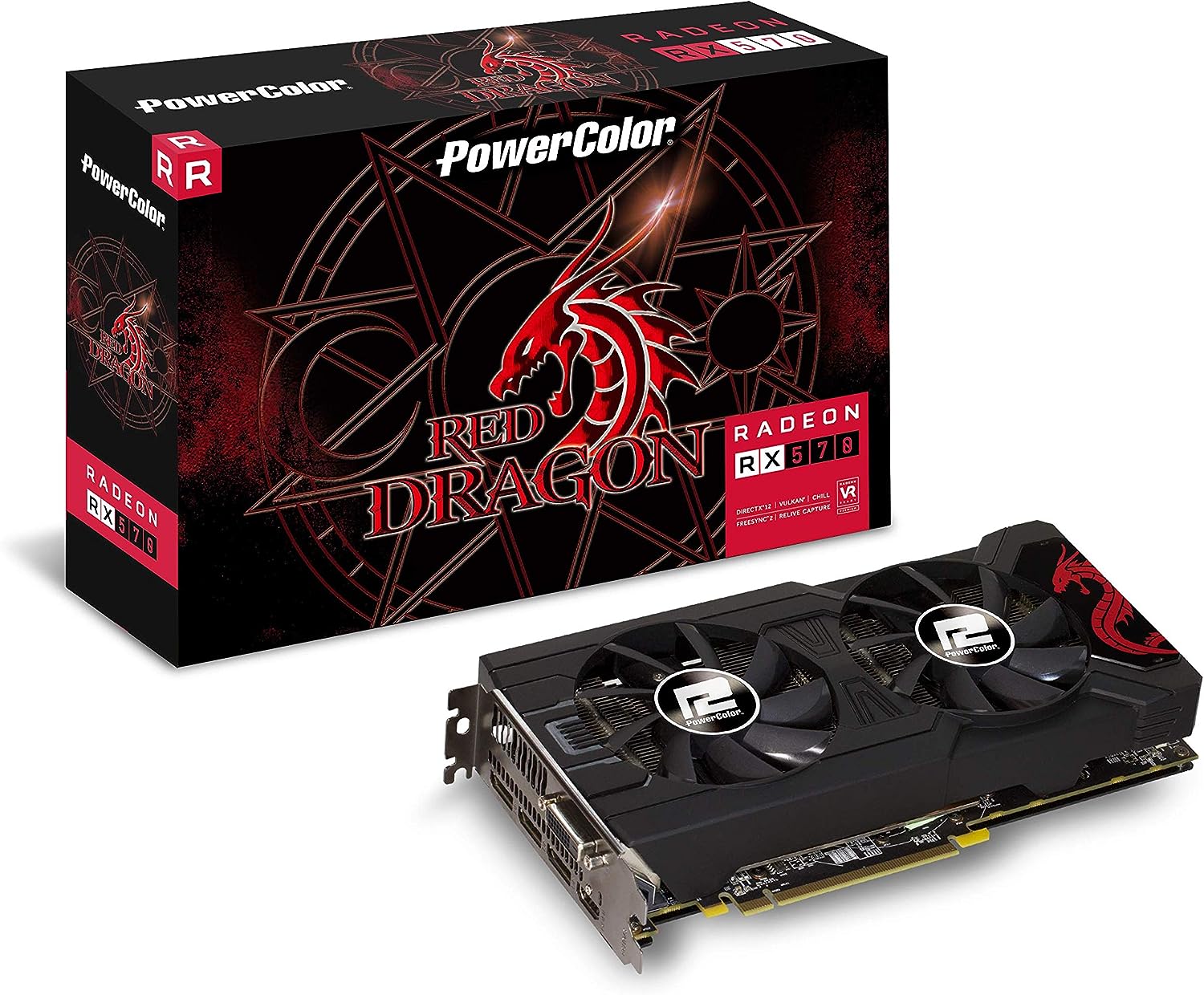 best value for the money

That would be the Radeon RX 5700XT

However, understand that NVIDIA has better driver support. A RTX 2070 Super will be in the $500 USD range.

That being said, NVIDIA and AMD are expected to launch the 3000 Series and RDNA2 this year. They have most likely been delayed by human malware.

500$ is a bit too steep for me but both your and @YQMaoski advice to actually wait for the next gen cards and see how much current gen prices will drop is a solid one. If RTX 2070 would go down to a ballpark of 400 $ i could snatch one . Though with such card i guess i would also need a new PSU because mine is pretty old and i’m not sure if it has right connector .

Radeon RX 5700XT prices down here are around 450eu mark as well. Gigabyte one is almost 480 while Sapphire is around 430.

I was actually referring to this RTX 2070, going for $400 right now on Newegg, I don’t know what you can see and what your price is: 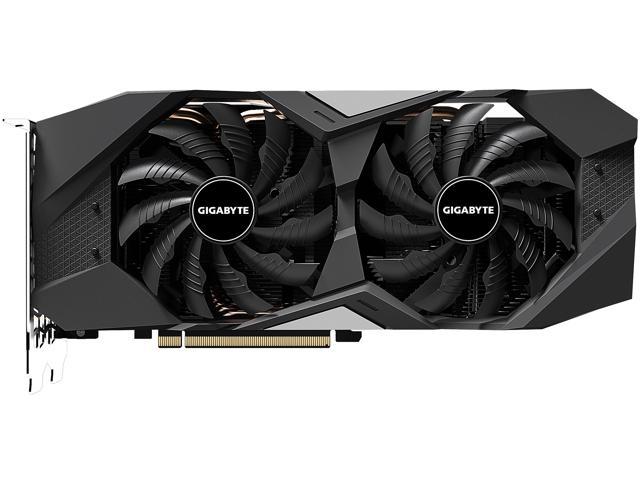 There seems to be several RTX 2060 Super models there for a similar price.

As for the GTX 10 series, I am sure the 1080 or 1080 Ti will keep you going for a few years, but most of the newer games with higher graphics demands will have the ray tracing focus, so I would probably not look at that line unless you really see a great deal that you can’t turn down. By later this year, they will be fully 2 generations behind, plus they are more expensive. In terms pricing, they still cost quite a bit. It seems that the 2060 Super has similar power in gaming rendering to the 1080, and costs less.

If you are really strapped for money and are just looking for some kind of an upgrade, you can probably find a used GTX 1070 used in your local market, since a lot of people switched out of those in the last year and half or so. If the used market isn’t an option, I would probably get something like this: I just took a screenshot, copying links in is more of a hassle on my phone.

lol human malware
To quote gamers nexus “the hardware is good but they need to get the drivers down”. The issue is that they keep saying they will fix it every year.

) . I’m also not sure if i wont be charged even more to actually retrieve the item because sometimes there are even more hidden fee’s for certain electronic items and you need to pay sort of import tax to ‘un-custom’ it.

Or wait. However, while I expect the new lines to show up this year. It is possible they get pushed until next year.

Honestly, unless you’re having a rather specific difficulty, IMHO upgrading your card would be a complete waste of money. That doesn’t mean you can’t or shouldn’t do it, because the same could be said for a lot of what we -that is, the gaming community- spend our money on. What you spend your disposable income on is up to you. Just don’t think that upgrade is going to change your world.

You’ll see a lot of online advice about how you “need” to have 8 Gb VRAM now that you can get it or what’s even the point of living. If you’re absolutely obsessed with every frame-per-second you get out of a game, you’re welcome to spend as much as you want on a new card. If you’re willing to turn down the settings a bit and just enjoy playing, you might be surprised with what you can get away with.

Case in point, I just upgraded my whole PC about two weeks ago now. I had been using my previous machine since 2013 and the rebuild cost me about $700. Obviously there were significant savings because I didn’t waste any money on things that were completely reusable: case, PSU, optical drive, OS, storage, monitor, peripherals, etc. Also, just as obviously, I wasn’t going to spend that entire budget on the VGA card - because you sure can if you want to!

So I got an RTX 2060 for about $300. Is it better than the GTX 760 it replaced? Absolutely. Did it change my gaming? No. I could run Shadow of the Tomb Raider / Dishonored / Deus ex / etc. just fine before. They looked fine, they played fine. They may look slightly better and play slightly better than they did before, but like most computer upgrades, you could only tell if you went right from one to the other. After two weeks, “better” is the new “normal” and it’s pretty much just business as usual. I suspect that if I could play everything I wanted on a 760, you can probably do the same and more with a 970.

As a side note, going from an FX-8320 to a Ryzen 5 3600X was a major improvement, but honestly I can only tell when I’m running a simulation or doing some other computationally-intensive Python task. Cutting a 10 ms operation down to 5 ms is beyond my ability to notice, but cutting a 30 minute calculation down to 15 minutes is a big deal.

Hmm i dont know if i can agree with you at that. While i get what you are trying to say here it really depends on what big o a upgrade we are talking about.

As someone who recently did a PC rebuild ( minus the GPU ofc,that’s why we are here now

) i can say that switching from fx-6300 cpu to ryzen 5 3600 for example is like day and night in some cases while on better optimized games it was also a fairly big change.

So my guess is that moving from 4GB GDDR5 to something like 8GB GDDR6 should be fairly noticeable as well.

It’s not HARD hard cap but you know, you can always add that +50$ and get something better not realizing that you are already looking at 1000$ gpus so i guess drawing that line somewhere is necessary while buying stuff like this there every 50$ buys you iteratively better product.

Well yes. But there is the point of diminishing returns and that occurs at or around I believe the 400-500$ range currently.

I have a RX 570. I paid nearly $200 for it. I honestly would say save up and get something a bit more than that (unless the 570 falls under $150, which it sometimes does). It isn’t a very powerful card, and a year after purchase, started to show its wear as new games came out.

RX 570 would be a bit too week of a upgrade for me i guess. Yes it has double the VRAM of my GTX970 but besides that they are identical more or less so i guess i would throw 200 eu and wouldnt feel like i had a decent upgrade in the end.

16 series is the same series as the 20 series. It’s a dumb naming convention.

And the 10 series is technically already two generations out of date.

I would say unless you are getting a 1080 Ti or maybe 1080, I would probably follow meowski’s recommendation

I have an RX570 8gb version by Sapphire and it’s very solid for me but that’s probably because I’m still pairing it with an AMD FX8320 oc to 4.4ghz. This combo nets me over 120fps in pretty much all my games. Some I can vsync at 240hz. For £175 8 months ago I’m still happy for a while.
You are probably past that generation of CPU’s though so moving forward and if possible I’d suggest 2060. My friend just got a 2060super and he loves it. He won’t shut up about it and all he has done since he got it is benchmark games instead of playing them